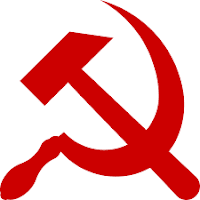 For the purposes of this article the word "socialism" is used to capture all of the main leftist political ideologies and "isms" the world has.  This includes socialism, communism, marxism, "Scandinavian socialism," feminism, environmentalism, the democrat party, labor party, veganism, and any political party/group that advocates increased taxation and a larger state.  It does so not only  to simplify the writing and reading of this article, but to also make a point about nearly every one who advocates these variant strains of socialism, which you will read below.

I ask you to consider the total human, financial, capital, and technological resources that have, and will continue to go into the Democratic Primary debates.  Just this one political party, of this one primary election, in this one instance of all of human history consumes a considerable amount of resources.

There are certainly the ten's of millions of dollars spent by CNN, NBC, and CBS to host the debates.  There are certainly tens of millions of more dollars spent by the remaining main stream media outlets to do their "post sports game analysis" shows to analyze the debates.  There will be no less than 100,000 new media outlets who will do the same on the internet.  Ever so roughly this will probably generate around a billion dollars in advertising revenue.  There will be hundreds of millions of people spending billions of human hours analyzing, discussing, and digesting what was said by these dozen people for a total of 10 hours.  And all of this will piggyback on the trillions of dollars invested in the cable, radio, television, and internet infrastructure built over the past 60 years.

But why exactly is so much time and money spent on these debates?  What exactly are all these media people and the hundreds of millions of viewers analyzing about what the Democratic presidential hopefuls have to say?  Is it that important?  Is it that complex?  Do we need several billion dollars in both explicit financial costs and implicit labor-cost-for-human-hours to truly understand what the Democratic party has in store for America?  Is their political platform so complex?

Unlike a single primary debate in a single election year, academia has been running for hundreds of years, chewing cud over (more or less) the same social, political, and economic issues.  And instead of just 12 people chewing cud for 10 hours, when you consider the resources that have gone into academia over the past 60 years, you are easily talking trillions of dollars worth of explicit financial costs and total human time costs being sunk into this endeavor.  Billions of humans spending trillions of years sitting in class.  Millions of pages written across thousands of books and research papers, which said students are going to be forced to read. And this says NOTHING about the millions of people outside of academia who read these books/papers, and then further go onto digest, analyze, and argue about what was in those books.

It gets even worse, because like with the democratic presidential primary debates, whatever discussion is generated in academia also gets out into the general public, prompting a further pissing away of time discussion by the general population.  You throw in the internet and social media, and nearly half the population is spending precious and finite human hours on Twitter, facebook, and other social media talking about what these academics and politicians have said.

You'd think we'd have a solution by now to all these world problems.  You'd think with more human effort and resources spent on any other problem facing society, we'd have solved poverty, hunger, humanity, economics, sociology, and so forth.  But we haven't.  We still need to debate.  We still need to discuss.  Some people are so ardent in their beliefs they'll protest, commit assault, dox people, try to get people fired, and violate people's freedom of speech.  We are just as far away from finding answers and solutions to these problems than when humans first started forming societies.

But this leads me to an interesting observation.  Is it that the political problems of the world are so complex, so nuanced, and so large that we need to spend more resources on analyzing them than we did putting men on the moon?  Or are we as a societal whole missing something?  A simple, singular thing we've overlooked and would free the rest of humanity from wasting our literal lives on this?  An Occam's razor of sorts that would make most of us go "oh," and instead of vomit political diatribe on the internet, pick up our golf bags and go golf?

I argue the second, because honestly, I'd rather go golf than debate an SJW online.  And that Occam's razor is that we are WAY overthinking socialism.  That we need to boil socialism down to it's basic tenets.  And that we need to understand socialism "simply."

I didn't not mention the democratic primaries or academia by accident. They are the most ardent promoters and supporters of socialism (again, I do not wish to hear from any of the groups mentioned above that they're not "socialist," they're "democratic socialists" or "vegans" or some other such nonsense).  But again, look at how much time, effort, energy, money, and resources these aforementioned people spend on promoting socialism.  It's jaw-dropping. The trillions of government grant money that has gone to fund liberal arts/social science programs that past 50 years, advertising for the democrat party, bribe money in the form of government welfare programs, propaganda in the public schools, the media giving a free platform to socialists in their shows and programs, even the people themselves dedicate their entire lives to the cause of socialism be they professors, researchers, politicians, activists.  No amount of resources has ever been spent trying to sell the American public than socialism.

Have you ever asked why?  Why are you CONSTANTLY being sold and promoted socialism?  Chocolate ice cream needs no such selling.  Video games need no such promotion.  So why on god's green Earth is the marketing budget for socialism larger than the US military?

Because socialism is simply theft.

I'm not being cute or coy here. I'm truly boiling down socialism to what it is on a genetic level.  It's nothing but theft.  It's nothing but parasitism.  Socialism is taking other people's money and giving it to yourself.  And everybody who advocates it is a thief, in one way or another, trying to steal real people's, real workers', real producers' money.  I would even argue socialists are advocates for slavery because you are not stealing workers' money as much as you are the time they had to forfeit to earn that money, making you a slave owner.  Regardless, that's all socialism is - whatever it's variant - stealing.

This is why so much propaganda, advertising, double speak, and orwellian language has to go into it.  This is why when you look at people who are promoting socialism they do not have real jobs.  This is also why you will see the main job of socialists is to come up with the most mental-acrobatic rationalizations to steal other people's money (privilege, isms, ists, oppression, wage gap, etc.).  And so when it comes to the Democratic primaries, or the world of academia, realize that all the pomp and circumstance, all the fancy words, all the made-up degrees and college classes, as well as all the fancy acronym and words they assign to their "advanced political ideas" (BGI for example) it's nothing more than

Therefore, I pose a question to the democratic candidates for president and anybody in academia when it comes to the solutions they put forward to solve all these world problems.

Do you have ONE solution that doesn't involve "more of other people's money?"

Again, I'm not trying to be cute or quaint here.  I'm just pointing out the emperor has no clothes.  I want ONE solution that comes from this entire multitrillion dollar industry and the millions of people it employs...

Do you have ONE solution that does not involve taking other people's money?

Ocasio Cortez is not a "visionary" who wants to "lead us into the new economic world."
She is a thief.

Nancy Pelosi is not a "strong leader, here to help out the little guy."
She is a thief.

Your sociology professor is not a "wise, learned man with 30 years research experience at the university."
He is a thief (and a fraud).

And your tatted up, nose pierced, feminist buddy is not a "feminist fighting for women's rights."
She is a thief.

And that is literally all that can be said about socialism and all of it's political derivations.  It's theft.

Check out Aaron's other stuff below!

Captain Capitalism at 7:45 AM