Posted by Captain Capitalism at 1:36 PM No comments:

Wanted to promote this gal that had me on her show.  She was very nice and I think is a bit of evidence that some women are at least becoming aware that all is not well in the dating world.

Posted by Captain Capitalism at 1:34 PM No comments:

An Intellectual Conversation with Linda Gross

If you can believe it, ole Cappy has time to post on his blog. Hopefully this trend continues as the housing chores abate and Cappy slowly gets his life back.

Today's post is a link to a show I did with Linda Gross where we had quite an intelligent and succinct conversation about the realities of marriage and the dating market today.  You'll enjoy it and can watch it here.

Posted by Captain Capitalism at 9:47 AM No comments:

Marriage is as Dangerous as Smoking Cigarettes

Posted by Captain Capitalism at 6:44 AM No comments:

Supporting a Family on One Income - It's a Choice

Posted by Captain Capitalism at 6:43 AM No comments:

Posted by Captain Capitalism at 6:42 AM No comments:

"The Menu: Life without the Opposite Sex" Now Available for Sale!

You can buy it here.

Posted by Captain Capitalism at 8:57 AM 5 comments:

Everything You Need to Know About Investing

In one simple podcast:

The Economics of Grifting

This is an e-mail consultation I did for a client who wondered about the red pill/manosphere and grifting.  I've obviously made my money selling various books, classes, and consulting services, but because of my economics background, I believe I have a more accurate and unique take.

Finally got time to answer this.
Here's the underlying economics of what's happening with all these guys and classes and grifters etc.
The United State and west in general has failed to raise the past three generations of men.  If you think about that, that is a TON of time parents did not invest in their children.  We are talking multiple trillions of human hours of training that should have gone into these men, and it hasn't.
So this is a MASSIVE economic undertaking, not only in the programming and reintroduction on an entire life philosophy for an entire sex, but also we ourselves had to research, test, recompile, and reconstitute this "data" or "information" or "philosophy."
Now, yes, modern day technology allows for the quick dissemination of that information making it free, but we're still early on in the relative compliation and reconstituting of this information.  And so the vast majority of the information out there IS available for free, but it is not categorized or organized like a library would have it.  THAT is the current stage we're at now, essentially organizing it into digestible bits that people can quickly reference.
So it's like walking into a library where the information you seek is in there, but, where it is is anybody's guess.
So the main service people are paying for in classes is for an expert in their relative field to compile all that information into a condensed form, be that a class or a book, etc.
So this is what you're seeing where people are all up in arms screaming "THIS IS FREE!!!!!  IT'S ON THE INTERNET!!!!"
Yeah, but do you have the 40 hours to listen to all of Stephen Molyneux's podcasts to get the 45 minutes where he talks about The Non Aggression Principle?  Or are you willing to spend $15 for a book or even $100 for a teachable class to have it condensed and conveniently presented for you?
And that's why I think people are offering these class AND people are paying.  It's more of a convenience of time saving issue.  Say you're some immigrant coming to America to study engineering and want to get laid.  You do not have the time to listen to all of Rollo Tomassi's podcasts about American women. But you do have the time to buy his book, take MLD's dating course, and Troy Francis' pick up school.  May set you back $1,000, but that's better than 3 months of fulltime listening to get it all for free.
That being said I think as time goes on, the internet will naturally organize these things into digestable, specific and FREE information packets and you can already do that somewhat already.  I KNOW nearly every one of those guys are sick of talking about the same damn thing (hit the gym, get a good degree, do the work, diet, etc. etc.) and is why  you see them branch out.  BUt also in their defense, they are BUSY trying to onboard all these young lost guys because they just keep coming.  We literally cannot unplug these young men faster than the rate single moms are producing them.  And we only have so much time.  So there IS a higher demand than the supply of time we got and YEAH, we're charging for it.
So I think what a lot of young men in the red pill communtiy fail to see is THEY'VE BEEN A PART OF THIS COMMUNITY AND OVER YEARS have picked up this information for free.  Which is great, but a lot of new people are coming in, there's only so many of us, and nobody is putting a gun to anybody's head to force them to take it, so yeah, we're going to charge.
Finally, I'm of the firm belief that people don't do anything unless they pay a price.  And I get sick of red pill theoreticians who will read books, take classes, consume YEARS of podcasts only to not execute on the advice therein.  And though it doesn't directly hurt me or any other content producer, the hypocrisy still pisses me off.  Thus, why I charge not only for my time, but the near-guarantee these people AREN'T going to DO THE WORK.  I make them pay a price so AT LEAST they have a financial incentive to DO THE WORK and thus, earn their money back and thereby improve their life or solve their problem.
But overall, the much simpler explanation is it's a free market and people are paying for it.  "What price do you charge? - What the market will bear."  But also "more than what my next highest opportunity will pay."  And right now there is nearly infinite demand for red pill truths from nearly ALL western men alive today who have been fed nothing but feminist lies and marxist propaganda their entire lives.
Think of nearly every penny, hour, and dollar that was invested in these men over the past 50 years, and realize it's going to take an equivalent amount of work, effort, resources, and time to undo all that programming and give them an operating system that funcitons in reality.  It's a monumental amount of work and there is obviously going to be money made in it.
Posted by Captain Capitalism at 9:13 AM 2 comments:

How Inflation Destroys the Poor

Posted by Captain Capitalism at 10:31 AM 3 comments:

The Girl Who Treated a Guy Nice

Posted by Captain Capitalism at 10:31 AM No comments:

The Economics of Raising Two Generations of Useless People

Posted by Captain Capitalism at 4:28 PM No comments:

Posted by Captain Capitalism at 4:27 PM No comments:

Posted by Captain Capitalism at 6:40 PM No comments:

Achieving Financial Excellence: The Most Direct Path Out of Poverty

I am offering a new class on Teachable - "Achieving Financial Excellence."

The main purpose of the class is to identify the quickest route out of poverty by identifying and cutting through all the bullshit that society throws at you in order to fool you (and profit off of you) as to what is real wealth.

Most of my regular readers/subscribers/viewers do not need this class, but if you are new, poor, or are having financial troubles and would like to resolve them, consider dropping the $99 on the course below: 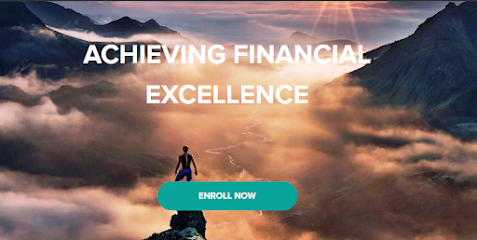 Posted by Captain Capitalism at 9:45 AM No comments: