"Everything Is Your Fault" 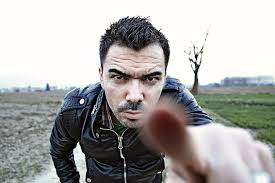 This is an excerpt from the book "How Not to Become a Millennial."  It's an important philosophical lesson because while everybody is acting like a soccer player, always injured and playing the forever oppressed, for those of you who wish to not piss away your life feigning being a victim, it is important to understand the concept of "agency."  For without agency and responsibility, you will never be successful.

You may find the book here.

We do not live in “Shoulda-Land.”  Only fools believe in “should.”  Because while the concept of “should” is real and we should always be aiming for an ideal, what is infinitely more important is what is.

But when your car gets stolen, your boss lies to you about the job, or you get raped The World of “Is” becomes much more real and important.

The concept of “should” also removes all power and control from the individual, giving it to society and fate, delusionally expecting the 12,000,000,000,000,000,000,000,000 lbs planet and its 7 billion inhabitants to operate in your best interests.  You naively and optimistically assume the rest of the world will do your bidding, be fair and just, and oblige by some moral obligation to take care of you.  But tempting as that idea might sound, it will not happen.  All you really manage to do in outsourcing your decisions and responsibilities to “fate” or “should” is relinquish all your power to others, putting you 100% at the mercy of others.  And if Chapter 33 taught us anything, the real world is evil and most people will take advantage of you instead of take care of you.

Still, most people want to live in “Shoulda-Land” because it plays directly to the most powerful force in the human psyche - laziness.  They like the sweet-tasting lies that we *should* be guaranteed housing.  We *should* be able to have a career in what we’re passionate about.  Government *should* make education free.  Men *should* like fat chicks.  And people *should* drive fast in the left lane.  But as we know from The Reality Principle, people who base their decisions in “Shoulda-Land” instead of The World That “Is” are doomed to fail in life.  And while a booming economy, with a large welfare state, and a naïvely democratic population can support delusional people for quite some time, in the end the real world wins, “is” trumps “should,” and millions of humans waste their lives.

Therefore, if you wish to avoid the fate of:

• a Millennial hoping for a bailout,
• a 48 year old spinster who is resorting to a turkey baster and her frozen eggs, or
• some sad pathetic Boomer hippie who’s reverse-mortgaging his home to eat that week

it pays for younger generations to commit to living in the world that “is” and to leave the idealistic poppycock of “should” behind.

Everything is Your Fault

This is not difficult or hard as much as it is being disciplined and principled.  Just as you commit to losing weight by working out and dieting right, you commit to living in the real world by accepting what is and accepting you are the one who is responsible for his/her own destiny.  But just as dieting can have some key tips and tricks to succeeding in losing weight, there are some bits of traditional fatherly advice (you *should* have received) that will help you the same in achieving success in life – specifically that everything is your fault.

This ultimate agency, this ultimate self-ownership means that though you don’t control everything in the world around you, the one thing you do control is you and your reaction to that world.  And no matter how unfair or how unjust the world may be around you, since you do control yourself and your reaction to it, at the most fundamental level you are responsible for everything in life.  Everything is your fault.  Simply because that’s the effective reality you live in.

Admittedly there is some nuance to this concept in that factually not everything is your fault.  If you get cancer, a meteorite hits you in the head, communists take over and shoot you, etc., these things are outside of your control and are thus not your fault.  But just as important as realizing that you are the only independent variable in your life, it’s equally important to be able to assess what you do and do not control.  Because if you try to influence things in life you have no control over you will not only fail and waste precious resources, but you will suffer unnecessary stress and frustration.  And in order to achieve this critically important ability to identify what you do and do not control, you need to master a philosophy called “stoicism.”

Another example is the previously discussed Zen one can achieve at work. You can go to school all you want, train up in certifications and skills, but at the end of the day your boss is so incompetent you end up filing and faxing when you’re capable of so much more.  Do you control that?  Do you want to get angry over it?  Or do you have the Herculean resolve to realize you don’t control the situation, you’re getting paid the same amount of money no matter what you do, you’re not getting those eight hours of life back, so in the end you might as well chill out and accept your fate?  Stoicism is no easy feat to accomplish.

But whether it’s Tilly driving in the left lane, Boomer Boss Karen assigning you fax duty, or Communist Cortez putting you on cattle cars, stoicism clearly breaks down the world into two things.  Things you do control and things you do not control.  And if you’re smart you will not even consider the things you don’t control in life simply because you cannot control them.  Why waste the time?  Why waste the energy or stress?  It is certainly in your control to respond to these uncontrolled variables.  It’s certainly within your control to forecast the communists will hunt you down, put you in a cattle car, and so you better move to Morocco before they come knocking on your door.  But you do not control those variables themselves, only your reaction to them.  So do not fret.  Do not get angry.  Do not rue the injustice of life.  Accept.  Predict.  Forecast.  Maneuver.  Adapt.  Even profit off of it.

The end result of practicing stoicism and living in The World That “Is” is an approach to life that is as practical as it can possibly be.  A life that is very much like a poker hand.  It doesn’t matter what cards you were dealt.  That was not under your control.  What is under your control, no matter how crappy the cards, is how you play the game.  And what results is not some whiny, naïve, wishy-washy entitled brat complaining about how bad their life is or how unlucky they are, who prostrates themselves in front of fate hoping the government bails them out or some other person comes saves them.  But instead a “best possible outcome” scenario where an empowered individual took control of their own fate to the maximum extent possible, accepted and acknowledged reality, made shrewd, often painful and sacrificing decisions, but in the end “won at life,” drastically improving upon the shitty hand they were originally dealt.


Live in a Van Down By the River

The question is simply do you want to take command of your life and make it as great as possible?  Or do you want to once again believe in the false promises of laziness and “Shoulda-Land?”  Do you want to own your decisions in life, take responsibility, do the hard work that is necessary to improve in life?  Or vote and hope maybe Yang gives you a $1,000/month welfare check or a 10% forgiveness on your student loan balance?

I am often reminded of that Iranian client I had who came to the US to become a doctor.  The one who couldn’t stand the site of blood, switched to Chemical Engineering, and his parents consequently disowned him.  Instead of whining or going to the government or returning home, heeling under the tyranny of his parents, he chose instead to live out of his SUV, shower at the gym, continue his Chemical Engineering degree and make a living as a chemical engineer.  I do not know what happened to him later in life, but I can guarantee he is doing better than any man demanding a student loan bailout, free Medicare, government-guaranteed jobs, or any other person living in “Shoulda-Land.” 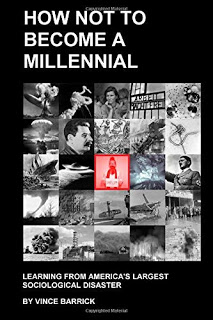 Posted by Captain Capitalism at 7:44 PM

Great column Cappy. If only the schmoos who SHOULD read this and change track WOULD read and make the changes necessary to achieve success. If only.