Are ANY Psychologists Mentally Healthy?

An interesting article at Campus Reform.

One Daniel Barrett wrote a piece at The Good Men project lamenting his whiteness.  Said piece is now gone (here's just click on this link AGAIN to see it's been taken down) because, well, it was stupid and it shows that the academic left and The Good Men Project are truly mentally ill and more or less hate white people, even themselves.

But whereas the left, the good men project and academia has long established they're merely worthless, leftist political organizations, I have another question.

Is ANYBODY in the psychology profession mentally healthy, or are all of you just a bunch of mental fuck ups? 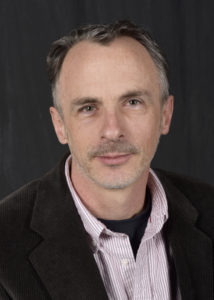 This is not a mentally healthy man.  This is not somebody I trust, nor would trust educating my children.  This is a weak, effeminate, self-loathing ideologue who should not be an authority on ANYTHING to do with mental health.  It would be like me being poor and giving you investment or financial advice.  Or Maggie De Block being the Belgian Social and Health Minister.

Academia is rapidly doing its best to debunk itself as an authority on anything.  I remember the days when "lawyer" or "professor" carried some significant weight with it.  Now, those titles are jokes and (if you're smart) should raise concerns, distrust, and doubts.  But there's still going to be some dupes who actually believe because you're a "psychologist" or a "professor" that somehow you are an intellectually honest expert and not a mental reject who could only survive with government handouts in academia.

I shall leave you with this one little study.  Just shy of 2/3rds of psychologists  reported having some kind of mental illness (depression mainly).  Nearly 1/5th debated suicide.  And given the self-loathing of Mr. Barrett (I refuse to call him "doctor"), as well as the outright hatred for men with the APA's "toxic masculinity" report, can you possibly trust these people? I think the psychological profession, in general, has about as much validity as astrology, communism, essential oils, and tarot card reading.  They're a hypocritical bunch, truly mentally ill people masquerading themselves as experts on mental health.  And while it is vital to at times have an independent, third party person to talk to about mental health issues, I'd suggest talking to a real doctor or the grizzled Vietnam vet psychologist who deep down inside knows it's all bullshit.  The misandrist, mentally ill, weak children who never set foot in the real world who claim to be mentally healthy?  Yeah, fuck them.  Get your ass kicked at Asshole Consulting instead.
Posted by Captain Capitalism at 10:41 AM

I've never believed in any form of mental health service, because I think it's all a crock of SHIT meant to give those in the profession a cushy job, not help truly sick people. It's sort of like a Catholic getting mandatory pre-marriage counseling from a priest, who's never been married and wouldn't know a fucking thing about it!!

Given the current state of the psychology profession and its war on masculinity, I would rather have undiagnosed schizophrenia than to see a modern day therapist.

The sick being preyed upon by the sicker.

One of the more disgusting and insidious uses of Psychiatry with a capitalised P is as a type of political crowbar to be used on people who have been designated Official Targets in some form.

It's called Forced Psychiatry, or Zwangspsychiatrie in German, and it's where the Psychologist abuses his or her academic and professional status through serving as a political agent against people who simply aren't liked for having unconventional ideas.

Sometimes Forced Psychiatry swings both ways, as in the curious case of Ezra Pound, the crazy-but-not-crazy person who managed to escape his charges of treason by being deemed medically out of his nut by a friendly psychologist.

But generally Forced Psychiatry is used as an instrument of state power, and the DDR regime implemented several schemes using it as a way to deprive dissidents and other people with unconventional ideas of not only their potential power but also the ability to conduct their lives as they saw fit.

When you see notable Psychiatrists or some who merely wish to be notable making grand pronouncements ala Remote Psychiatry on the mental health of certain public figures, what they're doing is part of the regime of Forced Psychiatry.

The sick part about people like this effeminate weasel you've managed to find is that they really are sick people who pretend to be healthy, and the self-loathing behaviour merely shows the pattern rather than a set of specific problems.

The truth about these kinds of sick people is that they're not healthy enough and strong enough to be able to win at life through direct means, but they feel that they can play organisational and name games, such as Remote Psychiatry and Diagnosis-By-Proxy of people they designate as Official Targets, to a sufficient extent to be able to win by piling on top of the intended targets.

Put simply, Broken White People attack other white people because they can't really win at playing the White People Game by playing it straight, and so their Psychiatry Actor's Game devolves into a form of low camp, in which they are Good because they are Awful and have abased themselves in public.

They show themselves in their true form when they make the occasional Grand Parapraxis that shows their hidden intent.

The ugly truth of Psychology with a capitalised P is that the bulk of the Freudian neurotics they're looking for happen to be located behind the desks in psychiatric practices, and that most of the people who are unfortunate enough to come through their doors typically suffer from a type of problem with their character that leads them to do crazy things.

That's why psychological practice has been shifting away from the Freudian model toward such things as Cognitive Behaviour Therapy, but this also may be misused when you take the behaviour and related character-focused elements out of it.

Even with this internal reform of Psychiatry, these techniques can be deployed as a type of Forced Psychiatry.

I'm with Nina Hagen, essentially, with a twist: you have a right to be as crazy as you want to be, but I have a right to reinterpret or disregard your craziness because it may actually be a sign of deeper character flaws.

Also, my personal pronoun is Fully Armed and Operational Battle Station, but you may refer to me as the Grand Moff of Battle Stations, just so we're clear on this current iteration of acceptable institutional craziness. :-)

How dare you discredit essential oils by comparing them to the psychology "profession"?

Lol this is so true. I work next to a psychology department and I have never seen so many damaged women in my life. Have had a few married women from their come on to me and I just flat out ignore them. Some babes for sure but they have that soulless dead eye look to them so I just don't even bother. Total fuck ups and the men in psychology? Leftist weirdos who come off as self-loating retards.

The ode to self-loathing is back up, with edits for 'clarification.'

No. They are not.

They all go into the "profession" for the same reason WebMD exists.

Until the engram (the actual molecular mechanism of memory and cognition) is identified and understood, all mental health fields and professions are, by definition, made up nonsense, no different than medieval alchemy.

Most people become psychologists because they are mentally ill.

Eh, you are throwing the baby out with the bathwater.

Yes, it's ALL just quackery, and yet, psychologists are employed by the military for "psychological warfare," corporations hire "organizational psychologists" to structure their operations in a number of ways, advertisers hire psychologists for obvious reasons, and your favorite whipping boy, the education industry hired used psychologists who then managed to manufacture your consenting to over a decade of formal, but non-mandatory education using a variety of psychological techniques, many of them of the behaviorist variety.

It's a soft science in many respects, but patterns DO emerge.

Is it necessary to pay a psychologist for therapy? If you are really broken and come from a really fucked up, disadvantaged, uneducated background, then yes, it MAY be necessary.

If you are an educated person, you can do your own reading, and then journal, talk to a trusted friend, or even a teddy bear.

It seems fairly obvious that the psychologists have to some extent, replaced priests as a group that people confess to.

I could go on and on about this.

I started getting therapy in October and recently I switched companies so I have a new therapist. He is so quiet and just seems to have a degree, very soft spoken and just not as aggressive as I'd like.