"Achieving Minimalism: Theory and Practice - The Key to Happiness and Success in Life" 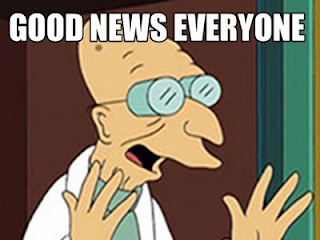 After two months of taking notes, outlining, rehearsing, recording, and finally, programming, my seminar on minimalism is now available for sale.

There are just two minor problems.

One, if you've followed me for a while you won't have much use for this class because you likely already know what's in the class.  Yes, there are some other new insights and epiphanies, but if you're already a minimalist, you spend less than you make, and you're adequately contributing to your IRA, it's not going to be of any benefit to you.

I priced it at that level because I am greedy and like any other economic agent I want to maximize profits.  However, I also priced it that way because if you are not a minimalist then paying $599 to:

stop spending more than you make,
get out of debt,
better manage your time,
end your commute,
improve your mental health,
have a fully funded retirement,

just plain ole tell your boss to fuck off

is a steal.  And a paltry $599 to get your financial act together, in the grand scheme of things, is a bargain. Besides, if there's anything I've learned in life it's that people don't pay attention or make changes in their lives unless there is pain involved.  And $600 is a lot of pain.  Almost enough to make people pay attention and actually TAKE ACTION IN THEIR LIVES AND DO SOMETHING.

Therefore, this class is really for three different groups of people:

One, those of you who are new to my blog/podcast/youtube channel and don't have the time or inclination to comb through all my works to compile my overall philosophy on minimalism.

Two, people who are here but still need a swift kick in the ass to get their financial (and time management) life together (and trust me, the seminar does do PRECISELY that).

And, three, people outside the Ole "Capposphere" which is my main target as I'm trying to expand my reach (so if you know somebody who could benefit from this, please refer them).

Regardless, my apologies for the lack of content creation these past two weeks as I was working on this project.  And my further apologies if this class is likely of no additional value to veteran Cappycappites.  But if you kindly would recommend this class to people you think might benefit from it, or if you yourself could perhaps do with spending less than you make, consider taking the class yourself. 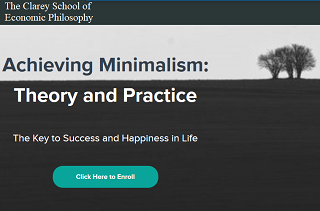 Posted by Captain Capitalism at 11:37 AM

Aaron,
Those of us already on the path know its value but like to see more fellow travelers. Those new to the path will def benefit from a crash course!

I put up a table and graph on the power of compounding onto the fridge so that my several kiddos can see how powerful time and growth can be. My hope is to open their eyes to a path that no gov school or teaaaaaaaaaaaaaaaaaaaaaaaaaaaaaaaaacher will cover.

Agent in the field of Calistan ...