Why the Term "Racist" No Longer Means Anything

Many years ago because of my political affiliation it was a fear of mine that although untrue, the mere accusation of "racism" would have far and wide reaching consequences for my career and future.  Combine that with the internet and the fact any future employers could look me up, it made me doubly careful to demonstrate I was not a racist and did indeed hold all people to the same standard.

Of course, deep down inside we all knew being called a "racist" or a "sexist" was nothing more than a cowardly tactic by leftists with precisely that intent.  To taint and paint anybody who advocated free markets, capitalism, freedom and treating people as genuine equals as a racist because it would divert people's attention from the left's ultimate lack of solutions.  Ergo, instead of debating you on the merits of hard work, merit, equal opportunity, but not equal outcome, it is simply easier for the cowards to yell "racist" and hope the fear of doxxing or your employers finding out would shut you up.

No longer...well at least not for much more.

For just as sure as the laws of physics, the laws of economics will (if they haven't already) render the accusation of "racism" moot, pointless, obsolete, even the complete opposite - make it a badge of honor.

It's quite simple.  To make the accusation of racism "damning" and effective it has to be true.  And since the vast majority of conservatives, libertarians and other right-leaning people are not in fact racist, you would think you would reserve this four-letter word for only the rare times it applies.  But instead of using it as a descriptive word, the left has relied on it all too often as a political strategy to compensate for their lack of substance, progress, and solutions.  So now, if you are against affirmative action (which is by definition racist) you're

Want to get rid of quotas?

Hold blacks to the same standards as white?

Want to keep your own money?

Don't believe minorities are held down and are instead pampered?

You don't even have to believe in or take a stance on something racial.  You merely have to be white and then you are immediately, but unconsciously guilty of the academian-inspired poppy cock of

But soon, with all these baseless accusations of racism two things happen.

One, the market is flooded with so many accusations of racism, by the laws of economics each individual accusation means increasingly less.  In the 1980's if you were called a racist it meant something.  But today, especially with the brainwashed, college-indoctrinated millennials blaming everything from flatulence to paper cuts on "racism" it means nothing.  It has become so common to be accused of an "ism" it is now part of the American psyche and it has lost all of its sting.

Two, it exposes the accusers of their true nature.  People flinging around accusations of "isms" and "ists" are not "noble, moral people trying to wipe out the scourge of bigotry, allowing for the American ideal of merit, individualism, and judging people by their accomplishments."  They are, quite frankly, despicably evil and disgusting people.

The dipshittery that went on at the University of Missouri (not to mention all of American universities) is nothing more than power hungry millennial psychopaths who cowardly hide their despotic desires (not to mention their true racism) behind the color of their skin.

Black Lives Matters is nothing more but the same, with the added agenda of thinking themselves superior as they demand to be above the law.

Advocates for affirmative action, reparations and the welfare state?  Nothing more than thinly veiled thieves, once again cowardly hiding behind their gender, color of skin, or ethnicity to demand other people sacrifice their lives and money for them.

And politicians/media types who dare you not to critique the "refugees" or Islam for San Bernadino, lest you be called a racist, and instead demand you make yourself less safe by forfeiting your guns?  True bigots against Western Civilization who hate you and want you dead (and yes, that means our Mr. Unicorn President).

In short, the demands of these race-whores and pimps have become so arrogant and blatant even the most brainwashed leftist or cowardly-compliant-please-don't-accuse-me-of-racism cuckservative can see through them.

I know there's a lot of pussies in this country, and you leftists are used to running roughshod over them.  But frankly, fuck off.  I, along with increasingly more people aren't going to tolerate this attempt to enslave us, and in some cases, outright kill us.  And no matter what new and innovative ways academia concocts as to how I'm "privileged," and no matter how compliant the media is in brainwashing the sheeple to believe it, and no matter what the politicians say or demand of me, in the end it's all lies.  It's not true.  And the real evil is all you cowards who can't come up to me like a decent, respectable robber and say to my face,

"Give me your money or else."

Still, while to me and millions of others the accusation of racism no longer means anything, the fear of this accusation will still carry weight at least for a little while longer even though everybody knows it's bunk because of two things:

1.  Corporate employers are still too cowardly and fearful of being accused of racism.  Their lips are too firmly attached to the ass of political correctness.  CSR, diversity training, sensitivity training, HR departments, etc., far too much effort, energy and resources have been invested by corporate America in the hopes of staving off accusations of discrimination.  Additionally, "diversity" has become the "strategy de'jour" of corporations and MBA programs across the country as their business leaders lack any genuine innovation, intelligence, capabilities, or leadership.  Ergo, if you are employed by one of these mindless ass-sucking institutions you need to play ball, admit you're a dirty, filthy racist and lecher, or lose your job, if not your career.

Debt enslaves people to be good wage slaves and stooges.  Want that new car?  You need that car loan!  Want that college experience?  You need those student loans?  Want a house?  Well you need a mortgage for that!

And so (and I want all corporate employers and HR ladies in America to know this), even though nearly every single corporate employee out there wants nothing more than to walk into his boss' office with the HR lady in there and slash both your throats, the only thing holding them back is that they are indeed slaves to the job as they need to get out of debt.  Which by default means they can't speak their mind on the internet and tell the race whores to fuck off, and worse, must endure the childishly mockery of "diversity" and "sexual harassment training" you force upon them.

But there is hope.

For you see, while self-employed people like me are immune to accusations of racism (heck, we profit off of it), there's a trend indicating soon your average wage slave will also be as well.  And there's nothing you corporate employers, you power-hungry HR/CSR bints, or tyrannical government bureaucrats can do about it. 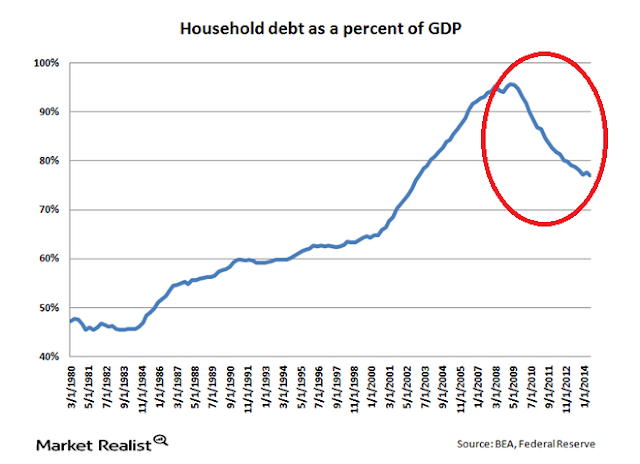 Because once people no longer have that chain of debt around their ankles, and don't need that job any more, they're going to feel a lot more free to truly speak their mind.  And that's the magic moment when the people admit the emperor has no clothes and your little "race-whore-racket" is over.  And then your worst nightmare comes true - you're actually treated as an equal and forced to work a real job like the rest of us.

A lot of people are calling Donald Trump racist because of his views on Muslims. Ever notice that the only religion you can attack without being accused of racism is Christianity?

still want to know why dislike of mohammedanism is racist.
it is a religio-political system not a race.
as to those required feminist brainwashing college classes, you have to pay for them.
told daughter it was not going to happen.
she said how would she get the job without the degree [the brainwashing was required to get the sheepskin you paid for].
i said you are a female stem major with straight a's. companies will fight over you so they can fill their gender quota and have an employee who can actually do the work.

Anon and Deborah Harvey: "Because it's not actually their faith, but the fact they're all brown!" Ignoring, of course, that a fair number of Semitic peoples aren't Muslim... pointing that out makes their head hurt.

Oddly, Cap, I've just posted something about how any time we disagree with the Statists they like to accuse us of being afraid of something. Because, it can't be that we disagree from a position of goddamn sense...

A great small essay about this very topic.

Also the term RAPE is just a political play-word. Its not rape when the act of raping happens but when she says its rape. And so we have unwelcome refugees raping Swedish girls and everyone is ok with it, but its sexual assault if a boy shows his 'willie' to a woman in England. Ironically when I was a kid we used to play with expressions such as: "Heeellp, I'm bein raped. Please stay away, I like it!"

In the past we had the church and a priestly class who told us we had original sin. In order to atone for this original sin we had to ... ultimately give the church money and power.

So now bigotry is the new sin. It's invisible, carries a social stigma and there is no basis in proof, reason, fact, evidence. You're also born into it (privilege)and must atone for it by .... handing money and power over to the priestly class.

The part of the post that mentioned the flood of racist accusations for me hit the nail on the head.

Just as it has pointed out with college degrees...when you flood the market with something and it is easy to obtain it becomes worthless. Today you can be called a racist, bigot, misogynist, privileged or a sexist for tying your own shoe. At some point the word becomes like a fart in the wind, an after-thought. The radical left uses fear because it comes from a place of desperation. It's a last stand.

TL;DR
You're still a white devil...your end is nigh

Consumer debt has dropped about half of what it needs to. It needs to go down to early 90's level for sustainable economic growth (early 80's is probably unlikely given how easy consumer credit is compared to then). Same for housing prices, which have dropped about 50% of what they need to.