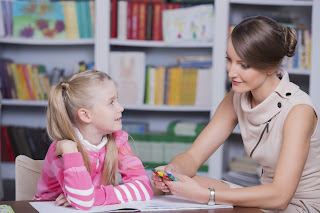 I shall be brief and succinct about the wage gap and the oppression of women in this country.

It’s proof as to just how spoiled they are.

It would be one thing if women were enslaved, prevented from leaving the household, or somehow had laws made against them, preventing them from what men do.  But it’s the complete opposite.  What I’m told by media and the television is women are 4th, 5th, 18th rate citizens.  But what my eyes show me is a group of humans that have never been so pampered, indulged or spoiled.

Women work a fraction of what men do.
Women major in stupid subjects at a rate of 3-1 what men do.
Women are not dying on the job (or in the battle field) anywhere near what men do.
Women are given preferential treatment in ever major institution in this country.
And despite all this clamoring about being equal to men (nay) interchangeable, it is a very rare woman indeed who does men the one simple courtesy of asking men out.

All of this ensconced within the non-stop cacophony that women are horrifically oppressed in this country, which  proves to me that they are indeed not oppressed, but spoiled, because victimhood is now a luxury good consumed by our most pampered, privileged people.

But if there’s one true injustice it could be no better highlighted than the likes of Ilhan Omar, Nancy Pelosi, and/or Ocasio Cortez.  Not that they’re democrats or women, but that they have never held a real job.  They’ve never worked, toiled, suffered, or labored.  They are the epitome of American feminist hypocrisy because they simply are the most spoiled little brats in America, but at the same time claim they’ve victims because “vagina.”

So I went online and actually did some research to calculate what I believe to be true measure of just how spoiled (predominantly) leftist women are in this country.  Just how little they carry their weight.  And just how much society goes out of its way to bend over backwards for them…yet still suffer the indignation of being called “sexist.”

If you don’t know what “fugazi” means, it’s synonymous with FUBAR, fake, and fraudulent.  It also means counterfeit in some jewelry circles.  I’m applying it to the jobs, industries and professions women tend to work in because that’s precisely what those industries/jobs are – fake, fabricated, fugazi.
They are also a testament as to just how spoiled women are in this country because when ENTIRE INDUSTRIES, JOBS, AND PROFESSIONS are made out of thin air not only to employ women, but to make their egos and fee fees feel better do not tell me that you are somehow an “oppressed group” in this country.

These jobs run the gambit of what you might surmise. Elementary education, social workers, painters, guidance counselors, HR, CSI, diversity directors, etc.,  jobs/industries that painfully fail either by never solving the problem they claim to set out to do, or just have absolutely no value to society (thus why *usually* - though not always – you have to force the taxpayer to cough up the dough for these charity programs).

The numbers (which you can find here) break down as such.

In 2016 there were 151 million people employed in the United States.  An admirable 47% of which were women.  But out of that 151 million jobs 18.2 million – THAT OVER 10% - of these jobs are completely, totally, and utterly worthless.

Now certainly, no doubt, men are also gainfully employed in industries and jobs that are nothing more than charity and hand outs.  You have professors, psychologists, male teachers, male social workers, etc. etc.  But to show you the TRUE privilege women have in this country, men only account for 28% of these completely made up, puff piece, welfare, make work, cake jobs.  72% are dominated by women.
Which makes me bring up a very Steve Martinesque question from the movie “Dirty, Rotten, Scoundrels.”

Because I don’t know about you, but I didn’t enjoy shoveling shit at a landscaping firm.
I didn’t enjoy laying sod, putting in retaining walls, or laying drain tile.
And I sure as hell didn’t enjoy working in -30 degree weather while patrolling working security at 3AM.

I would just love, for once, to be a “teeeeeaaaccccheerrrr” sitting on my ass in a comfy air conditioned room, being the smartest person in a room full of 8 year olds 9 months out of the year.

I’d love to be a non-profit director hosting parties to raise money while I get to dress up an act like I’m important, let alone actually trying to solve a problem.

I’d love to be a “photographer” where I take moody black and white pictures because I’m all edgy.

I’d like to have one of these cake jobs you spoiled, pampered, whiners have where you only whine because you’ve never, ever worked a real job in your life.

Asshole Consulting
Aaron's Books
The Podcast
Posted by Captain Capitalism at 11:50 AM

About 5 years ago I got into a debate with a Strong Independent Woman (tm) regarding female economic contributions - so some of these figures may be a bit out of date but I can't imagine the situation has got any better.

From it;
"In the U.S., an estimated 8.6 million women-owned businesses contribute $1.3 trillion to the economy and employ 7.7 million Americans, according to an April report commissioned by American Express OPEN, the credit card giant's small business division. What's more, the number of women-owned firms with $10 million or more in annual sales has increased 57 percent over the past decade."

The latest figures from the World Bank puts the annual GDP of the US economy at 16.8 trillion dollars. The link celebrates that female owned businesses are contributing 1.3 trillion dollars or 7.7% of this.

The latest figures from the US Department of Labor puts the number of civilians employed at a whisker under 144 million. The link trumpets that female owned businesses employ 7.7 million or 5.3% of this.

This is all that women, as a group, can bring to the table after 50 years of 'equal' opportunity, affirmative action in education, huge amounts of legislation to tilt the playing field in their favour and the complete re-tooling of the working world to suit their needs? 7.7% of GDP? After 50 years?

Christ, after WW2 it took men, often in appalling conditions, only 20 years to rebuild the whole of Europe.

But that's not the worst of it;

Pew Research Social and Demographic Trends found that in 2012, 49% of men and 61% of women had ever received payments from at least one the big six entitlement programs. The same report revealed that more women receive multiple benefits than do men, so the actual value of the benefits paid by sex will inevitably show a greater disparity. This figure is never published (wonder why!) but let’s say that by value, the benefits paid splits 35% male 65% female. The President's FY 2013 budget allocated just around 1.7 trillion dollars to these programs, which means women are receiving approx. 1.1 trillion dollars.

If we assume that female owned businesses in the link are paying 20% of their 7.7% of GDP to Big Daddy Government as tax (they're not, female run businesses are significantly smaller and less profitable than male ones, but indulge me) then they are paying in about 260 billion dollars.Or about 850 billion dollars less than what women, as a group, are taking out of the pot.

Women, as a group, are not even close to paying their way, let alone able to produce a surplus for anyone else.

But it gets even worse.

Whilst women, as a group, are being subsidized by men, as a group, to the tune of 850 billion dollars a year, every year, we are all supposed to be chanting the mantra that women are men's equals, that they must be respected like men, that they can perform and deliver like men.

Because the cost of pretending that women are equal isn't just measured in those 850 billion dollars.

They are more truly measured in the broken men, exhausted lonely women, fatherless children, fractured families and ruined lives it takes to keep a handful of women at the 'top'.

And for what? Bragging rights?

Hell of a price to pay for a bunch of hot air.

You said that government makes up forty three percent of the GDP and that you concluded that we are socialist because of it. I have to wonder how much of this is make work employment for women with worthless degrees. Let them go. We are over twenty trillion in debt. As for useless women employed in the private sector, you would think that employers would seek efficiencies. I guess that doesn't happen when HR is full of ditzes.
-Fuzziewuzziebear

Well you won't see men as elementary teachers because -- Predator!! Whether its true or not.

We are coming up on the 100th anniversary of the Nineteenth Amendment to the Constitution. One of the greatest tragedies to befall our nation. Or what was once a nation

OK, it is New Zealand based BUT New Zealand was the first country in the world to grant women full voting rights and with a population of 4.5 million, a range of incomes from "sucking at the government teat from birth to death" to millionaires and everything else in between, it provides a microcosm of the western civilisation. The percentages may vary from country to country but overall, I believe that it is representative of the western economic model.

And, when you take into account Aarons point that the "jobs" the women do, if the jobs and roles disappeared, then the likely effect on the companies and organisations would be, at worst, negligible, at best a massive savings on useless overhead.

Maybe they are all smarter than you think. They are exploiting an opportunity and why wouldn't a person do that? I'm tired of working in the construction world. If I had a make work job I'd take it.

You are correct in that “farguzi” means fake. But it is not synonymous with FUBAR; that is actually originally a military term, an acronym for “Fucked Up Beyond All Recognition”.

Another nit to pick: Terrance Popp announced recently that the Rangers are now admitting and graduating females - and Popp seems to think the wahmen are farguzi Rangers. Yes, women will be dying on the battlefield soon.

I always like to post this link to the comment section of Linked In when I see another BS article about women and work. Sadly, no one ever wants to like it for some reason. The men who won't are cowards and the women won't because they know it's true.

I did see this episode the other day, so hats off to these ladies that actually do something productive. Of course, no supermodels switched to farming just as we will never see the Sisterhood of Electrical Line worker restoring power after a storm.

Some years ago, on the manosphere a man reported that he did an investigation and found that the cost of programs for women, local, state, and Federal, far exceeded the taxes paid by women. Thus he concluded that men were, as we all suspect, carrying the load for the entire nation. So, when was the last time a woman thanked you for this? Hahaha.

I've worked in education, the non-profit sector, and in creative endeavors. You wouldn't last a day in any of them. I've also worked in hard labor on factory floors and in warehouses. And many times in extreme weather.