There Is No Such Thing as "Market Failure" 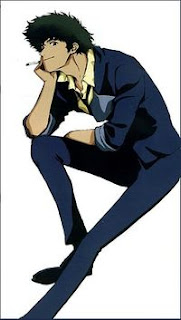 "Market failure" (depending on which economist you ask on which day) is when the market "fails" to provide the optimal outcome for society.  It is NOT at its peak efficiency, NOT delivering the most utility to the people, NOT delivering its maximum goods and services, and therefore is failing the population.

This then gives rise to the call for (wait for it!) "government intervention."

You see, with this magic medicine called "government intervention" we can repair the market, making it efficient once again.  So we lower interest rates here, jack up taxes there, perhaps regulate or deregulate an industry (again depending on which economist you ask and what time zone he's in), and POOF!  All better.

Historical examples of market failure are:

Those gosh darn stubborn economies of those times just weren't behaving like they were supposed to damnit!  And by gum, the federal government had to go in there and set things right either through inventing a central bank, or implementing the New Deal, price controls, massive expansionary fiscal policy, or good ole fashioned trillion dollar bailouts.

Immediately, leftists, socialists, internventionists, Keynesians, and other varied sorts of parasites are quick to point out the recovery that invariably ensued after these market failures.  And if you were to dare ask "well, what if we just left the market alone" they all hold hands and sing in a cappella that old, standby classic tune "It Would Have Been Worse If We Did Nothing."

But while we can debate (impossibly) about whether or not intervention in these various financial crises accelerated recovery and remedied "market failure," I want to pose a different argument that is much less theoretical, much more logical, and simply one of definition.  And that is calling into question if there can even be a thing called "market failure."

While true theoretical economists can debate about the technical definition of it, the operational definition of market failure, the one we have witnessed in the real world, has been one not of "a non-optimal use of resources," but rather "the government should prevent bad things."

Great recession?
Bush will bail out the banks, while Obama will piss away thrice that amount on poor unproductive people.

But the problem in having the government "just prevent bad things" is that it is antithetical to a free market.  The nanosecond the government intervenes the market is no longer a market, but a hybrid, that neither operates nor behaves as it normally would if it were completely void of government interference.  Ergo, if the government is constantly intervening, we never get around to finding out if there is such a thing as market failure or that markets can, and will, inevitably heal themselves no matter how severe the "failure."

The real issue, however, is not whether governments should intervene to prevent "bad things from happening."  It's an issue of pain avoidance and speed.

Very much like slowly peeling versus rapidly ripping off the bandaid, most humans are cowards and fear the immense and immediate pain of the rip.  Therefore they prefer "government intervention" in the form of taking the time to gently and meticulously peel the bandaid away.  However, this only delays the inevitable, amortizing the pain over a much longer time period than had you just ripped the bandaid off.  But in either case, the bandaid would have come off and you would have gone out to play as you normally would anyway.

Regardless, the exact same scenario played out with the Great Recession.

We COULD HAVE let markets work their magic.  CRUSH the bankster scum that deserved to have their fortunes and careers destroyed.  Let the banks fail teaching them a lesson they'd at least remember for a generation.  Have the financial system go into disarray, and send the economy into a much deeper and harsher recession than we endured.

But prices would have dropped rapidly.
Assets would have become cheaper.
Labor much cheaper as well.

And soon it would be profitable once again to start ventures, business, companies anew, bringing about a quick end to the economic recession.

Instead (again, the cowards that we Americans have become) wanted to believe the lies and poppycock of an "intelligent affirmative action hire Harvard man" who assured us he would pull the bainaid off slowly, and gently, and if there was going to be any pain it would be those rat bastard rich people.  And so, now 7 years later (of still-significant economic pain mind you) we are FINALLY getting back to (what can at best be charitably called) "normal" in terms of unemployment, jobs, economic growth, and income....A place we could have been at 6 years ago had we just bit the bullet.

The point is not one of whether Barack Obama's, FDR's, Bush's, Nixon's, or any other presidents' fiscal policies were correct.  The point is that if left alone, the economy would have recovered just fine without government interference. Ergo, "market failure" does not really exist.  But our fear of paying the full price for our economic sins, and our naivety to think politicians can some how "wash them away" does.  And that, my fine young junior, deputy, aspiring, official, or otherwise economists, is the true definition of "market failure."
_______________________________________

A lot of those "market failures" were intentionally engineered.

Coincidental bank runs up until the setting up of private banks to issue "credit money" in 1913?

""Market failure" is when the market "fails" to provide the optimal outcome for society. It is NOT at its peak efficiency, NOT delivering the most utility to the people, NOT delivering its maximum goods and services, and therefore is failing the population."

Each of those definitions simply translates from leftoid speak into:- the market isn't delivering the result "I" wanted. Therefore the government must intervene to force the result "I" think is desirable.

And of course, follows all the frequently undesirable often unintended consequences of market intervention.

Not so sure it's this cut and dry. That raises the utilitarian argument if government/central planning intervention/investment of
'x' monetary units to create 'x+y' units if hypothetical production is a worthwhile one. Technically it's no longer a free market, but maybe capitalism is improved by allowing smart people with good ideas to get funded when they may have otherwise not, but 'good ideas' is of course subjective. The bailouts may have helped capitalism by stemming the bleeding in the weaker sectors, allowing healthier ones to thrive instead of being dragged down.

How do you come up with this stuff? Better question, how come no one else does?

Markets don't fail. I love it.

Related is a question I've been pondering. Why is there no decent definition of capitalism. The stock "private ownership of the means of production" means what exactly, especially "compared to what"? i saw on argument on a site called world socialism.org that asserted the Communist Bloc of the 20th century had not socialism but "state capitalism. Of course, socialism is really just some level of government connected ownership of production with smooth-talk enslavement of the workers in that production.

Considering this, I came up with the following definition of capitalism. In its most egalitarian form, capitalism is an individual liberty to improve oneself through investing surplus in additional income-generating capacity. Government (in general, feudal lords, Popes all want to limit the liberty to improve oneself to some higher level of individuals that those smelly old commoners.

Capitalism is a system in which the individual is permitted to retain their personal earnings over that required for subsistence and use this “profit” to purchase additional productive capacity, such as training, machines, real estate, etc., i.e., capital, to better themselves vice spending it on non-productive consumption. Capital is nothing more than retained “old labor” that is put to use producing additional income.

Socialism in contrast uses government to limit the individual ownership of productive capacity up to total socialism where the individual is permitted no ownership of productive capacity except for their direct personal skills and may be prevented by the overseers from using their skills in a job that requires them, instead being assigned other work.

It's worth noting that the government didn't do much in 1907, either. I believe JP Morgan got a group of bankers together, and they more or less decided to pony up a certain amount of capital and strongarmed banks and borrowers into writing off a boatload of debt. It was over in 1908 (when the Cubs won their second consecutive, and most recent, World Series).

The Fed was theoretically a response to this, and would have (I believe) been intended by Morgan to be a more robust version of his bank. I believe that Morgan did not foresee (or did not care) that it would end up greatly strengthening government.

All human institutions fail. The difference with market failure is that it corrects itself.

Captain, please. It doesn't matter even if you could prove with absolute certainty that non-intervention would have brought about a correction much faster in every single one of those cases.

Market failure is much more than macroeconomic hiccups. You have market failure in the microeconomy whenever there are externalities involved in a transaction.

Market failure exists but it's not the recession, it's the missalocation of resources that happened before the recession. The recession is the market correcting the failure. When government intervents it is less like slowly pulling the bandaid as it is more like putting the bandaid back on and then slowly peeling it off again.

A look under the hood at most "market failures" reveals that they are usually the result of stupid government economic intervention. The sub-prime housing bubble was a direct result of stupid government policy. I like to ask leftards who talk about "market failures" about the crash of 1920. they've all heard about the crash of '29, when government stepped in to "solve" the problem, sparking the Great Depression. But no one has heard of the Crash of '20, when the government did NOTHING, and the economy miraculously recovered from a short recession in a few months, sparking the roaring twenties. (incidentally, the roaring twenties was the only period in the last hundred years or so when consumer purchasing power actually increased, but no worries, as the federal reserve stepped up to insure that purchasing power has been destroyed ever since then.