The Key Difference Between the Manosphere and Feminism

We here in the Manosphere are actually, genuinely, independent individuals who do not need constant help or subsidy from the taxpayer.  The irony, of course, is that feminists, who SCREECHINGLY proclaim their *COUGH COUGH WHEEZE WHEEZE PHLEGM PHLEM*

is so laughably dependent on forced wealth transfers to their women's studies programs, women's shelters, and the cacophony of non-profit, public sector, social service claptrap make work jobs that they're not only the epitome of dependent, but hypocrites as well.

To provide empirical evidence to this fact, I made a chart. 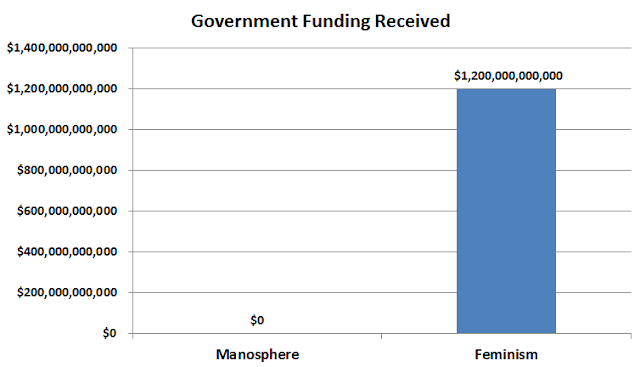 I know this chart may be a bit complicated because it has "the Maths," but don't let that bother you're little feminist brains. You just claim "the Maths" is a disease created by the patriarchy.

Oh, by the way ladies.  I've been meaning to ask you something.  Instead of this whole "I pay taxes, government bureaucrats take a piece, and only a portion gets passed onto the intended recipient" perhaps we could cut out the middle man.  I mean, why don't I just write you a check directly.  Or better yet, how about I hook up an IV to myself and I'll just pump blood into your system?  Ooo!  Ooo!  Better idea even than that.  How about you get genetically engineered to become a lamprey-like human and you can just suck off my lifeblood like the biological parasite you are?  That would be incredibly more efficient than the racket we have set up today.

Perhaps that is an idea.  Using the Lamprey as the official mascot of feminism. 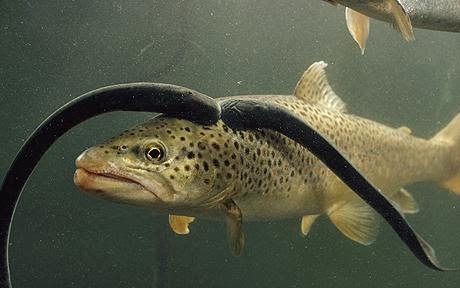 POST POST - Ug, really?  Do I have to do this????  The $1.2 trillion is not real.  I don't care to bother to try to calculate all the money.  It really is a lazy, guesstimate.  The point is that feminists HAVE TAKEN money and the Manosphere has taken NOTHING.
Posted by Captain Capitalism at 7:00 AM

"but don't let that bother you're little feminist brains."

Better fix that Captain, especially when trying to highlight your smarts.

The Hyena is more appropiate, but why cann't we have both? http://heartiste.wordpress.com/2010/09/07/the-international-symbol-of-feminism/

The Hyena is more appropiate http://heartiste.wordpress.com/2010/09/07/the-international-symbol-of-feminism/

But why cann't we have both?

How do you estimate the $1.2 trillion?

This is great, but could you specify where the number comes from? I'd love to use this but it needs a reference...

Instead of this whole "I pay taxes, government bureaucrats take a piece, and only a portion gets passed onto the intended recipient" perhaps we could cut out the middle man. I mean, why don't I just write you a check directly. Or better yet, how about I hook up an IV to myself and I'll just pump blood into your system?

You're getting married? Who's the lucky girl?

That fish hasn't got the hang of movember

Your chart is contrived Aaron. You say that it has "math" in it.

Unless you provide a time reference and you indicate the time period over which the spendings accumulated into 1.2 Trillion dollars, I will have to say that your chart contains more propanganda than actual math.

So your chart begs the question:

If you give us the time span, only then will you be able to claim that there is serious "math" in it.

Roughly 70% of the US federal budget is spent on transfers to individuals while 80% of that goes to females.

If you're concerned about the veracity of the $1.2B figure, simply draw a graph of the RATIO of money transferred from gov't to Feminist causes versus that to manosphere...then it doesn't matter what the actual number is because divide by zero......plus if you could fit it on the screen it would look even more impressive!

Feminist are reptilian tares, undermining men and using our state to transfer our wealth of natural resources to themselves. You can't stop the truth.

Didn't you say in your book that it was OK for men to take advantage of government programs while they "Enjoy The Decline"? I loved the book, by the way.