In being a preacher's son forced to go to parochial school, what information went into my little toddler brain was very controlled and very deliberate.  Therefore, like all young children who don't know any better, my brain was limited in it's capacity to fight against what my lizard brain knew was lies, deceit, and sometimes outright mental abuse because it was confined and structured by "facts" that were not facts at all.  Things like "I will go to hell if I sin," "If you don't love Jesus you will go to hell," and "the Bible is truth."  There are literally thousands more instances of these false facts that religious people use to restrict people's brains, but the larger point is that in getting a young child to agree to false premises, you effectively handicap that individual from ever legitimately arguing against, let alone, challenging the religion.  In other words, in a very cowardly way, you fool the child into thinking that s/he can only debate or argue against the religion by using ordained and approved religious techniques.  And therefore instead of questioning something as fundamental as proof of god or how precisely a guy nailed to a plank of wood forgives you for putting a snake in Suzie Jone's desk never comes to the forefront as you are instead too busy trying to parse and interpret bible passages.

But a funny thing happened to me today as I was riding my motorcycle around Lake Pepin.  I had one of those epiphanies where the light just shot on, forcing me to pull over and take notes so that I would not forget it.  And that epiphany is;

You can apply the exact same observation to economics.

As I've aged and become more experienced, I start to realize just how much of a fraudulent study economics is.  Not because economics isn't important.  Not because there isn't some serious important issues that economics addresses.  It's not even that the secret to riches for all does lay within economics (it does and it is what ultimately drives my eternal passion for economics).  But rather how the field's self-proclaimed experts have turned it into nothing more than self-serving political bunk.  It is no longer simply about the "efficient allocation of resources" or "maximizing the wealth of people" but rather idiotic concepts like the Phillips Curve, running advanced (and ultimately flawed) economic models, fretting about things like the liquidity trap, drawing idiotic foursquare games for "prisoner theory," and the hundreds of other temporary and fleeting relationships that have been observed in the past 60 years that the economist academians trump out and treat it as if it were a real science when in reality it is a constantly changing art as it is human psychology that underpins it all.

And thus my case for "reversing the economic argument."

I tried to read a paper by Paul Krugman once, and while he no doubt probably adhered to Keynesian theory to the letter, in the end none of it made sense and my mind started to wander.  Not only because it was boring, but because experience has told me something that complex would ultimately be debunked by Occam's Razor.  I don't care how many charts he threw up, I don't care what latest version of "Ricardian Equivalence" he was using, let alone the empirical data to prove it, in the end if you step back and look at it, it was nothing more than a pastor using the bible to further confirm Christianity.  In otherwords, economics has becomes so focused on itself as a study, has put on such horse-blinders, its clergy has lost sight of its original and more important goal and now study it for its own sake.

Therefore, if you truly want to understand (or disprove some things about) economics, I argue going backwards.  I argue going outside the study.  I argue applying some basic, simple logic and factual testing to see if this increasingly complex "field" even makes sense anymore or is merely a circle jerk for wanna-be mathematicians just like religion is for most clergymen.

For example, a simple question I have, is WWII the only data point the Keynesianism can point to in history where it worked?  And if so, why the hell did we base the entire western world's governance and economic policies on something so ill-tested?

Another, precisely whose brilliant idea was it that government should intervene period?  Who precisely died and made you economic king giving you authority to "provide incentives" or "boost demand curves?"  Since when was it the government's and politician's responsibility to MANAGE people? (I'll tell you who.  One sick, power-hungry, totalitarian, that's who).

And though I am certainly very political, shouldn't we be concerned when the likes of Krugman call Republicans racist or we start claiming that 100% purely politically moves such as "diversity" have some kind of inherent value?  i.e. - why is politics allowed to enter, let alone corrupt economists and their views?

I could go on, but these simple questions are identical to the basic, logical questions we need to ask (but aren't allowed to) of religion.

First, where's your proof of god?  Oh, you don't have any?  Then why with the threatening of little children with hell?

Second, explain to me the guy on the plank of wood and the snake in Suzie Jone's desk?

Third, did Adam have a belly button?

And fourth, how is stealing money from productive people and giving it to parasitic people a "winning" long term and sustainable economic strategy?

In the end, if you reverse the economic argument you'll see our modern day economists are no different than those "idiot" clergymen they mock for having equally idiotic, fanciful, and self-serving beliefs.

Enjoy the decline.
Posted by Captain Capitalism at 6:00 AM

This is great stuff. Its great to see how the free exchange of ideas contribute to people waking up from both the religious and economic rackets we've lived under for so long.

When i started economics, i started with the history of it, during the 19th century there were many great schools of thought, my favorite being the historical economic school that appeared in Germany, France and England, they concerned economics as a constantly changing thing with an importance on studying the past to learn from it.

Looking at the college courses today, they are all stuck in this deadend of unspeakable giants and useless theories from masters in economics who want a name for themselves.

"For example, a simple question I have, is WWII the only data point the Keynesianism can point to in history where it worked? And if so, why the hell did we base the entire western world's governance and economic policies on something so ill-tested"

I have put this to others before and in the rare instance they will admit they can not come up with another example they refuse to go further into the analysis of why we base policy on an exception. the others simply ignore the question. they know the answer but would rather not admit the consequences that follow.

Non-Austrian economics is what is fraudulent. Why are the Austrians who have varying stripes as well as always get dissed? Oh wait! We can't have the idea that central banks are scum and it is human psychology that really drives the economies of the world.

Much better to have paid Mandarins to tout the party line.

Economics is another area that has been politicized since the middle of the last century. The Nobel Prize in economics has become meaningless.

The best proof of God (a god, not necessarily the Christian God) that I know of is this:

An extra-universal being, such as the Christian God, would be significantly more complicated than the universe He/it would create. By definition, this being would not be observable, measurable, or definable, because His/its existence would involve properties above and outside the range of possible detections inside this universe, unless the being chose to interact with the universe in a detectable way. A 2D being could not detect the existence of a 3D being unless the 3D being intersected the 2D plain where the 2D being is.

Observations, measurements, and the ability to define a thing not necessary pre-conditions for existence.

Dwight, you're the first I've met that ever spoke a fucking lick of sense in this regard.

For that I owe you a VERY high end pour of scotch of your choice if you're ever in the Twin Cities.

There is a long history of Christian thought on the nature of God and making it work within reason, philosophy, and later science. However, afaik, Protestants just were not into apologetics, like Aquinas, Anselm, etc. Guess it seemed like heretical merging of pagan philosophy with Christianity.

Perhaps one of the better modern Christian scholars along this like is William Lane Craig (in terms of popularists).

I periodically stop in to read and often enjoy a post or two. But then, you go off on another rambling and ill-tempered rant about Christianity and your youthful suffering in church.

You obviously missed the point of Jesus Christ, as did I for many years. Fortunately, I lived long enough to see Him on His own terms and I was born again.

Your point on reversing the economic argument post could be good, but it is needlessly cluttered with your anti-Christian bias in my opinion.

Aaron, I know you harbor a lot of resentment toward whatever you went through in the church and school you grew up in. When you rant against Christianity, you tend to go into a very childish mode. Believe me, there is far better work in theology out there than "you'll go to Hell for putting a snake in a girl's desk". Check out what someone like Vox Day has to say on the subject.

Although far from being an economist, my understanding is that we didn't really recover from the Great Depression until AFTER WWII when the wartime policies were abandoned. In fact, if I am not mistaken the leading Keynesians predicted disaster if the wartime spending was curtailed, but of course the exact opposite happened. This, of course, was promptly disposed of down the memory hole. 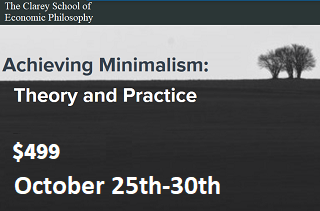