Auctioning Off My Ex's Tits

A long time ago, when Cappy was in his gallivanting, bachelorhood years, one of the many girls he dated fancied herself an "artist."  So much so she plastered her naked front with pink paint and then pressed it on a black canvas, giving it to the young Captain as a gift. 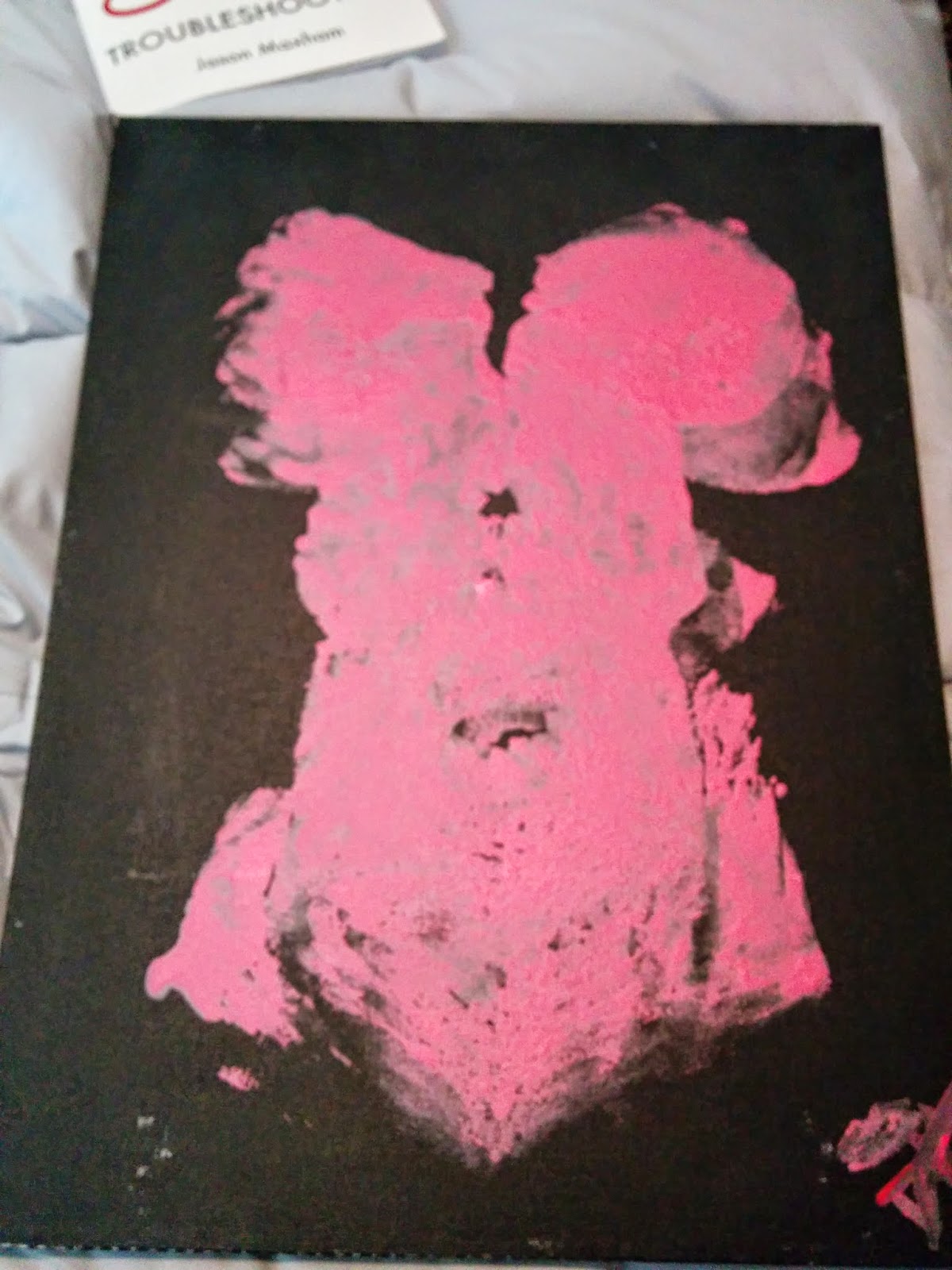 It was fine when I had my bachelor pad in Wyoming, but since I've moved back it's been sitting tucked away in a closet for two years (that and my girlfriend would kind of frown upon it being hung up somewhere).

Anyway, I've decided to auction it off to get rid of it, the proceeds of which will be donated to my favorite charity - me.  I will then take said proceeds and put it all on red at a roulette table.

I'm kind of creeped out. It looks like some kind of one-eyed, pink mickey mouse monster.

I suspect the final price for this POS will not allow you to break even on shipping.

Well, she was a keeper.

Well, she was a keeper.

Dance...dance to the radio said...

Just throw it out, buddy.
It's not worth anything.

(I'll bid $2 if instead of sending it to me you'll send it to that woman who was stalking Matt Forney a few months ago.)

Eh... I need something for my garage, I'll put a fiver down.

Well, just to start the ball rolling: I'd buy that for a dollar!

A round of Guinness for you and Aurini next time you're in Calgary.

Or is cash the only currency here?

How much is it going to cost you to ship it?

The centered nipple imprint is interesting. Smithsonian Museum of Anatomy could send you a tote bag, Cappy.

$20 USD, my roommate's birthday is coming up and he hasn't seen a good pair of tits in a while.

I hope no one from Australia wins it. You guys don't do surface mail down here anymore. Will cost you a fortune in shipping. Volumetric calculations indeed, the rat bastards.

Im bidding $55 just for the "painting". No consultation.

60 for the art cappy