Imagine if we just didn't censor people in the first place and let people say what they want.

Posted by Captain Capitalism at 7:26 AM No comments:

You Can't Put a Price on Education

Teachers and professors are not you friends.
Education is NOT your ticket out of poverty.
You must do the work to be successful.
Posted by Captain Capitalism at 7:06 AM No comments:

Donovan Sharpe is doing an online seminar on "How to Speak Womanese Part 2."  It is $700 and yes that is expensive, but apparently guys are signing up for it.  Yes I get a commission because I am greedy, but if you think this will help you in your pursuit of women, consider purchasing and attending Donovan's seminar.

Posted by Captain Capitalism at 8:53 AM No comments:

This Is How They Start to Confiscate Your 401k

It's just the tip.

Posted by Captain Capitalism at 8:50 AM No comments:

WE'RE ALL GONNA DIIIIEEEEEE!!!!
Posted by Captain Capitalism at 10:12 AM No comments:

How to Recover from Communist Parents

Start with buying and reading this book and this book.
Posted by Captain Capitalism at 9:03 AM No comments:

Dang, this was one of the coolest guys I ever tried voting for.  Sad to see Herman go.

The Clarey Podcast #330 - The "Fat Women in the Wild" Episode

Join Cappy at 9AM CST LIVE for this week's "Clarey Podcast"  Will talk about Ellen Degeneres, Karens in the wild, and monopolies.
Posted by Captain Capitalism at 6:06 AM No comments: 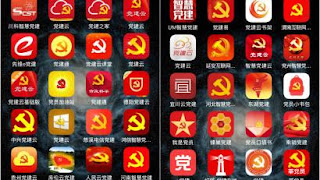 Allow me to explain to you a not-too-uncommon scenario from my youth.

I would walk into a bar, a night club or a dance hall with a girl on my arm that was way, way, WAY out of my league.  While most onlookers would dismiss it as an escort, my friends knew I legitimately landed these dates and would shake their heads and say, "I don't know how he does it."  Sure enough, be it at the bar or later on that week, my friends would ask, "How the hell did you pull off that one?  You're a 5'9" putz, she's a 5'11" goddess.  What in the honest to fuck god's name are you doing???"

And I would tell them the truth.

One, that I was a ballroom dance instructor which allowed me to punch way above my weight.  My personality, looks, or charm had nothing to do with it.  These women were using me to look good on the dance floor and garner attention, not because of anything to do with me personally.

Two - and more importantly - they didn't see the 10 girls before that shot me down, stood me up, or got vomitously drunk on the first date that I had to wade through like waist-high sewage to get this one presentable one to the dance floor.  Like everything it was FAILURE that was the key to success, and all these people saw was the finished product.  Not cleaning out my other date's vomit from my car the previous night.

But just like my friends never saw all the underlying work that went into landing a very attractive date, the same can be said of economic production.  For while we all like to see the shinny new car, the freshly prepared meal, or something as simple as a newly minted book, the amount of pain, agony, toil, headache, bribery, not to mention simple production costs that goes into producing ALL of our economic production is rarely seen or considered.

I like to call this "Dark Matter Economics" because most of economics is what you DO NOT SEE.   And approaching economics from this "unseen" angle I've been able to explain cryptocurrency, higher tuition prices, higher rent prices, stagnant wages, etc. etc., to non-economic minded people.

For example, most laymen think the solution to higher tuition is "more money."  The simpleton logic being "more money would make college affordable to more people" which is the exact same logic we use when treating poverty (which if you didn't know BTW, has not been solved).  However, when you change their perspective from one of economics to physics or even simple math, they finally understand that giving students more money is not the solution to, but the cause of higher tuition.  That flooding a market with $500 BILLION a year in loans, scholarships, and parental money only results in more money chasing the same amount of college degrees, driving up tuition.  And instead of demanding billions of dollars more, we should ironically, cut off ALL student scholarships, loans, or financial support and starve the education industry of tuition money. (but that would seem "mean" and so we don't do that...we'll just instead continue to cripple future generations with unnecessary student loans as that seems "compassionate.")

Regardless, the point is that what most people see as economics is the shinny, polished, politically correct final product that they want to see.  And RARELY if EVER do they look under the hood at the ugly underside of the economy to see how this economic engine runs.  As long as the car keeps running, as long as the Titanic keeps floating, your average normie-conformie-inferior doesn't care if their iPhone789XDi-4 destroys the environment, as long as they get their shinny doodad.

But just like the cocktail-sipping elitists on the rapidly-sinking Titanic, there is a cost to such ignorance.

The Shining Beacon of the 2020 Economy

There is not a lot of good that can be said of 2020.  But for all of its drawbacks there is one tremendous silver lining - the content creator economy.

Right now the fastest growing part of the economy is content creation.  Be you a webcam girl, a blogger, a makeup vlogger, an author, or an internet political pundit, as more and more of the economy is automated (or outsourced) a higher percent of our economic production and consumption is online content creation.  Pandemics and riots aside, this is a huge testament as to just how advanced and how far our economy has come where increasing numbers of people today CAN MAKE A LIVING simply talking to one another online by being socialites, philosophers, artists or....girls with big bazooms.  It's a realization of what has been humanity's economic dream come true where we no longer labor or toil, but merely socialize (vitriolic as it can sometimes be on the internet), and from the convenience of our homes no less.  But whereas in the olden days (and by "olden days" I mean 15 years ago) the internet was the wild wild west where everyone could say or do anything, the modern day Big Tech oligopoly that runs the internet has put an end to that today.

Also get this book below!!! 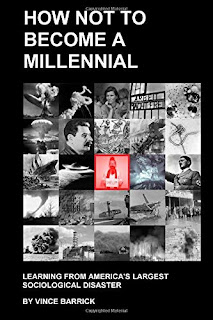 Posted by Captain Capitalism at 9:37 AM 2 comments:

Tune in live and spread like herpes!  SAVE THE SOULS OF YOUR FRIENDS with the gospel of The Great and Merciful Coronachan!

It's the Government's Duty, NOT MEN'S, to Take Care of Women

As Trump said, "You're fired."

And now that you're fired you don't have to pay the "granite countertop tax."


Posted by Captain Capitalism at 9:03 AM 6 comments:

And of course it's all because of the Wuhan flu and not capital flight out of countries who let people and communists burn down their towns.
Posted by Captain Capitalism at 1:02 PM 1 comment:

Tune in and enjoy the fun this morning!

Why Girls Slash Your Tires

And while you're at it, make sure girls DON'T slash your tires by reading this book.
Posted by Captain Capitalism at 9:14 AM 3 comments: