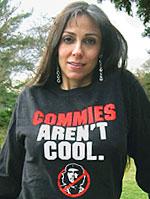 There’s not many times nowadays that I can safely bring a girl home to meet the parents. Back when I was younger it was actually an advantage. My mother is very motherly and would make my lady friend some cookies while my dad would interrogate her from the recliner as to what’s wrong with her for going out with me in the first place. If anything, it made me look good…or at least a victim deserving of pity.

But those days are long gone as the overriding theme today seems to be “When are you getting married and giving us grandchildren?”

Or “Oh, you’re Captain's friend, he’s told us so much about you.”

Or even “What’s your name?”

First thing out of their mouths are “So, are you guys going to give us grandchildren?”

And it does not seem that I am alone in this particular experience. The majority of my friends, also in their late 20’s and early 30’s, are expressing the same problems. It seems our parents, while patiently waiting for us to finish college and establish careers, have simultaneously run out of patience and have launched a coordinated multilateral attack on my generation to start proposing and start producing.

Unfortunately for them our answer seems a resounding “NO!” The average age of a couple getting married just recently passed 30 and is higher than it’s ever been. In America and many western European countries birth rates are so low that our populations would be shrinking if it weren’t for immigration. And more and more women are putting off having children to pursue careers as their labor participation rates soar to their highest levels ever.

Of course this confuses the Baby Boomer generation as evidenced by the multitudes of articles, research and papers trying to explain “why” my generation is not having children. Why are we waiting so long to get married. Why, if we do have children, we are not having a full litter of them. And, heaven forbid, why are more and more of us swearing off children completely.

The irony is that despite all the effort and resources poured into finding the answer as to our abysmally low birthing rates and our geriatric marriage ages, there still is no answer. Even more ironic is in all these articles and papers I have not seen one of them that polled, interviewed, or plain outright asked us why we aren’t producing little children. But what is the ultimate irony is that all this time, energy and resources spent on taxpayer funded research as well as worrying about whether they’d ever have grandchildren has all been in vain because the answers are so simple;

One of the main reasons a lot of the Baby Boomers are not seeing grandchildren is divorce. Now while the Baby Boomers may have made divorce an Olympic event, most of the people in my generation remember the halcyon days of divorce during the late 70’s and early 80’s and don’t really care to relive those events. Thus, we are taking our time in choosing a life long mate and putting potential contenders through a bit more scrutiny than has been done in the past. And so with the average age of first time marriages surpassing 30, I’m sure the Baby Boomers can understand why they’ll just have to wait a little bit longer to hear the pitter patter or little feet.

Secondly, this little thing called social security. Frankly, we’ve abandoned all hope of ever collecting, and have thus resolved ourselves to the fact that we’re just going to fork over 15.3% of our money to the Baby Boomers with no return. This means we have to take the appropriate financial counter-measures to ensure we can afford our OWN retirement. And since kids kind of run around $164,000, which after investing in the average performing mutual fund over 18 years would yield $650,000, a lot of us have opted for that extra 401k or mortgage payment instead of Pampers or Gerber baby food.

Thirdly, and perhaps the most devastating to the Baby Boomers’ chances of seeing grandchildren is the minor effects this fine study called “feminism” has had on both sexes. From the female standpoint, women are told, and it is quite literally true, that they do not need men. A nuclear family is not necessarily desirable nor optimal, and a taboo is placed on those women who wish to stay at home and raise kids. This sort of “pox upon your family” should a young woman opt for a traditional lifestyle, is indoctrinated in them during their freshmen year at college, reinforced for the remainder, and so it should come as no surprise to you that they are deterred from having children.

The guys standpoint, of which I’m intricately familiar with, is a bit more simple;

Girls are not nice anymore.

I know guys, myself included, who would gladly sacrifice two decades of their lives and risk getting shot in WWII to be able to go back to the 1940s and have that selection of women. Not so much because they were allegedly more “docile” or “subservient” but if for any other reason because they were NICE! They wore dresses. And they didn’t pierce their tongues. They were WOMEN!

Not to say we are able to compare today’s women to those back then. But I’m willing to bet that people like my grandmother, despite her obvious submission to the patriarchal dictatorship, despite belittling herself by cleaning the house, making food, and other such menial tasks unbecoming of today’s modern women, was a hell of a lot nicer, loving and fun than today’s average “independent” 20-something female. That and I’d take Jayne Mansfield over Janis Joplin and J-Lo any day.

Whatever the case, the women’s liberation movement has provided great disincentive to get married. It has convinced young women that traditional marriage is a disgrace and has seriously lowered the quality of women we men get to choose from.

The whole point, be it the women’s lib movement, social security, or divorce is that there’s just no incentive to breed. It’s too expensive to have the kid. It’s too risky to get married. The legal consequences of being married and having children is infinitely more complex AND disadvantageous than being single. And it’s just a more promising and care free life not to marry or have kids, especially with the quality of people to chose from.

So I sincerely hope the Baby Boomers enjoy those social security payments. I sure hope they enjoyed competing for the gold medal in divorce. And I sure hope women are “liberated” from that evil, fascist oppressive regime known as the nuclear family. Because for a lot of the Baby Boomers out there that wish that wish they had grandchildren, unfortunately the closet thing to a grandchild they’ll be seeing is a social security check.
Posted by Captain Capitalism at 1:31 AM 7 comments: