Good Morning Coronachan #39 - The "Back to Basics" Episode

Cappy and DT get together after a month long slog for Cappy.

Posted by Captain Capitalism at 6:42 AM No comments:

Posted by Captain Capitalism at 8:27 AM 8 comments:

Spoiled Rich White Kids from the Suburbs are Everyone's Enemy

I don't normally use the word "privilege" since it has lost all meaning, but those who use it the most, are most guilty of it. And the most weak, spoiled, soft people who come from weak, spoiled soft backgrounds are predominantly white kids from the suburbs.

I often joke to my black listeners "Don't worry everyone!  Rich liberal white women from the suburbs are here!  Everything will be fine!!!!"  But you cannot have a worse group of people than rich, pampered, leftists from the suburbs coming there to "help you."

Still sick, but two news items that highlight a point I've made before.

When I was younger I gave a druggie a ride home from a party.  I later found a bag of pot had fallen out of his pocket and was sitting on my back seat.  Those were the times that would have landed me in jail had I a tail light out or did a rolling stop.

Another time was when this older richer guy had a huge crush on my girlfriend at the time.  She liked the attention (and money) and they were probably fucking (yes, in hindsight, she probably was a whore).  But it almost got to fisticuffs between me and this guy..

A psycho bipolar bitch who was playing us against each other.

And here's what you gotta learn.  You can be innocent as all get out, making the right moves, and keeping your nose clean, but if you lie with dogs, you can get fleas.  And in the cases above it was jail time and assault charges.

Posted by Captain Capitalism at 10:11 AM 7 comments:

Well, I made that title up.

But it is nice to see these "college educated geniuses" being forced to go back to trade school so that they might enter the real world.

Join us at 4PM CST today!

Posted by Captain Capitalism at 12:20 PM No comments:

Cappy Will Not Be Repeating 2020 Again

2020 has sucked for all of us and it doesn't look like things are going to change.  This includes for your beloved Ole Cappy who is now finishing off month 5 of 70 hour work weeks, likely 80 if he includes other daily chores and things that need to get done.

Unfortunately, Cappy has fallen ill this past week and needs to recoup.  This coincides with a final push effort to finish "Analyzing the ROI of the Pursuit of Women" which is why he hasn't been consistent on posting on his blog or doing Asshole Consulting.

Things will continue like this for the next month at least until Cappy gets better, knocks out this book, and does some annual accounting.  But 2021 Cappy will not be taking on anywhere near what he did in 2020.  Not only do I not want to do it, I'm getting burned out and getting taxed mentally to the point life is no fun at all right now.  So thank you for being patient and hopefully by mid December things will be "back to normal" or at least 2021 where it will be posting, podcasting, Assholing, and hiking.

In the meantime here are two videos I've done that may be of interest to you:

"Girls, Your College Degrees are Worthless"
"Luke Templeman Should Play in the Street"
"You Don't Need College if You Run a Profitable Business"

Posted by Captain Capitalism at 10:35 AM 7 comments:

A short post by our sponsor, Alex over at Academic Composition.  I had a conversation with him about how now that school is online that cheating is rampant and standards are non-existent.  Also, i was shocked to find out that 70% of people go to college today which means that college truly is worthless. You all know my personal stance on college - STEM or go home - but for any ears that are willing to heed this warning, please, STOP GOING TO COLLEGE!

College is a Joke: So, Laugh with us
Are you tired of the relentlessly PC indoctrination in your classes? Why on earth must you memorize gender pronouns when you're studying business or engineering? Take it from someone who has worked in this business for over a decade: it will only get worse. Year after year, you will have to keep on getting more and more credentials just to stay where you are in your field. It used to be that people went to college in order to advance in their field, now, you have to do that to just tread water. What's more, is that it will cost you far more than it used to, the costs of education have skyrocketed by 400 percent and that trend has no end in sight.
The good news is that we're here to do all of that busy work for you. At Academic Composition, we have specialists with all sorts of degrees. We have been in business for over a decade and we can write on any topic. Email us at academiccomposition@gmail.com and we'll get back to you momentarily.
We also offer marketing gigs, all you have to do is post on social media and you'll make five bucks for each lead. You can count on getting a few leads per week, so it's an easy 20-30 bucks in a few minutes of work.
Email us at academiccomposition@gmail.com for questions!
Posted by Captain Capitalism at 8:52 AM 4 comments:

Seriously, it's like they have a 24-7 team to just take every advancement or good thing that happens to society and ruin it.

I forget the movie, but it was a scene starring Vince Vaughn and the actress from Legally Blonde.  The clip was sent to me by a young lady saying “this is so what I want from a man.”  And in the scene, Vince Vaughn approaches the girl at a bar in a standardly awkward approach and she not only summarily shoots him down, but in a derisive and insulting manner.

Vince Vaughn accepts the rejection.
Turns around.
Is about to walk away with his tail behind his legs dejected.
But then stops.
His eyes widen.
He turns around and yells out

This then demonstrates his masculinity, passing her shit test, and then she passionately kisses him and I think they fuck or something.

I couldn't remember the details because it was so cliché.

And thus the point of this short post – women are now making it illegal to pass shit tests.

I perfectly understand why women have shit tests.  It's key to their survival.  In the past women would nag or hound their prospective men to see if they could stand up to them as a basic, minimal litmus test to see if said men could stand up to genuine threats.  It was also to see if they could essentially enslave a man with ludicrous requirements and demands of his resources.  But there was always one key thing about shit tests that made it so any man could pass them.  Namely, you wouldn't get thrown in jail or die if you did.

Unfortunately, society and technology have evolved to the point that women are now presenting men with shit tests that in order to pass you must break a law and face jail.  “Let's you and him fight.”  “Hey bitch, I'm from Fargo and I'm going to forcibly kiss you now.”  To playing so hard to get that a man must be so aggressive and persistent he needs to redline the boundary of Stalkerville.  And this “raising the stakes” of shit tests is the consequence of two trends.

First, the internet has given women access to nearly all of the 3.5 billion men on the planet and the millions of elusive alpha 10's that reside in this population.  I shan't go into the Alpha Widow Fallacy that will doom these women to spinsterhood, but with literally every man on the planet as a potential suitor, women have had to logically increase their filtering methods to find the best mate.  This has not only resulted in delusional dating profiles (“i'm a single mom of 3 from 4 different baby daddies, I'm sick and tired of the games, if you can't handle me at my worst, no sex until marriage, swipe left if you're not a Marxist feminist, etc.), but a hightening of the hurdles men must jump to pass a shit test.  And there's no bigger shit test to prove there's no bigger alpha than than breaking the law.

Assaulting a man that insulted her.
Lying to the feds about her FansOnly tax evasion.
Or forcibly kissing a woman a la the Vince Vaughn movie.

Shit tests are now increasingly a test as to whether you are “man enough” to break the law for her.

Second, lowering the standards as to what is illegal and a prosecutable offense.  This trend I don't believe to be as much as a conscious effort on women to further filter men, as much as it is a byproduct of victimhood politics and socialist parasitism.  The tiring ole song of “I have trait X, you don't, you're oppressing me.”  And so what was normal (though regrettable) male behavior in the pursuit of women is increasingly becoming illegal (holding her ass on the dance floor, making sexual innuedo, and CERTAINLY telling a woman she's a bitch and then forcibly kissing her) because that results in more victims, more liable offenses, more lawsuits, and more money.

These two trends – where women are increasingly demanding men do quasi-illegal things to woo them and making traditional mate-searching behavior increasingly illegal – put men in an impossible situation.  They can certainly pursue the girl and pass the shit test, but there's now a good chance he'll end up in jail.  And since Blasey-Ford has proven there is no statue of limitations, nearly every man faces a future risk that nearly all of his previous pursuits of women could at a later point in time be deemed damning by society, potentially even illegal.  So the only real men who are going to pass these shit tests are either drunk, stupid, or lack the risk assessment ability to realize what they're doing, while every other man is simply going to bow out, leaving the effective dating pool for women to be a bunch of losers.

Like an increasing amount of my writings, there is no solution.  I am merely pointing out a phenomenon.  Calmly pouring myself a drink, lighting up a cigar, and watching a spider versus a scorpion duke it on a bored army base in Iraq.  But perhaps some of you men will heed this observation, allowing you to realize when it's happening in your life.  And if you have the choice of impressing a girl by “drag racing down the street” or just saying, “nah, I'm good” and going home to watch some Hogan's Heroes, I hope you choose Hogan's Heroes and realize that girl was never worth the jail time anyway.

Check out Aaron's other cool stuff below! 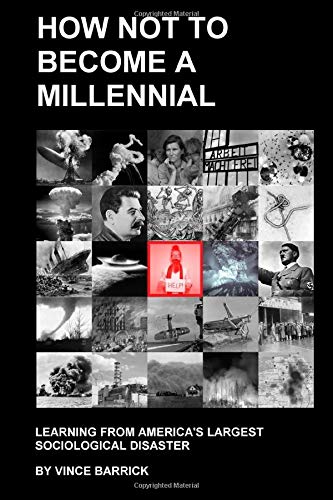 You Can Now Officially Major in "Nothing"

Posted by Captain Capitalism at 6:25 AM 13 comments:

The Women Who Destroyed the Man You Wanted

An olive branch to all the women out there who's in love with a guy whos ex destroyed and has ruined him forever.

Two New Sponsors: "The Fragments of the Game" and "The Path to Happiness, The Road to Freedom"

Two new sponsors that I will be promoting in the podcast this upcoming month.  Consider taking a look at them. 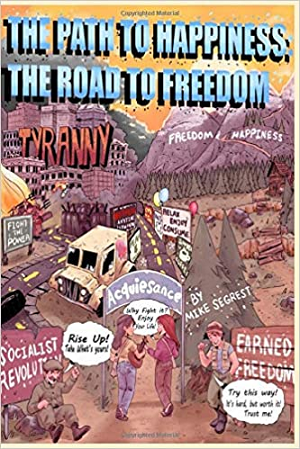 Posted by Captain Capitalism at 12:29 PM No comments: