Savings Rates? I Got Your Saving Rates Right Here!

Genius, does not strike when you think it should. Genius will strike you when it god damned well pleases.

And genius is finicky.

For example, genius is not going to strike just any ol' dumb person. You more often than not have to be smart. Furthermore, genius is not going to strike people who are anticipating it. For example, your token liberals when they meditate, practice tai-chi, hold candle-light vigils or practice yoga. Oh yeah, like genius doesn't see through that farce.

These are idiots who are just begging for genius to strike them for just once in their lives. Sadly they all majored in sociology and feelings, and thus genius will never strike for they think "it will just come to me, huwaaaa huwaaaaa!!!!!!"

No, genius is much more meticulous than that.

Or at least it was last night. For if you were to have been with genius last night you would have been floating around up in the air over the South Western suburbs of Minneapolis. And at 1Am you could have had your pick of probably over 500,000 people, all awake, some of which certainly deserving of being struck.

But instead, you would have looked down onto highway 62, spotted a smart little convertible heading west and in that convertible would have been a very tired, and physically exhausted man making his way back to his nice humble home in the city. So tired that he would be the last person in the world that you'd judge to be receptive to genius.

But what they hey, strike him anyway.

So there I was, tired as hell, blasting Revco just to stay awake to make it back to my nice warm bed. I was in a suit and was so tired that I fully planned on sleeping in it. Furthermore I remembered I had done laundry and my highly economic and efficient laundry process is to pile all my clean clothes on my bed and put the dirty clothes on the floor. I'd have to burrow underneath the clothes.

Then it hit me. I wasn't thinking about it. I wasn't pondering anything related to it. But it just popped into my head;

"Hey, why don't we make extra principal payments on debt tax deductible? That would not only serve as a sort of tax cut, but would strengthen the country's fiscal position, and help to increase many people's credit rating. It'd also serve to keep most interest rates, short and long term low, thus attracting investment."

So for the remainder of the trip back home I was contemplating all the benefits that might bring about.

1. It would serve to boost the dismally low savings rate we Americans have. 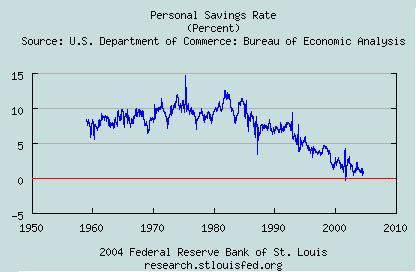 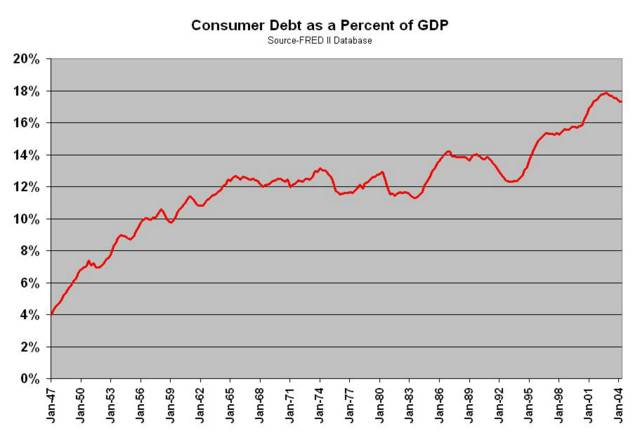 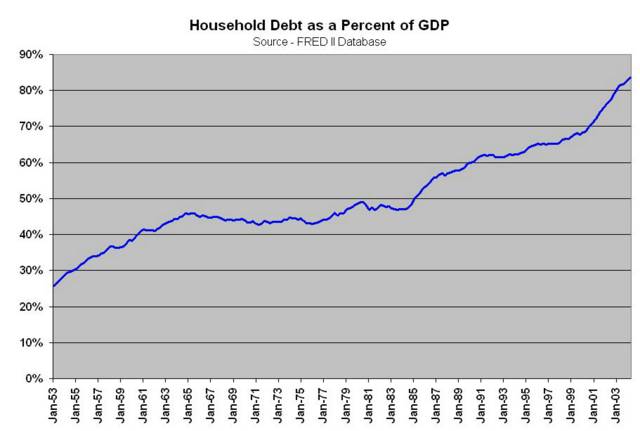 5. It would put us in a supremely better position to handle the raping...err...I mean...wealth distribution...uh...umm...what I meant to say was fleecing...uh, no, that wasn't it either...oh I meant crisis...uh, no, shoot, Democrats say there's no crisis, ergo there must be none...hmmm...that "social security thing" everybody keeps talking about. 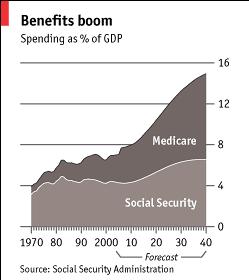 All these benefits and more just for being wise enough to incentive people to adhere to fiscal austerity. Pure genius!

It was such a good idea that I promised myself, first thing in the morning I'd tell my senator so that he'd realize the merits of this and submit a bill right away.

But I forgot that "genius is finicky." And genius "is not going to strike just any ol' dumb person."

Alas, it seems such genius would be lost on all of congress.

Well, it was good idea anyway.
Posted by Captain Capitalism at 4:40 PM

So then everyone avoids paying any income tax at all by financing everything they purchase and then making extra debt payments.

Sure would give a boost to the economy, though. And would make a great case for a national sales tax.

Probably would just stick with mortgages.

So you penalize the people who are responsible and have already paid off their mortgages by make them shoulder even more of the tax burden.

Wouldn't this also further increase the housing bubble? Now that I can deduct that extra sliver of principal I pay, I can now afford an even bigger McMansion.

If anything, they should get rid of the interest deduction which distorts the market. The only deduction I want is for the government subsidized dance classes you teach. :-)

And yes, I'm in favor of eliminating the income tax to be replaced with a national sales tax.

But let's not forget, it's all about the spending.

You are correct, it would cause for an even more peverse incentive as does the mortgage interest deduction. But I am talking about fighting beasts of the here and now. Strings could be attached saying "current mortgages" or "you have the next 3 years to pay down your mortgage debt."

And tell me about the subsidized dance classes. If the government would get out of it completely I could make a killing.

And tell me about the subsidized dance classes. If the government would get out of it completely I could make a killing.

How would you make more money w/o the govt. subsidies? Less classes available, so people would pay more for classes? Do they limit how much you can charge?

If the school districts were to get out of it, you have private companies (like there's this outfit in Chicago that does it) offering classes regionally.

Enrollments would be boosted, attendance per class would skyrocket and instead of having to go to 5 seperate locations to teach a cumulative of 100 students, I could go to 2 places, teach 50 in each place, thereby freeing up my time to teach more classes and make more money.

School districts would get rental revenue from us renting out the buildings which would otherwise be sitting idle.

They had a great idea with community education classes, they just put the government in charge.

All of the naysayers' "fundamental problems" with the Captain's perfectly good idea could be remedied with a simple cap on the amount of the principal payment deduction.

A proposed cap could be some multiple of the filer's mortgage interest deduction to make it grow and shrink according to the size of the budget, income, etc.

Think about it. If the person who years ago proposed that savings for retirement should be tax deductible ran across you naysayers, you would say, "That's ridiculous, everyone would just contribute all their income to an IRA and simply pay the 10% early withdrawal penalty." Grow up.

Tim V., what are you talking about?

Your pay income taxes either when you contribute money (Roth) or take it out (Traditional/401k). You need to listen to the captain's show if you think you get to take money out of your 401k/Trad. IRA tax free.

Besides, should it really be the governments responsibility to help you pay for your house?

Enrique, you're right, I chose an very poor example to illustrate the fact that dismissing this idea as fundamentally flawed is wrong.

However, the larger point stands, which is that this idea makes sense with a cap on the amount you can deduct.

The question of whether the government should help you pay for your house is abstract and endlessly debatable. The idea is proposed as a practical way to reintroduce sanity to this nation of profligate spenders.

I'd like to share this link with you guys, which I think you all would enjoy:
http://www.morganstanley.com/GEFdata/digests/latest-digest.html

Look for Stephen Roach's dispatches on Mondays and Fridays. Every now and then he starts to ruminate on the possible end games of the US's twin deficits. Very interesting stuff.