So I was watching The Good, The Bad and The Ugly. It's one of those movies that kind of calms you down and let's you drift off to sleep. A lot like another one of Leone's movies called "Duck You Sucker" which is an awesome movie by the way, and if you want a movie I deem on par with The Good, the Bad and the Ugly, it is one worth getting.

In anycase, usually, I can watch this movie and fall asleep. However, I got to thinking, "Where is that cemetery where the final scene is at?"

So I google around and I found it was not a real cemetery, but a constructed one for the movie. Located near Carazo, Spain. 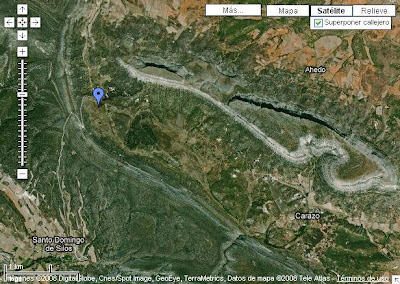 It's one of those things that instead of visiting Paris and looking at the Eiffel Tower, I'd much rather check that place out. Matter of fact, I think it would be a must. It's one of those things where I wish I had a kid so the story could be told about how "Dad forced us to go visit Sadhill Cemetery" and then when people thought about it, they'd say, "well that's actually pretty cool. Our family went to France, but we never got to see the gravesite from The Good, the Bad and The Ugly. How unique and cool is that!" Here's what it looks like today; 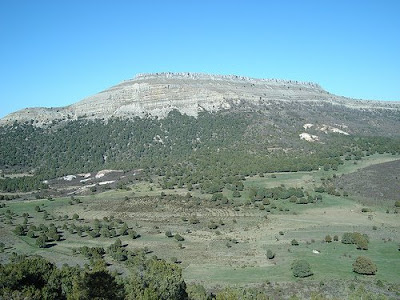 Posted by Captain Capitalism at 2:49 AM

It's nice to see we agree on other things besides socio-economic systems. The Good, the Bad, and the Ugly remains my all-time favorite movie.

Hey, cappy - off topic here, but have you seen this:

I thought of you when I saw this. I remember that a long time ago you once said you wish there were a way to pre-purchase fuel to lock in a price.