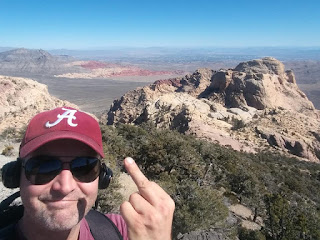 Lower the expectations of your wife.
Your spouse cannot make up for society's failings.
Taking a pacifist woman to a war flick for a date.
Young men are INFINITELY better informed and prepared that we were.
"I want to be an old man when I grow up!"
"Wounded women" who wander life without love or men.

in THIS EPISODE of The Clarey Podcast!

Posted by Captain Capitalism at 5:02 PM

Hi, Cappy. I was listening to video about how nobody invests anymore. Near the end of it you theorized that you would by real estate overseas as a hedge. That would be a high stakes gamble.

Not so long ago, there were two Americunts who moved at about the same time to the same city overseas. They were paid for being living, dancing, gibberish-speaking monkeys. They occasionally crossed paths and talked about their lives and such.

The stupid one eventually bought real estate and opened a business.

The smart one saw the writing on the wall, and knew that the bullshit and fuckery would just get worse. So eventually he left China.

The other one kept getting fucked by the little red chicken (小紅雞雞）of the CCP. He eventually lost his stuff there because when he was outside of China and went to renew his visa, the embassy was awfully slow in reissuing his visa. And the bank in China that he used said his accounts were frozen pending investigation.

So his staff apparently sold the business' furniture, since they didn't get their wages. And then the creditors seized what remained of the business. While he got to keep the property, someone dumped a mountain of building ruble on it. So he sold it for a loss.

So if you want to buy land in a country and keep it and be able to use it, you better make sure you become a citizen or permanent resident first and that you understand how laws and rules really work there. Otherwise, you too can enjoy being economically sodomized.

Because I am not stupid, I figured out that the direct download link is

Because I AM a lazy and entitled whiner, I wish to file a formal complaint with Asshole Consulting and Cappy Industries Ltd. regarding the utterly unacceptable failure to provide the boring conversation which I will only half-listen to in a format acceptable to my superior sensibilities, and insist, with all the rights accruing to me, that in the future the direct MP3 download link be included.

Oh and as far as investing overseas goes, Karl Denninger has been saying for a long time that the US is in terrible shape but everywhere else is worse.