Roosh Has Written the Most Pro-Female Book in History 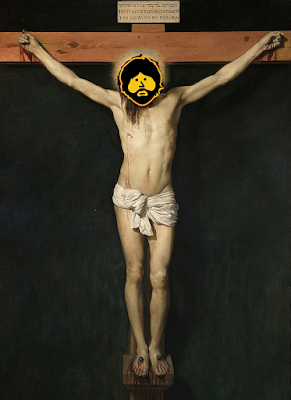 If you don't know what it is, then you haven't been paying attention, but "Game" is the latest literary work of Roosh V, the epitomal world playboy of our time.  It has gained more attention than his other works in that this book has been banned by Amazon, Barnes and Noble, along with the author himself being deplatformed from various monopolistic and oligopolistic big tech cartel platforms.  However, Roosh has also spearheaded a new frontier in this regard making his book easily accessible in all formats, proving success needn't depend on Big Tech.

To the seasoned "Manospherian" or "Red Pill" man, there will be nothing new in "Game" that you hadn't already gleaned from either consuming red pill literature or through empiricism dating in the real world.  I could recommend it to these type of readers only on the ground you would want to help out Roosh for being censored by people and entities that do not truly understand or appreciate free speech.  But if you are new to the red pill community, or are just a young man about to embark on the pursuit of women, it is a mandatory stand alone work that improves upon his original, Bang.  "Game" is more thorough, more complete, and especially more updated in that it accounts for the real and increasing risk of women falsely accusing men of rape, rape hysteria, and a genuine hatred against men.  It also accounts for the accelerated arms-race of sorts where smart phones and social media is quickly rendering traditional women (both domestic and aboard) mass-produced, attention-addicted, NPC leftists who require exponential levels of game to be wooed.    Despite these improvements and considerations, the book is inherently flawed (by no fault of the author) as within 10 years time the goal posts of the Battle of the Sexes will invariably be moved even further left, to which insane heights I cannot even begin to fathom.  The only real complaint I have about the book is the unnecessary and overly crass segment on having sex with women on their period.  I believe Roosh is too obsessed about helping people get their notch count up, whereas I personally would sacrifice 3 or 4 extra lays if it required having sex with a woman on her period.   Overall, I give the book 4 out of 5 stars.

But here is the interesting twist.

The most interesting part of the book was not the level of experience Roosh displays in nearly every facet of dancing, dating, and doinking.  Nor is it his very precise and succinct use of the English language (which I actually did appreciate very much).  It was that he has quite literally wrote the most pro-female book I've ever read or heard of in my life.

And when I say "quite literally" I mean that in the literal sense of the words.

Roosh has written the most pro-female book ever written, and that includes anything written by feminists.

I came to this conclusion when I noticed I was becoming increasingly pained, even depressed as I read "Game."  In part it was because it reminded me of my past and just how much effort, energy, and resources I poured into chasing women (with varying levels of success).  In part it was the painstaking detail Roosh applied to every whim, desire, outcome, and variable of women and what they wanted.  In part it was the new and Orwellian countermeasures men had to take as precautions against fake rape, assault, and harassment accusations.  And it was the fact that Roosh has been at this for 15 years, reminding me of not only what he had to have gone through, but what I and millions of other men have as well.

I couldn't put my finger on it until I was almost done with the book, but the reason why I was so pained, even depressed was because it showed how Roosh, of all people, had dedicated his entire youth to making women happy.  Admittedly, this was all in the aim of getting laid.  He wasn't doing it for charity.  But the result was a man whose entire youth was living on the pins and needles, guessing, theorizing, reverse engineering, honing, calculating, identifying, and inevitably delivering on

EVERY
SINGLE
PETTY
MINOR AND MAJOR

The book could almost be read through two times in two different mind sets.  The first being a rookie kid who the book is intended for. The second, however, would be if you are an aspiring manager of only the most elite hotels and restaurants in the world..  Like a 5 star hotel or the elite Michelin restaurants, Roosh has considered, accounted for, tailored, and even predicted every possible want, need, desire, and even angle women could possibly want in nearly EVERY situation.  Of note was noticing what color her jewelry was, to crafting loose (but highly designed) questions to keep the conversation going (because, why should a woman be inconvenienced to carry on the conversation?), to changing that conversation based on country and even city, to bringing extra money to provide for the contingency the girl may not have cab fare to go back home, even going to the extents to make a woman feel comfortable having sex while on her period.  No amount of chocolates on pillows with champagne with the most awe-inspiring cityscape views could come close to the level of detail, attention, care, consideration, and service Roosh has put into making women happy.  The only difference is the hotel wants your money and Roosh wants to have sex.

This then brings up a very important philosophical question all men must ask themselves, and one I hope even veteran red pillers ask when (not if) they read this book-

Are women worth this level of dedication and sacrifice?

Women may not like Roosh.  Feminists may even hate him.  But I have never seen a man dedicate this much energy, time, youth, thought, money, and psychological resources into doting on their every desire and wish.  It's laughably and unbelievably tragic this book is viewed as misogynist, when in reality it's subservient to women.  Admittedly, Roosh unlocking the secret to seducing women to such a literal formula is a lifetime achievement, and I'm not saying he wasted a second or cent of his life.  But if "Game" is what it takes to become a player and get laid, the price is simply too high for any self-respecting man.  Roosh, in a very Jesus Christ way, suffered so we don't have to.  I suggest EVERY man read "Game" so you can realize and avoid the price Roosh paid.
_____
Check out Aaron's other shit!
Podcast
Asshole Consulting
YouTube Channel
Twitter
Books by Aaron
Patreon
Amazon Affiliate

Posted by Captain Capitalism at 3:10 PM

Yeah I agree to everything you wrote. The fact that Roosh has catered to women covertly to such a degree tells me that relationships are going to be even harder to maintain because of the work involved and the high level of treatment women will expect. Women being so NPC easily programmed, the gender cold war we are experiencing will only get colder as society becomes more politically charged and divided. I'm talking from a red-pill perspective, not a MGTOW perspective.

There is going to be an exciting future awating us, great and terrible yes, but definitely a feast for the eyes.

Haha...completely agree. Have followed Roosh for a while now. My only issue with him (and his gang) is his contempt and even hatred for Indians. That is why I can never bring myself to support him.

Even if you cater to a woman's every whim, desire, and need it still won't be enough in the long run. 70% of divorces are initiated by women.

MGTOW is largely not about incels not getting laid. It's about time and risk management regarding relationships with women. The #metoo movement and title XI kangaroo courts on campus are huge wakeup calls.

Increasingly, and with due cause, that is where the good men have gone. Sex robots and legal prostitution are only a matter of time. Enjoy the decline ladies.

'It's laughably and unbelievably tragic this book is viewed as misogynist, when in reality it's subservient to women.'

Perhaps you discovered the linchpin here....

The true misogynists are those who are subserviant to women. Because women by their nature are the submissive sex.

Have followed Roosh for a while now. My only issue with him (and his gang) is his contempt and even hatred for Indians. That is why I can never bring myself to support him.

False. He only dislikes Indian women (as all men, even Indian men, do).

He only started to dislike Indian men after dozens upon dozens of IRTs kept invading his site. I can't say I blame him.

I’m glad you pointed that out. That notion has been roiling around in my psyche for awhile.

So, Roosh believes chicks want their asses kissed, therefore the secret to game is becoming the consummate sycophant.
Does he realize the fruited plain is strewn with the human debris of divorced men who tried that stupid shit and got handed their asses in divorce (femin$TAZI) court?
Glad I never really played the game!

Enjoyed some of Roosh's content in the past as I discovered him at RoK right about the time he made the news-- early 2016 IIRC. I enjoyed the comment section more than the actual posts from contributors over time, but then about a year later he started purging large swathes of his regular commenters-- not the anti-semites or typical trolls, but the guys who added value to the conversation. I heard his site is closed. Not surprised. I can understand he was trying to protect a revenue stream, but once he bowed down to the social media masters, it was only a matter of time before he "complied" himself out of existance.

If hitting the gym, having a job, speaking a couple of languages, being in the military, and knowing how to do home repairs and fix cars isn't enough for a woman, then she's not worth being around. I got my unicorn: nothing puts the wife into the mood like a day together after a week of her man contributing to GDP, fixing a broken car, and spending time together with the kids. Too bad most modern women don't have the brains to appreciate good men these days.
Pro tip: it's kind of sappy, but go watch Romancing the Stone with your woman. It's vintage red pill that'll make those panties drop.

That's why I never subscribed to the whole PUA deal. If you have to disguise who you are to attract women, odds are good the women aren't worth attracting.

have been married for some decades. Note that this Roosh book is just doing the relationship until the consummation. A long term relationship can never be one where one side completely subservient to the other. You have to be nice to your wife, and help out with the work of the family, not catering to her every whim. She should also be working on being nice to you, doing much work for the kids and family.

Game is a way to score in a game married people aren't even playing. Marriage is a long term project involving mutual respect, common goals, and sacrifice.