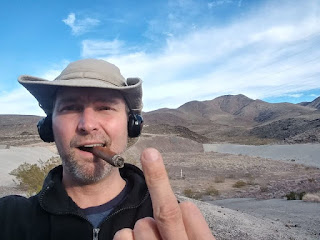 Cappy hikes down a Black Mountain and talks about economics, why he may not publish his book, nazi park rangers, "California," "stay on the trails," taking a break, and more.

In THIS EPISODE of The CLarey Podcast!
Direct MP3 here.
Posted by Captain Capitalism at 9:03 AM

You can still download videos from youtube. Get "youtube-dl" from github. It's a command line app so you're back in your good old MS-DOS window but it gives you everything you want.

The no-check thing is something I don't understand but youtube was giving me HAL-9000 type "I can't let you do that, Bob" type errors until I put it in. Replace the -f18 option with -F to get a listing of available formats - in this case I was grabbing the basic low-res MP4 video.

Dunno how it is out west, but in Appalachia, commonly-hiked trails where people have regularly cut across switchbacks tend to have the vegetation beaten down and killed from the traffic, as well as the edges of the trails at the cut-across points getting worn down - stones and dirt dislodged, etc. This very quickly turns into erosion when it rains, causing the entire section of trail (especially on the upper part of the switchback) to just wash down the mountain. At which point you don't have much of a trail there anymore, and it has to be re-cut/rebuilt. It's not a theoretical study, it's something I've seen myself multiple times.

So when the park rangers make a fuss over staying on the trails, it's for the very good reason that they don't want to have to fix the broken messes careless people leave behind.

Again, don't know how it is out west with presumably less rain, and don't know what the specific conditions were in which you were hiking, but that whole section sounded like "Cappy's talking out of his ass".