The Ole Captain has decided to retrieve his new motorcycle he purchased earlier this winter and drove from Sarasota to Las Vegas.  It had to remain in Vegas until the snow in the upper states melted, which they have, and now it's time to fetch it.

Thankfully my buddy needed his RV transported from Minnesota to Las Vegas, which not only provided the opportunity for a free ride out to Vegas, but made me feel like Jason Statham in "The Transporter"...minus the cool car...and the hot Asian chick...and the muscles.  But I beat Statham on hair. 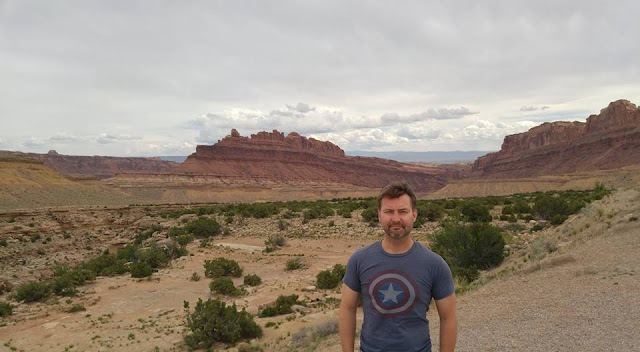 Posted by Captain Capitalism at 10:48 PM

Have fun. Remember, they really are trying to kill you.

Listen up young lieutenants who read Cappy. What Cappy is doing this week is what you all (and I) need to try to aspire to in life. Cappy is going on an awesome roadtrip, while still working and making money. He can work anywhere in the WORLD, and make money. If you are "working for the man" and are young, debt free, and single, get the HELL out of the cubicle farms ASAP. Spend some time figuring out how to create a career outside of the cubicle farms (nothing grows in cubicle farms except crap), instead of spending time on instagrambookfacesnapchattwitterering doing useless social media with your "friends" (nothing wrong with social media if you can use it for a bidness idea to help your soon to be business grow). Working 40+ years in a cubicle farm, SUCKS. It's not living or having a career, it's enslavement. I tip my fedora to the CAPPY, he's giving everyone a model on how to work for oneself, and have a helluva lot of fun doing so! Thank you CAPPY! Keep the pictures coming...