The Revalidation of MGTOW 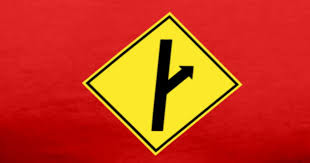 My history with MGTOW is no secret.

Like millions of other men I am one, but once the movement was co-opted by weaker men who were looking for a religion or an excuse to excuse their cowardice and laziness when it came to women (and life), I abandoned the term as it became a pejorative, much like the word "feminism."  However, to this day me and millions of other men remain your classical MGTOW - we re-prioritize our own personal lives over women and do not put them or the pursuit of them at the top of our lives.

This created a schism between those real men who took what philosophical value they could from MGTOW and moved on in life versus those who are cultish about it and use it as a religion.  This "Cult of MGTOW" has received much mockery and ridicule from those outside the cult because it's painfully obvious how they are "abusing MGTOW."

They use it as a religion/crutch in life because they (typically, though not always) have nothing else in life.

Some are overweight and unattractive, but too lazy to do what is necessary to become physically fit, and thus attractive, and thus provide what women are looking for in a man.  This laziness is more powerful than their biological drive to pursue women, but does not eliminate their desire for women.  This is why they MIRE in the ideology, rather than just pursue a monastic life of celibacy and asexuality.  They may put MGTOW first, but they ironically obsess about the thing they're too lazy to get - women.

Some are fresh off of divorce and are in the stage of "Red Pill Rage," a completely understandable, if not avoidable stage in life when you realize you've been lied to your entire life.  Most men move on from this, but some do not, which leads to...

Genuine misogyny.  I don't know if this is a cathartic release for some MGTOW's or an actual hatred of women, but the only place I've witnessed ACTUAL MISOGYNY has not been in "corporate America," or "government" or "schools" or in the social world.  It's been in the MGTOW community.  This is certainly not the majority of them (cult or not), but modern day MGTOW, just like feminism is where you will find a genuine hatred of people because of their plumbing.

Normally this irrational and flawed thinking would banish MGTOW to where it belongs - a dismiss-able cult.  It may have meant something at one time, but its modern day acolytes and participants have warped it into something worthless, arguably counter-productive, possibly evil.  But just when you think you have a movement pegged, just when you think O'Sullivan's Law is cementing itself in a group, society changes to such an extent, this previously pointless movement now has validity again.  And MGTOW, even in its extreme form, is at least more valid today than it was yesterday.

What has brought MGTOW partially back to the fore front has been a RECENT and DRASTICALLY INCREASING intensity of the hatred of men.  Understand since about the 1960's the hatred of men, in the form of feminism, has always been there.  Women can hide behind the false claim it's about "the equal treatment of women," and some feminists may actually believe that, but their actions indicate it's about the superior treatment of women, and thus, by logical default, the inferior treatment of men.  This has always been the default standard background noise, sometimes getting louder in the late 60's and 90's, while getting quieter in the 80's and 00's.  But in the past 5 years, particularly the past 2, the hatred of men has been turned up to 11 and is higher than any point I've witnessed in my 40+ years of life.

Some of this is due to the fake rape epidemic on college campuses where feminists have successfully convinced women that drunk sex, regretted sex, an unwanted advance or a clumsy proposition from men qualifies as rape or assault.

There's the INCREDIBLY disturbing trend of women using rape accusations as a weapon of revenge when a man dumps them or refuses their advances.

There's also the sexual harassment/assault scandal of Hollywood, where while some legitimate concerns and instances of assault occurred, it has triggered a witch hunt in others, manifesting in the Aziz ballyhoo.

All of this mired in the broth of a purposed and indoctrinating anti-male ideology instilled by feminists in academia, but also supported by the media, the HR/CSR profession, and the government.

I could go on, but in the end, you're not losing it.  You're not mental.  You're not "seeing things."  There is a conscious (and sadly, unconscious) purposed effort in some segments of society, many of those institutions (like academia, the legal profession, etc.), to hate men.  And not only hate men, but to make masculinity illegal.  Whether it's because of an actual bigotry against penis, a money making operation for feminists, gender consultants, professors, and lawyers, or just a weapon for a woman scorned, it doesn't matter, a significant percentage of the population hates men.

Which sadly, re-validates a movement like MGTOW, even in it's cultist form.

I have been lucky enough to know many kind and genuinely good women.  And there are many kind and genuinely good women in my life.  But that's only because you tend to keep the good ones around.  And if you think about it, you've come across many bad people (men and women) in your life that you simply avoided or passed by.  But it only takes one to really put a burr in your saddle, or in the case of false rape accusations, ruin your life.  And with women being conditioned and brainwashed, especially the younger ones, to constantly look to be a victim, men are forced to walk on eggshells their entire lives.  Worse, when the "crime" is being watered down so much from the traumatic, unwanted, and forcible penetration of rape to "he hit on me" or "I was drunk" you now make standard male, genetically programmed behavior illegal, or at least socially ostracizeable.  And while to this day I don't believe the majority of women are like this, it sadly presents the paradox of Muslims and Muslim terrorists.  Is it 1 in 100 that wants to blow up a building?  Is it 1 in 10?  Is it 1 in 5?  It only takes one jaded girl who swallowed whole the indoctrination they received in school or the media to falsely accuse a man of rape/assault/harassment, the fear of which is now irreversibly hard-wired and installed in men of today.

This means, much as I may disagree with the modern day cultists of MGTOW, their cynicism has a point and their jadedness serves a purpose today.  In today's environment men cannot simply be men, hitting on girls, getting shot down, occasionally not, getting drunk, and scoring through some miracle of god as they have time-immemorial. The risks are just too high.  This doesn't mean you become a hermit, ne'er talking to a girl again, but sadly you must be guarded and be very discerning of the women you hang out with, and certainly approach.  Sadly, even using apps like this, in-human and sterile and unromantic as it may be, may be the precautionary legal condom you have to use before the real thing. Worse, be prepared for it to only get worse where masculine behavior might actually made illegal.  Remember, it only takes one sperm to get past the goalie, one Muslim to drive a truck in a crowded European marketplatz, and one woman thoroughly steeped in victimhood and feminist ideology to make for a very bad day.

Remember, a red pill a day keeps the divorce lawyers away, and though I have my disagreements with MGTOW, you may want to introduce yourself to the philosophy.
_________________
Check out Aaron's other sites!
Podcast
Asshole Consulting
YouTube Channel
Twitter
Books by Aaron
Amazon Affiliate

Posted by Captain Capitalism at 9:01 AM

You know the Christian line that they love Jesus "because he first loved me"? Well misogenists hate women because women started it.

Deal Or No Deal ?

An excellent summation of the unfortunate time we live in. These truly are Heinlein's "Crazy years".

Feminism is the only hate group that is accepted and colluded with the full cooperation of western governments.

If there is misogyny within the MGTOW ranks, it is because feminism helps breed it. The movement can't intellectually and honestly believe they are going to shit on men and expect them to smile and take it.

A man going his own way is just that, and only that. There are a lot of reasons a man may opt for MGTOW but primarily it's just a realization that today's women just aren't worth pursuing to partner with.

A man can still enjoy women's company but they are not his primary focus in life. That's the beauty in being a man. There are so many things a man can be involved with that don't require a woman that we can be quite comfortable with our own pursuits.

In general, for women, the opposite is true. They seek men's attention, specifically high-value men's attention. But they'll settle for any man's attention. Women love the metoo and like movements because they value being a victim and love all the men who acknowledge their plight and speak out against other men.

The height of this garbage was Emma Watson's he-for-she BS. Yea let's blame men for all the ills women face then shame men into action to save us from men. They need men. Men don't need women. We love women but we don't need them. There will never be a she-for-he hashtag.

You don't get in shape to please the grizzlies. You get in shape so you can compete against other men for the few good women out there. They have the pick of the litter because there are more good men than good women at this time.

As Paul Elam said, misogynists are made, not born.

Anonymous said...
"...You get in shape so you can compete against other men for the few good women out there."

Today's "good woman" can turn into tomorrow's shrill, raging, false accusing, feminist harpy at the drop of a pin, for any reason or NO reason at all. And society, the government, and the legal system actively supports this.
Many men have found this out the hard way.
Look for 'Dud Hand Grenades' at your own peril...

Misogyny is the irrational hatred of women. Are the men CC dubs cultist MGTOWs really irrational in their detestation of females?

By the way, who was it who defined misogyny as "hating women as much as women hate women"? H.L. Mencken or Ambrose Bierce?

When the women are taught to hate you, and society treats you like shit even when you do exactly what they want (be a "real man"), what is there left to do?

The sooner you cut the b.s. out of your life, the better off you will be.

Turd Flinging Monkey is a much better content creator than Sandman.