A short post today as I'm traveling across the country, trying to write a book, and trying to recover my voice.  Regular Cappy won't be back until Thanksgiving is over and he is back in the Northern Command.  In the meantime enjoy (hopefully) this very quick and unedited post. 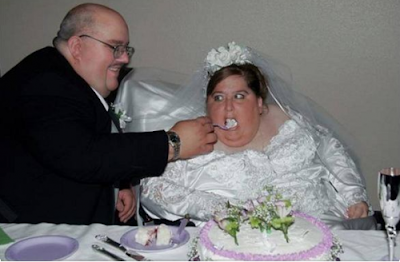 I was hanging out with that no good dirty Mexican we all love, Atham.  Many of you know him as the chemical engineer major off in the lofty mountains near Lake Tahoe, who works menial late night jobs so he can graduate without debt, find a job with the least amount of HR BS as possible, make his money, and enjoy the last half of his life with peace, serenity, calm, and stability.

Over a cigar we got on the topic of nagging women, specifically how it's not acceptable, but unavoidable, thus forcing stoicism upon you.  But a more poignant observation we made was how women "trying to help," or lecturing you about your health, or telling you about "this" diet fad or "that" diet fad, or (in general) telling you what to do, is not helping at all, but killing you.  And if women really want to extent the life expectancy of their men, they would do one of two things:

If you are a real man (and that's a very huge if nowadays given the Millennials and soyboys out there) you will have:

Supported yourself
Educated and trained yourself
Established a profession
Invested your money
and in general have become an independent man, relying on no one or no thing.

It takes a while, especially given the price of tuition and the hurdles to a stable career the baby boomers have laid in front of you, but this journey, this perseverance, this challenge is what galvanizes you into a man at the end of it. And so there you are as an accomplished bachelor, sitting your bachelor pad you bought and paid for, doing your thing in life that you were meant to do, all under your own steam.

Inevitably a woman will come in.  She has not had anywhere near the galvanzing experiences you do. Matter of fact she's had a huge leg up over you.  She's had parents subsidize her well into her late 20's.  A college and educational environment that had done all but sacrifice goats in terms of woman worship.  Affirmative action as a standard policy to hire women over mean.  And men themselves, wishing to access her vagina, will also subsidize her in terms of dates, gifts, even direct financial help (Cappy knows one prominent paper alpha who is now helping a truly pampered suburbanite princess with food and rent simply because she's hot).  Wherever this assistance comes from, it puts life on easy mode for women, they do not endure, toil, or work as hard as men, but since society is lying to them (for a variety of reason) they think they are as equally independent, strong, and accomplished as you are, and therefore have a right to tell you what to do and how to do it.

This then sets the scene for what will be the cause of the majority of battles between couples.  Men KNOW what it took to get to where they were. Men were perfectly fine, even excelling past their female counterparts when adjusting for the handicaps life gave women.  From simple time management to car maintenance to why you don't waste your time cleaning to the anal retentive levels women do, men have a VERY GOOD and PRECISE reason for every decision they make and whatever habits they've developed over the years.  But women do not see this.  They only see what the HGTV channel has shown them life should be like.  They only have what the media and women's magazines tell them they're entitled too.  While the men are working hard in the engine room of the Titanic, women are arranging deck chairs and floral bouquets, lecturing them about their dirty feet, or why eating "this" is bad for you, or any one of an unlimited number of aspects of your life that has otherwise been streamlined to maximize your ability to earn a living.

Each and every one of these criticisms, unsolicited bits of advice, and nagging serves as a grain of sand thrown into your engine.  It decreases efficiency, it takes time for you to deal with, but inevitably it taxes and destroys the engine.  You aren't allowed to produce or progress as much as you once did.  YOu have to explain to women in a very child like way WHY you're doing these things. You even have to defend yourself and the choices you've made as to why it's better.  You even have to at times explain "because it's my fucking house and my fucking money, that's why."  But regardless of the particular pointless grain of sand that was throw into your engine, such conditions over time not only slow you down and impede your ability to work and get the most out of life, it slowly but surely kills you.  Even, ironically your wife or girlfriend nagging you about healthy living.  It inevitably kills you.

This nagging I argue is killing men earlier than normal.  The "crisis of men" where men commit more suicide, the mortality rate of men is going up, and more "depressed deaths" being logged among men is caused, disproportionately by adversarial women.  And while yes, statistics would show opioids, alcohol, liver disease, and the like are the cause of this, the cause of that would be the toxification of the one thing that gave men point and purpose to live - women - driving men to drink and killing their will to live in the process.  You may make the argument it isn't provable, but nagging, being confrontational, and competing against your husband certainly does not extend his life.

However, there is something that is also killing off men way earlier and way more effectively than women's nagging and their general confrontational demeanor against men.  And its origins are precisely that of nagging, one would even say it's the ultimate form of nagging - obesity.

The number one thing that drives men in life is female beauty.  The only reason you have roads and the cars to drive them on, let alone the buildings you'd drive on them to are because men pursued female beauty.  And they way men got female beauty was by building up wealth, creating some amazing things, and making life easier for any woman who might be kind enough to hook up with him.  BUt without this beauty, men have no incentive to get up in the morning, work hard, major in engineering, let alone create or innovate.  Worse, it is that fuel that the male spirit lives on, the purpose and reason in life, and by association the fuel that powers society. So when all of society's women decide to get obese because "big is beautiful," or you marry your wife and she pulls the fat grenade and blows up, you immediately deliver the largest blow you can to a man's reason to live.  And whether that man is a single man and has to look at the vast sea of landwhales that are available to date, or you're married and your wife gets fat, yes, there are other things in life, but not really.  There just isn't a reason for a man to get up and give it his all.  It's like putting a 38 octane fuel in a racing car that needs 110.  And soon, over time men will also become obese, eat unhealthy, have their spirits broken, and certainly die earlier than they would otherwise, some even committing suicide.

Thus "Skinny Wives Saves Lives" is a saying I coined simply because it's true.  If society is REALLY concerned about the increasing deaths of men, they might want to look at what women are doing (and becoming) as that is what men normally lived for.  It may not quaintly fit into your sociology theories about "having enough government resources to fight and treat addiction," and it certainly forces an unfortunate responsibility on women to remain svelte and comely for their men, but if you really want to turn increasing male mortality around, maybe instead of being a loud, obnoxious, nagging, confrontational lard ass you become a supporting, feminine, skinny wife?

Of course, I know, I know. Many of you veterans out there know this is folly.  We know that by their behaviors women love food more than men (and the same can be said of many o' husbands).  And we know there's no way to undo the decades of time and trillions of dollars in brainwashing women have received since they were 5 about how they had to compete against men.  This generation and the next (Gen Z) are more or less washes that are going to have to be forfeited as feminine beauty is essentially outlawed for them.  All I wanted to point out is that society does not have the balls to point out that in making women ugly, fat, nagging and adversarial to men we've also given men huge disincentive to live.  And until we point that out you can expect male mortality to increase, and economic growth to decrease.  Enjoy the show and enjoy the decline.
______________________________

Check out Aaron's other cool stuff!

Posted by Captain Capitalism at 8:07 AM

The bug in this system is really a feature. No discussion of this subject in relation to the United States is complete without discussing the agency of Lena Dunham, which can only be more than just Lena Dunham. Think Sun Tzu. There ain't no reasoning with women. There is only the power to choose, for somebody. Have a nice hiatus.

The husbands and wives join fitness programs at the gym and healthy dinners so both stay fit. No fast food or fancy restaurants for dates. The weight gradually grows from 22-40. We have middle age landwhales and dadbods on the brink of divorce. Please men and women date a fitness enthusiast to burn those fat and carbs over a lifetime so we can have less obese people trying to desperate look for love on online dating sites.

I disagree!!!! You are not right, lol

Great advice. I'm a happily married nearly 70 year old woman. I have learned to practice "support or silence," and have gotten better at it over the years. BMI 20. The rewards are great.