Episode #243 of The Clarey Podcast 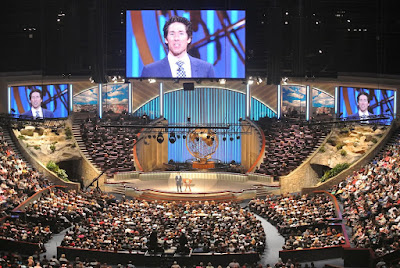 "How to tell a story"
Cappy accidentally attends a "Mega church"
Cappy flirts with religion.

in this short episode of The Clarey Podcast!

Whenever I attend a church, I usually use the rule of thumb to never attend one with a congregation of more than 200.

Jordan Peterson has a pretty good secular argument. Check out his "Biblical Series", especially since you like sermons. There's more wisdom in a 5 minute rabbit trail from Peterson than a year of sermons at any church I've ever been to.

Why look for just one pastor? Make podcastpastor.com a curated feed of anyone who wants to post their own sermons. Let the market decide who's better than who.

Megachurches are scams. All about the money and ego. If they say anything strong about personal responsibility or putting in real effort to learn or grow their crowd of taxpayers will shrink. No, fellow commentors, your favorite megachurch is not the "one good one". Taking care of widows and orphans? Nah. Gotta have a high tech stadium to meet at once a week.

If you want a community, look for a small bible study group. Drop a bunch of logic on them the first time. If they can't handle it, move on and keep looking. A good test, I've found, is the wholly pagan nature of Christmas. Look for inconsistency in reasoning, not necessarily possession of the historical or doctrinal knowledge.

The only half-way decent overtly "christian" band ever (metal): https://www.youtube.com/watch?v=KdCB8Lyai4g
They still don't hold a candle to Kataklysm or Insomnium.

When it comes to religion, Cappy, the best thing for you to do is find a priest or a church that's wise, but not pushy. Find a priest or a community that can challenge you, but also not be pushy about it. Have the right balance between realism and high standards. Usually, Churches that fail do so because they either didn't care enough to challenge their flock, or went the opposite end and became too pushy.

And a most important matter for a Church is to have consistency. Consistency of beliefs, dogma, and interpretation of sacred texts. It's really hard to get into a religion if you know that they don't even take what they preach seriously and just reinterpret the Bible to absolve themselves of all responsibility.

That's why I go Catholic, because it's been generally consistent when it comes to dogma. Yes, there were the sex abuse scandals, but Protestants actually have more of those than the Catholics do, and unlike the Catholics, where you can strangle/sue the bishop if the pederast priest runs away, Protestant churches are disorganized enough that an abusive pastor can skip town before the Church wises up to him.

Plus, unlike the Protestants, Catholics don't go nuts over things like video games or violent movies the way most WASP Protestants do. Nor do they go nuts about things that have magic, like movies, cartoons, or video games. They don't go screaming about how Harry Potter is the work of some demon or something. It really reduces the credibility of a Church when they're acting like goddamn imbeciles.

Love most of your material.

If I may offer my two cents, hopefully it will make a difference.

I come from a background of religious abuse. Religion was used as a weapon against me as a kid, and for a long time I didn’t want to hear from anything associated with it.

What helped me was a small fellowship that teaches the Word in sequence: chapter by chapter, verse by verse, book by book. It was indeed freeing, not enslaving.

I still take a dim view of most churches, despite healing from the past abuse. It can take some effort to find the truth, but it’s worth seeking and finding.

I grew up in the (not mega) church. I have no issues with them but am no longer a part. However, my experience with people who go to mega churches is that it is often an opportunity to blend in. No one will know you, there will be no responsibility involved, and if you don't show up for a while, no one will notice.