The Left is Here to Entertain You 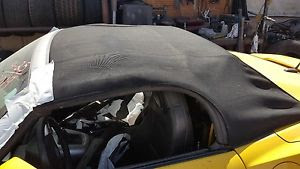 It is easy to get angry at leftists when you view them at face value and look at their destructive behavior.  You get angry because their behavior is destructive to society.  For example "Chloe Ayngal" is a now-former writer for the Huffington Post who was looking for a job since she and many others got laid off from "the paper."  It was painful how she thought her Doctorate in Romantic Comedies was something of value a new employer would enjoy.  But it was not as painful as how much in taxpayer and society's resources in general was wasted on this waste of a human person.

Take also a bit of a dated article on how younger men like older women.  This is of course from the dubious Daily Mail, but the millions of old women who read these lies and believe them, engage in further destructive behavior wasting whatever few grains of sand of time may be left in their hour glass of beauty.  Their lives are effectively over, but you might get angry at how such lies harm future generations where we send yet another full generation of women into the battlefields of corporate America or life-long academia and not into the loving arms of a husband or family.  Men are also upset in that what normally got them up in the morning - women - is now being denied to them.

There is no limit to instances of leftists destructive behavior. And there is no doubt their behavior will destroy society.  So much so there isn't much of a future left too look forward to.  But I think it's important to point out while we are here and in a very Viktor Frankl way to take what modicum of joy or victory you can from them since that is all there is.  Alas, it's vitally important to realize that for every instance of destructive behavior there's not only a side of the coin that harms society, but another side that destroys the leftist.

For example, the 50 something woman I saw driving her Saturn Sky.

There was nothing inherently wrong with the woman.  Nor in the fact she was driving a Saturn Sky.  Matter of fact I think the Saturn Sky (and it's Pontiac equivalent - the Pontiac Solstice) are two of the sharpest looking cars GM came out with before both Pontiac and Saturn closed down.  It was the ancillary circumstances that made everything wrong.

Second, the convertible roof was patched up with duct tape.  Indicating poor ghetto financial decisions like driving a summer-only car during winter, patching up your convertible top means you not only can't afford to repair it, but you're storing the car outside AND are not smart enough to put a top over it.  It's akin to seeing those Dodge Neons with the completely sun-baked-out hoods where the paint has worn away.  You never waxed the car, you never took care of the car, because you are too dumb to known to have done that.  It made the otherwise smart and sexy car look trashy and actually made me feel bad that such a nice vehicle was being forced to endure a winter.

Third, the way she dressed and the way she walked.  You could tell as she walked out of the nail salon this woman had a divorce settlement of some kind and had pissed away the money.  She was wearing clothes that were too nice for her frame, and too loud that screamed "I got a settlement."  I know it's a bit of a stretch to say you can determine this from one's clothes, but I am supremely confident that is precisely what it was.  Her walk only confirmed it as she was boastfully (not proudly) walking to her beleaguered car not realizing people with real money, real financial stability, or simple automechanical sense could see through the middle school facade she was trying to pull off.

You don't put a tattoo on an attractive women's body.  And you don't put a bumper sticker on a beautiful car.  I would gander this woman did both.

When you take all these tidbits of evidence together, it's pretty apparent that this women got some kind of significant settlement to imagine herself as "rich."  However, her poor auto-mechanic decisions evidenced by her car proved she was not smart enough, capable enough, or responsible enough to hold down a job that would afford her a "rich" lifestyle.  She was living a lie, living through her money, and though she no doubt voted to lessen the lives of others, her lie was going to destroy her life in the process.  No doubt that Saturn Sky has since irreparably broken down, her body aged equivalently poorly, and whatever short term 15 minutes of fame her divorce got her is now over and she's back to baseline.  She's back to herself.  The party is over.

This is the punishment (for leftists) and the pleasure (for non) to enjoy.  To see (typically) leftists make bad decisions that may harm society, but in the end also harm, if not outright destroy, themselves.  Worse, the added delusion and mental suffering they put themselves through by going through rollercoaster rides of artificial success and back to long term failure is also an added price they pay, and encore performance we enjoy (just look at all the liberal arts majors who are ecstatic during graduation and the slow, inexorable decline they face for the rest of their lives.  I can't think of a worse punishment).

Enjoy the decline.  And enjoy their delusion.  It's the greatest show for those of us in the real, working world to enjoy.
__________
Check out my other stuff below!
Podcast
Asshole Consulting
YouTube Channel
Twitter
Books by Aaron
Patreon
Amazon Affiliate

Posted by Captain Capitalism at 9:03 AM

You should've keyed her car.

Enjoying the Decline is all that you can do. You are limited in what you can and cannot control in this life. I choose to have fun in this life before I croak. Best of luck Patriots.

I'm gonna Enjoy the Decline here in India if PM Modi loses the 2019 general elections and some Hugo Chavez like figure takes over :) Read that book of yours long time ago.

Cappy,
The other night I was with my kids watching an old TV show, and I found the recipe for the perfect woman. Can we nominate Barbara Eden as the Red Pill Patron Saint of Marriageable Women?
From "I Dream of Jeannie," season 1, episode 15 ("Too Many Tonys"):

I'm doing my best to enjoy the decline, but I found this piece depressing. I met a couple that could be related to this woman, when I was looking to buy a used MG a few years ago. The car was held together with Bondo, the suspension was shot, and generally the car was not going to be worth what it would cost to fix it up. The woman who owned it was much like the car.. Fake nails, fake hair color, fake boobs, and when I didn't buy the piece of junk they were selling, the fake smiles came off exposing nasty, shallow, self entitled creatures. Both were well past their "sell by" date. A perfect illustration of what our culture has become.

The amusing thing about this is how her car and its condition most likely paralleled the car's owner and her condition (like the majority of women her age):
-- well-used, but not maintained properly,
-- probably leaking fluids,
-- undoubtedly a worn-out and torn-up interior,
-- engine most likely over-revved too much, and
-- DEFINITELY not worth its 'book value'.

BUT if you wanted to buy it, she'd undoubtedly expect you to pay the same price as if it were a brand-new Rolls-Royce (one which had never been driven before!).