Your Genetics Betray You 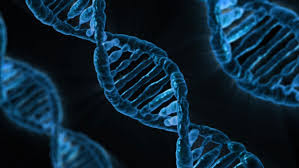 I am not much of one to believe in fateism, destiny, or prescribed futures.  I believe in the individual.  I believe in choice.  I believe that a man is more or less in control of his own destiny as long as you don't live under tyranny.

However, this doesn't mean I don't believe in the environment, genetics, predisposition, or epigenetics.  I acknowledge our environment, our parents, and our genetic lineage set some hard rules, parameters and boundaries within our lives that we all must abide by simply because we have no choice.  I will most likely die from cancer.  My theoretical future children would be short.  But at the same time they would also be spectacularly brilliant as yours truly.  These external realities are simply the rules we must abide by and the sooner you realize, accept, and acknowledge that, the better you'll do in life over all.

But there is an interesting grey area that arises for every man out there (and perhaps women too, but I cannot testify to that).  And that is where your genetic lineage and history has sculpted into your hard-wired psyche that there is the "perfect woman."  A "true love."  Where a girl of a particular affliction, demeanor, candor, and character waltzes is, strikes you dumb, and you are all but helpless to fall for her.

So let me explain my theory as to why your genetics betray you.

I have no scientific proof. This is merely a theory.  But you, me, and everybody else is a product of millions of years of evolution, but more importantly, individual experiences of our thousands of forefathers.  Thousands of our forefathers saw saber tooth tigers and developed and honed the INCREDIBLE AND IMMEDIATE response to go into a defense mode, an attack mode, and do all that is within our ability to avoid getting killed by saber toothed tigers.  And just as those experiences repeated over time has resulted in an auto-matic genetic instinct that goes so fast we don't have the ability to understand it as it happens, so to do I argue somewhere in your lineage a great great great great grandfather of yours fell head over heels in love with some quaint, darling, dainty dame who was so beautiful, so perfect, so wonderful, your forefather had no choice to fall for her completely.

Normally, this is the point in time that we explain where the girl betrayed him.  Pulled the rug out from underneath him.  Pulled the ball out from Charlie Brown.  And thus your fore father learned his lesson.

But that didn't happen.

Somewhere, along your genetic lineage was a man who fell in true spectacular love with a woman, and even if it was a one off event, it was so powerful, so amazing, so true, that his experiences were thoroughly and forever scorched into your genetic lineage and psyche.  And if you think about the statistics and math of this nearly every single male has the genetic code of a forefather who found a true and wonderfully amazing woman.  And so powerful was that experience, 200, 500, 3,000 years later this genetic experience is now part of your psyche.  And not only part of your psyche today, but I would argue (as men are the eternal optimists) we now have part of our genetic code to go and find such a girl as they are so rare, but so valuable, we'll blow multiple generations of men to find merely one in a score of generations.

Every man reading this right now knows precisely what I'm talking about.

For example there was a redhead at a bar in St. Paul who, within the first 5 seconds of seeing her, an uncontrollable response came from my entire being saying "I need to have her." You no doubt have walked about the normal course of your day, minding your own business, when FLASH, BAAMM! ALAKAZAM! some girl who you hadn't even uttered a single word to commanded a psychological, physical, and uncontrollable emotional response from you.  And perhaps it wasn't coincidence, but a tortured circumstance where you were working with, studying next to, or otherwise placed near a girl that fired your up by her mere presence.  Not a single word needs be said. She has the traits, characteristics, and similarities to the woman your great great great forefather fell fore, and when you see said traits, his genetics fire up because that was the most enjoyable, lively, and purposed point of existence in ALL of your genetic lineage.

There's just one problem.  Your genetics betray you.

The red head I met in St. Paul no doubt had the characteristics and mannerisms that at one time fired the passions of a great great grandfather of mine somewhere in the past.  But she wasn't that amazing woman that forever scribed part of my genetic code.  She was another hipster, St. Paul "artist" who was dating a tatted up, unemployed loser who could only afford a bike in Minnesota for transportation.  She was a loser and constantly needed money from her elder sister.

The brunette you fell hard for, for reasons you can't understand, is also a single mom of three different fathers, loaded with student debt and an attitude that makes her insufferable today.  Yes, perhaps she walks the way the woman from 500 years ago walked that enthralled your great great great great great great grandfather, but that is not the same woman.

And yes, that latina goddess has the same eyes and demeanor as some woman who long ago in your genetic past made a forefather of yours slay a thousand men and truly made him happy.  But that is her eyes and demeanor.  Not her communist voting, her love for the state, or her adherence to feminism.  Like Afro-Samurai's dad, that is not your father.  That is something else.

It is a guarantee that, like me, you will meet more than one woman who shares some kind of genetic similarities to a truly amazing and wonderful woman that made a man's life in your genetic lineage one of the best lives ever.  The trick is to have your frontal cortex override your genetics and entire hindbrain and realize there is no such thing as "chemistry."  That woman that you "must have" is NOT the genetic angel and goddess from many generations past in your life, but a symbiant, a doppleganger, and nothing close.

Men today need to have the intelligence and independent thought to not let their genetics betray them.  YOu need to realize that the majority of women today are more concerned about their careers, educations, politics and themselves than you that it is nearly impossible to find the 1-in-a-million woman some past relative of yours had which prompts an idealistic epigenetic gene in you today.  The key is to immediately check yourself once you undescribably start falling for a girl when you haven't even spoken one word to her.  I'm not saying don't take the chance, but realize that what's happening is your forefathers genetics are speaking.  Not the girl.  Because once she does, you'll quickly find out she's not the goddess your genetics are screaming she is.

The trick is to be smarter than your genetics and assess her cooly and accurately.  Not emotionally.  And not genetically.
________________

So... I should not pursue that naked woman with the horse teeth from your previous post?
http://captaincapitalism.blogspot.com/2019/03/if-not-men-then-what.html

A woman's red flags are more obvious today than any other time in history.
And they are there for our benefit: to avoid financial ruin, heartbreak -- even disease, if you wanna take it that far.

Call me an optimist.

This was fun, but I gotta disagree here- if 95+% of our behaviors are instinctual, which is a pretty conservative estimate, mating behavior should fall in there, but I think the answer you're looking for is far more obvious. We're predisposed genetically to seek lust, love and religion, things that people traditionally don't like being told are not matters of free will. No one likes being told that they're not completely free up between the ears... and yet we're not. No one is free of bias, and predisposition towards lust, love and faith is right there.
Individual variation, and the effect of changes that come with age and experience (wisdom) refine those behaviors, or inoculate us against them, but they do not make them nonexistent. I suppose defining love as either courtly love or pair-bonding is important in that context. Both are valid... although I personally believe that pair-bonded love is undervalued, although, IMO, far more common and sustainable and real.