Selling Millennials Their Purpose, Agency, and Reason in Life 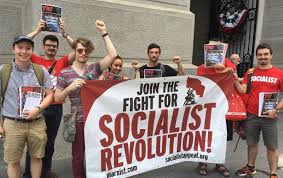 But no matter how much we want something in life, that does not guarantee we'll get it.

For example the Boomers were lucky that the US is the world's reserve currency and in so being we can afford to print off more money without any major consequences to bail us out of our incredibly stupid economic decisions.  The boomers also have the fortune of lucky timing in that the US economy will not likely collapse before most of them are dead and therefore have collected on decades of social security.

Another - but counter example - Gen X and stable, nuclear families.  Some got them.  Most did not, and unlike social security, there's no way to go back in time to have a dad, have Thanksgiving dinner, and live under one roof.  Most will remember living under multiple homes, with multiple parents and what I like to call "the hand off" where you were "handed off" from one parent to another in a parking lot, a mall, or a Wal-Mart.  The dice were not lucky for Gen X in this regard and they consequently will NOT be getting what they wanted.

The issue is then whether the Millennials will get what they out of life.  And what they want is something much more basic, but all the more important than "social security" or a "nuclear family" - a reason and purpose to live life.

Fortunately, they will inevitably find a point and purpose in life.
Sadly, they won't like it in the long run.

This is just the latest in the thousands of companies combining politics with a product they sell.  The originators of this idea were actually Gen X'er coffee store owners who started the whole "fair trade-organic made" scam promotion in the 90's.  The aim was truly to do nothing but feel good about themselves, but it also had an ancillary benefit in that it differentiated your product from everybody else's.  It wasn't a huge advantage.  It didn't materially make your product any better.  And most of the time companies were lying about their leftist-credentials anyway.  But regardless, now "everybody" is organic, fair trade, carbon-foot-print, all-female company, yada yada yada.  Gillette is anti-male.  Target can't shut up about their genderless bathrooms.  Lumber 84 promotes illegal immigration.  And even lingerie stores are promoting fat models.  The time is coming every non-explicitly conservative/libertarian company will attach politics to their marketing in an effort to win over more loyal customers (whether being actually environmentally friendly or not).

But did you ever ask yourself why for-profit, large-multiational, multi-billion dollar corporations are explicitly promoting their leftist credentials and not their traditional, boring republican, "higher quality at a lower price" credentials?  Why would at least SOME companies not advocate a pro-freedom, pro-American, pro-west form of corporate virtue signaling?

Well this gets back to the whole point about what gives Millennials value, purpose, and reason in living.

Ever since they were 5 years old, Millennials have been told what their values and purpose of reason of living will be.  And though not explicitly told "this is the reason you will live," they were so successfully and clandestinely brainwashed, it's sadly the only reason and purpose of living they have - their leftist politics.

The list goes on, but what inevitable political crusade or cause they choose as their "ism-de-jure," it's leftism just the same.  And that's why corporations and companies exclusively advertise to the left.  Because leftist politics is what gives these people point, purpose, and meaning in life.  But there is a drawback.

Politics is a surrogate, not a real reason to live in life.

Yes, you may be a very successful careerist feminist, worshiping at the altar of Sheryl Sandberg, but you will not be a very good or present mother.

Yes, you may value your sensitive male sensibilities, voting the right way, strumming your acoustic guitar, hitting on girls at the organic coffee shop.  But you will not be able to attract a wife, let alone afford a family on your Masters in Poetry degree.

Yes, you may have spent your time protesting one thing or another, but it came at the expense of working extra hours at the office to pay off your debts so that someday you might be able to afford a house.

This isn't to say that Millennials aren't pursuing families, aren't getting married, or aren't inevitably becoming homeowners.  But their lackadaisical performance in these areas indicate to me that they are putting more value, and thus more time, into their religion of politics, and less on real-world self improvement be it the gym, a real education, a decent career, or prudent personal financial management.  And corporate America's insistence on focusing their advertising on socialist politics instead of the merits of the products (quality craftsman tools, home-making benefits, ease of home life, reliability of a car, etc.) confirms that this generation values politics above all else, even reality.

The real tragedy is that the joke's on them.  Because just like the colleges and universities, Corporate America will make trillions off of them selling them "politics" as their sole purpose and meaning in life.  Even more tragic, the millennials will still think these institutions - who ruined their lives - are their friends.

Neo-Bolshevists, all of them, must be purged.

...and the rest of us have gone Galt. Good luck, boomers and genx, inflating the currency into oblivion to pay for your obamacare and try to cling to a painful existence for a few more months.

There has to be actual production backing a currency, reserve or not. Foreigners wanting our money only buys a little bit of time.

It's funny to see this crusaderism in the left falling apart with how corrupt the whole leftist system is. That's the easiest way to kill crusading movements. That's how the original Crusading movement died. People were really fired up for it when it was about restoring Jerusalem to Christian control and giving the Muslims a black eye. It slowly rotted away when national interests began to overtake religious ideals, when the French and the English had disagreements that weakened the Third Crusade, and when the Venetians used the Fourth Crusade to knock out their rival Byzantium. The Sixth Crusade was just the German Emperor flexing his diplomatic muscles to show how he can talk down the Muslims and humiliate the Pope. Even the Byzantines who originally supported the Crusaders turned on them because of greed and xenophobia, which contributed to the Crusaders eventually working with Venice to knock them down. It was clear that nations and groups were just using holy wars to fuel their own greedy ends, and that's what killed the Crusading movement as its importance died over time.

In the same vein, many leftist groups just use social justice, not to help the poor, the weak, or the needy, but to make themselves look good. The average SJW on the ground genuinely wants to help their inferiors, just like how the average crusader back in the Middle Ages honestly wanted to fight for Jesus. But the guys up top just can't let go of their greedy desires, and instead of working with each other for a common cause as the movements propose, they just end up ruining things, because while they were there for noble goals, they were all there for selfish reasons. The increasing dissatisfaction with the left and the triumph of Donald Trump is a symbol of the SJW movement's failure, just like the fall of Acre was a sign of the failure of the original Crusades. And the sad fact is, since many modern leftists choose not to learn from history, people are doomed to repeat the mistakes of the past.

"Switch to Aspiration and save up to $545 every year. Aspiration pays you high interest on your savings, provides cash back and trusts you to pay only the fee you think we deserve – even if it is zero. That means you can use any ATM in the universe...for free!"

Yeah, this isn't going to end well... for them. This is just like all of those cafes and eateries that used the "honor" or "pay what you think you owe" system. They all end up shutting down.

You'd think they'd learn by now, but honestly, I hope they never do. They deserve it.

I know they are lying, have known it for years, but they have been taking money from me every payday since 1974 and calling it Social Security. I may not get it, but I damn sure paid into it. If I received what was collected from me and 5% interest compounded, that would seem fair.

You nailed it, Arron, but in about 5,000 more words than how I'm going to nail it here.

Boomers (unlike Millennials) are approaching death, after which their consumption of Gillette blades, Folger's coffee, and everything else declines to zero.

EVERY profitable business finds out what people want, then sells it to them.

That's the ONLY reason why every company/brand/enterprise is duct-taping sustainable, green, diverse, LGBTUVWXYZ, vegan, gluten-free, organic, renewable unicorn farts onto all their products and services. THAT'S what the next couple of decades of consumers are buying ... NOT razor blades, NOT coffee, NOT soap, NOT deodorant, NOT breakfast cereal ... they're buying, as you said, leftist politics in order to virtue signal .

Hi I noticed there's finally a "realistic" financial market for college loans, etc - though readers might find this interesting. Notice the loan terms for different majors.

Without resorting to a NAMALT argument, which isn't really feasible, since most are, I'm hopeful that there will be a backlash to the Millenials. Whether it's the kids who are young teens or the generation after. I'm not especially sanguine about it, as there aren't enough kids from intact two parent families to become stable successful, happy adults, but I can hope.

Pretty much already gone Galt. Not averse to going Bronson.