No, You are Not Insane

This is an excerpt from the book "The Book of Numbers: Analyzing the ROI on the Pursuit of Women."  Though it is in the last chapter of the book, I believe it is a good first thing for men to know starting now and going forward, that no, you are not insane.  This is not acceptable nor normal.  Consider purchasing the book if you appreciate this excerpt.

"The first step is to realize that, no, you are not insane.  What you are experiencing today is not normal, is not acceptable, and that voice you hear in the back of your head saying “something's wrong” is 100% right.

Previous to the internet, men didn't have a central depository or forum by which to compare notes.  Sure they would discuss amongst themselves.  Sure, they'd exchange observations about their girlfriends or their wives with the guys at the factory.  But most men for the most part would assume it was a localized phenomenon, or at least specific to them.  This meant any problems a man had with his wife/women was squarely his fault and therefore it was up to him to correct the error of his ways.

That is until now.

Because 20 years of the internet has provided us with the largest, open-source, sociological study on women.  And with terabytes of data and unlimited case studies through blogs, posts, vlogs, etc., a fully-functional model has been created, explaining the incentives, preferences, desires and behaviors of women (I'd recommend “The Rational Male” by Rollo Tomassi to see a best-attempt at explaining this functional model).  But more importantly, it has exposed a hypocrisy within society.  Specifically, the contradiction between what society tells both men and women about each other, versus what nature has made us to be.

You have 2 million years of your ancestors' experiences culminating into the instincts, preferences, and desires that you have today.  And for 99.999% of those 2 million years, you have wanted a svelte wife, who would give you some kids, support you, and maybe even love you in return.  That is now running headlong into what social-science charlatans, political activists, and marketers have decided what women should want for the past cheap 50 years.  And no matter what the completely fabricated “social science” rationale they come up with is, it does not undo your programming or your 2 million years of human evolution (nor women's).  “Feminism,” “socialism,” “careerism,” and dating advice columns be damned.  Men and women haven't changed.  And while the whole world may be telling women they don't need men and that they can internally derive all their purpose and meaning and life from themselves, all of that is lies.  And the proof is in the low-quality women they're demanding you marry into that we've discussed before:

40% of single women being moms is just not acceptable.
Celebrating a 60% overweight rate among young women is delusional.
It is not acceptable behavior to stand up or flake on a date, let alone at a 70% rate.
A 25% minimum serious STD infection rate is mind-blowing.
A cultish addiction and obsession with one's career is simply insane.
And choosing work over children, family, a husband, or love is inhuman.

No, you are not insane.  Women today are objectively wrong about what matters most in life, and their life decisions which have led to the creation of the poor dating options you face proves it.  It may not be what you wanted to hear, but at least you know (in this one regard anyway) you're not the one with the problem." 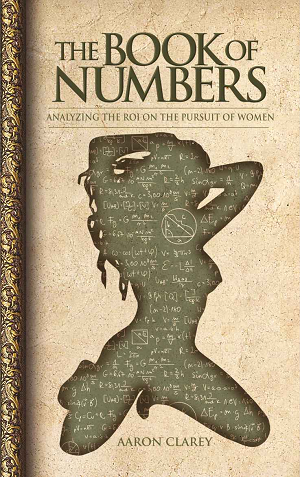 Posted by Captain Capitalism at 5:00 AM

0% of single women being moms is just not acceptable.

The second must be among the 40% not described by the first.

Interestingly enough, I have no regrets not marrying nor having children. I am in my mid 50s and I am glad I did not make those mistakes. I have friends, family and pets and really no headaches.

I first doubted It was not true but decided to try, when I contacted this herbal physician via his e-mail, I purchased herpes herbal medicine and received it within 7 days and used it as prescribed, I tested negative within 3 weeks use, do not loose hope to contact him early If you need help, you can contact him on email dr.chalaherbalhome@gmail.com or you can visit his website on http://drchalaherbalhome.godaddysites.com or https://mywa.link/dr.chalaherbalhome am convinced he can help you too

What gives you the right to decide "what women want?" You're just a pompous incel who blames all his dating failures on women. Because it couldn't possibly be that something is wrong with you, right?