Virtue signaling, in short, is where you take a position or advocate a position as a mean to signal to others that you're virtuous.

You may not actually be virtuous.
You may not even believe in the position, lying entirely about what you advocate.

But that isn't your main goal. 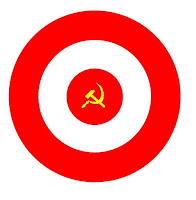 I loath Target with all my heart.

Not because of their politics or even that they allowed whoever to use whatever bathroom in their stores.  I'm actually for transgendered rights.  It's the gallons of smugness they have about themselves and how they just outright lie to their customers about their corporate morality, if not superiority.

They donate 5% of their pre-tax profits back to the community.
They go out of their way to hire waifs of women as security guards.
They're body positive.
Anybody can use whichever bathroom they want.

Oh, and they will remind you of this every two seconds if you're in one of their stores.

Corporations realize that the socio-political trend in the US is drifting to the left.  Not just in terms of economics, but socially as well.  Ever since the 90's a huge trend in deriving one's value from any one of a number of approved, leftist, politically correct political stances has occurred.  Going green, being a feminist, organic, non-GMO, diversity, the environment, etc. etc.  And since now at least half of the population derives their entire life-value from their beliefs (and not their accomplishments) corporations know these beliefs are the only thing a lot of people have in their lives.  Therefore, if they virtue signal to these sheeple that they too are (choose your plate of BS)

green
organic
for the whales
for the snails

these sheeple will buy their product.

In other words when you see Chipolte CONSTANTLY remind you about how organic it is, it isn't because their founders had some moral crusade they truly believed in.  They just wanted your money.

The body positive ads you'll see in women's magazine?  Yeah, the editor doesn't care that if you're fat...or...unhealthy...of that you're likely to be fat and childless by 50.  They got your money.

And the colleges that sell you sheep $150,000 doctorates in some SJW BS crusaderist "studies?"  The ones where you'll constantly have to beg charities or the taxpayers for government handouts so you can do absolutely nothing to advance the world?  The ones where the student loans will cripple you for the rest of your life?  They don't care, they got your money.

I absolutely love it when leftists always claim corporations have all this power to "trick" people into buying their product.  But yet, while they're at the trough, slopping up the virtue signaling slop these companies sell them, they have the clueless gall to tell me they're too smart to fall for it.

So carry on virtue signaling leftists!  Buy your fair trade (as far as you know) Starbuck's coffee.  Buy your slave-labor Apple product.  And please shop at Target.  Because you're too stupid to see corporations' slimy marketing for what it truly is - virtue signaling euphemistically paraded as "Corporate Social Responsibility."
Posted by Captain Capitalism at 5:30 AM

Evidence indicates this is nothing new:

When you fast, do not look somber as the hypocrites do, for they disfigure their faces to show others they are fasting. Truly I tell you, they have received their reward in full. But when you fast, put oil on your head and wash your face, so that it will not be obvious to others that you are fasting, but only to your Father, who is unseen; and your Father, who sees what is done in secret, will reward you.

Even if you don't believe in Christianity the mere fact that someone saw the need to write about virtue signalling in the first century AD tells us this is probably as old as humanity.

Plus, is their a better description of your typical virtue signalling leftist, especially a feminist woman, than "they disfigure their faces to show others they are fasting"?

Yeah, Chipotle has always annoyed me with their pretentious quotes on their bags, and their claims of being healthy, all the while peddling 1500 calorie burritos. If you asked the average person on the street which had more calories, a Big Mac or a Chipotle Burrito, I would guess the majority would say Big Mac, and yet you could eat two Big Macs to reach the calorie content of one
Chipotle Burrito (sure, it's probably better to eat one Chipotle Burrito than two Big Macs).

And if it weren't for virtue signaling, Apple and Disney could barely exist. The left hates Walmart because it's successful for selling products cheaply that poor people can afford (the left likes to champion the poor, while not really wanting to be anywhere near them). Yet, they love Disney and Apple despite the fact that they sell expensive products that poor people can't afford, but try to purchase anyway. Disney will sell their 50 year-old movies for $19.99 each, while every other movie from the same era can be purchased in the bargain bin for under $5. And their amusing parks are just overpriced gift shops with a couple of rides. Yet people eat that stuff up. And Apple can sell products of equal quality of their competitors for 3 times the price, but that's ok, because their products are trendy or something. If you're a sophisticated leftist, you can't have the trailer park dwellers walking around with the same stuff you have.

I've always regarded Target as the Wal Mart for people who don't want to shop at Wal Mart. I'll freely admit that given a choice between buying something I need from either, I'll go with Target. Whatever virtue signaling they may do in press releases and in other media, I don't really see it in the actual stores. I can't speak for other parts of the country, but that's how it is where I live.

The dislike I have for Wal Mart is not based on their politics or business practices. What I find off-putting is the general feeling of hopeless desperation that permeates every aspect of a Wal Mart store, including the people within. That's what I don't like.

I'm not going to get all emotional about whatever banner a company happens to run up their flagpole, mainly because I just don't give a shit, but also because I have better things to do than maintain an ever-shifting list of places to go and not go, based on petty issues that at the end of the day really don't directly affect me.

If a business can provide me the things I want or need for a reasonable price I'm willing to pay in a comfortable and convenient environment, then that's where I'll go.

I know people who live by the aforementioned shifting go/no-go list and honestly, I find the concept maddening. However, as Aaron pointed out, these are the people who derive value from their beliefs as opposed to their accomplishments, and I agree 110 percent. I had a conversation with a global warming true-believer in whose mind carbon dioxide was the end-all be-all cause of climate change. I suggested that instead of making all this noise about it in the internet echo-chamber, maybe he should ask his condo association about doing some gardening in the green spaces they have. Either that or just go out and start doing it to lead by example and maybe other people in the complex will come out and join in. When he asked me, "What good will that do?", I explained how more plants will trap more CO2 and, if nothing else, it will produce food for people who need it. That seemed to really piss him off.

Ultimately, getting back to the original subject matter, beyond superficial differences, Target is just another purveyor of cheap Chinese crap. One thing that amuses me when I go there is when the cashier asks me "Will you be using your Red Card?", I respond with, "Why yes, I will be using Chairman Mao's Little Red Card."

Only a few of the older folks there get that one but it always makes me smile.

The "diversity" question recently came up at a partner's meeting at my law firm. Apparently, when choosing counsel, some corporate clients are demanding not just competence, low fees and 24-hour access to your time, but to know if you are Sufficiently Virtuous. We have two female partners out of 12, one female Asian associate and a male associate with a Muslim-sounding name (he is a conservative Christian, but we keep that quiet).

1. In addition to our two female partners, Asian woman and Guy-Who-Sounds Muslim, we have one partner who is disabled due to insanity, neurosis and instability. We don't know if we have any gay partners or associates, as it is illegal to ask that question. We do, however, have one partner who has 400 show tunes on his iPod, and can sing the entire scores of at least forty Broadway musicals, from memory, upon request.

[The unstable person and Broadway show lover is the same person, i.e., yours truly, cleverly disguised as a middle-aged white Jew.]


2. You and your Diversity can go fuck yourselves.