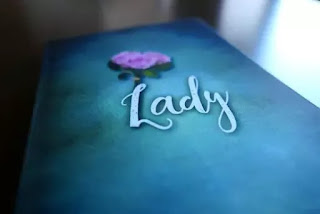 T'was the part of my annual snowbird pilgrimage where after visiting my cabal of friends in the Phoenix/Tucson area, I would make my way west to visit my cabal of friends in San Diego.  It was convenient that the ride takes about 7 hours, because that would be enough time to listen to Roosh V's latest book "Lady."

I wanted to listen to Roosh's latest book because I too have been contemplating writing a version of Bachelor Pad Economics for women.  This was in part to diversify my reading audience, in part because it is sorely needed, but also because of posterity.  Advice for men has been thoroughly produced and provided by red pill authors over the decade, yet there is a woeful dearth of it for women.  However, I say "posterity" because I am no fool.  It is highly doubtful women will ever read, let alone incorporate anything red pill today, especially when there are much sweeter tasting lies published by the likes of Oprah, Ellen, Sheryl, Michelle, and Hillary.  So I was very curious to see what advice Roosh would provide to women, much in the same manner he has done for men.

"Lady" is a very good first attempt of introducing some red pill reality and olive branching to women.  I said before that "Game" was the most pro-women book ever written by a man, but Roosh outdid himself this time by providing a practical and truthful guide to women who are serious about finding love, family, agency, and happiness in life.  And that's the main selling point - it's truthful.  It's honest.  Roosh doesn't lie, he isn't sarcastic, he isn't intellectually dishonest.  Like his previous works he is clinical and has the reader's best interests at heart.  You may disagree with what he's saying, and even some red pill men would disagree with some of his tactics or advice.  But there is no doubt that Roosh genuinely wants to help women with the advice, wisdom, and experience he has gained over the past 15 years.  And any women who read AND ADHERE to this book will have more success in their lives than if they read 20 books by Oprah.

There are only three minor-to-medium problems with the book, none of which are the fault of the author, as much as it is what he's trying to accomplish with the book.

First, Roosh leads off the first chapter by adroitly addressing the key differences between men and women in terms of how they read, take advice, and problem solve.  It was necessary as men and women are different and Roosh has written exclusively for men in the past.  He points out that women think more emotionally, place more weight on feelings that cold hard logic, solve problems differently, and to that extent took it upon himself to read several female-authored self-help books to make his writing more conducive and receptive to female readers.

He then proceeds to lay down THE HARSHEST, HARDEST, BLUNTEST PHILOSOPHICAL TRUTH BOMBS WITH ICY COLD LOGIC SAUCE ON TOP THAT YOU WILL EVER READ.  I'm not complaining about this at all.  The prologue is some of the best writing I've ever read about the point and purpose to life, the reason for the sexes, and a brilliant economic connecting of materialism and unhappiness I ever read.  But I found myself laughing aloud because he essentially promised these women he would use lotion and be gentle, but just went in raw on their brains.  Sadly, I fear most women will not even get past the prologue (I honestly don't think they'll even pick up the book) thus never reaching his intended audience, but for a male-reading audience it was funny (and intellectually stimulating) as hell.

Second, though the book is essentially a guide (only about 150 pages in paper), it is too dense, too intense, and simply too much new (and revolutionary) information for your average western woman to digest and understand in one sitting.  There is so much new and different thought in this book to your average woman, it would be like plopping her down in front of a table full of food and trying to make her eat it in 5 minutes.  One of Roosh's main complaints about reading the female-authored books in preparation for his was that they took too long to get to the point, but perhaps that is precisely the speed at which women optimally enjoy and take in new information.  If he really wanted to get red pill/realistic philosophy into the minds of women, he would have to amortize this mere 150 page guide out into what I fear would be a 4 book, 250 pages each, series.  I know I wouldn't have read it.  I doubt Roosh would have written it.  But the amount of new information, theories, and philosophies he's trying to upload into the reader's mind would need to be drastically diluted and spread out.

Finally, the book was too tedious for me.  This is 100% because I am not the intended audience and I am also fully aware of what needs to be done to "make women happy again."  Of course if you're a woman, or you are not familiar with red pill philosophy, you won't have this problem.  It will all be new material, the philosophies will be thought provoking, and it WILL give you AT MINIMUM a different opinion on life even if it is a bit much to digest. But if you are familiar with the red pill, "Lady" is kind of basic "Red Pill 101 for Women" and you're not going to learn anything really new.  Thus, for most of my reading audience, I would just read the prologue for the aforementioned spectacular nuclear level philosophical truth-bombing, and perhaps pass the book onto a female loved one you wish to spare the fate of Sheryl Sandberg or Lena Dunham.

These three minor problems aside, the truth is this book would do more to make women happy than all the affirmative action, government programs, women's empowerment seminars, Oprah books, and liberal arts masters degrees combined.  It does so simply because it's based in truth, whereas the latter are simply lies.  The problem is, of course and as always, that women prefer lies over truth.  And well-written as Roosh's book is, I doubt it will overcome the trillions we've spent over the past five decades brainwashing women to abandon being women and become the thing they hate - men.  But let the record show that this book does prove something beyond a shadow of a doubt.

Roosh does not hate women.  He actually cares about them and is trying to help them.  You just disagree and hate the help he is trying to give you.  Which is like hating a doctor who recommends treating your cancer with chemo, when you want him to instead recommend Tylenol, which is fine.  Just don't expect your cancer to go away.  And just don't expect to be happy in life.

You can find Lady here in audio, paperback and kindle.

And look out for the Army of Pugs.
Posted by Captain Capitalism at 11:23 PM

I used to read Roosh's ROK site which lead me to you Aaron. Even though I have no intention of reading the book, I think I know whats in it and also know it will never be read by a female audience. I wish Roosh all the luck, but women crave reinforcement that they are fine and any negative consequences of their actions are all mens fault ad nausem. Disney, the democrat party and advertisers know exactly how to successfully sell their pablum to women and they have been conditioned since birth more than even Pavlov's dogs.


Spend time with young females (I have a lot of cousins) and listen to what influences their purchasing, voting and entertainment habits. And despair. (I would estimate half of the young men are lost as well via single mom-dom). Most are to far gone and will double down on the lies rather than face the facts.

Thank you for the review!

"But I found myself laughing aloud because he essentially promised these women he would use lotion and be gentle, but just went in raw on their brains."

I almost spit out my coffee when I read that.

For more red pill sexual strategy info for women, you should check out https://reddit.com/r/redpillwomen

I couldn't help but laugh at the bulletin on Market Watch today at 3:15 EST. "Weight Watchers stock plunges Oprah loses $555 million..." and then the bulletin was immediately taken down. I'm also learning how to enjoy their decline... Priceless!

A brilliant review of an important book!

I would absolutely buy Bachelorette Pad Economics! I watch your videos to glean knowledge and it’s relieved my guilt over running out of money to finish college. Please write it!

I bought it first day out. I skimmed through it. After fifteen minutes I decided it is mandatory reading for my daughter.