The "Self Love" Movement and Why It's Toxic 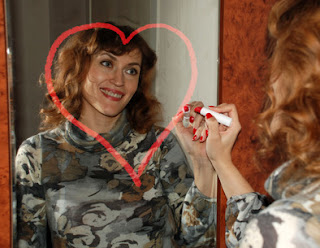 This is an excerpt from the book "How Not to Become a Millennial."  In this segment we delve into a phenomenon I noticed when binging on feminist podcasts - the concept of "self love."  The term does NOT mean loving oneself a la self-respect or self-confidence, but is rather a very different and advanced concept within feminist (and other) circles that focuses on ignoring the wishes of others, putting yourself as the sole and only authoritative source of love, and thus the sole and only source of value and meaning in life.  It was - to put it in simple terms - delusional.  It's a combination of delusion, arrogance, and laziness where people are now simply declaring themselves "worthy," "valuable," or "deserving of love" simply because they are too lazy to put forth the effort, work, and toil to produce something of value that others might want. And so they turn inwards, deciding it is them and only them whose love they need.

"But among the many and important existential questions this fork in the road presented, a critically important one was what would give an individual value in life?  In the real world (as discussed in Chapter 24) what you offer other people is what gives you value in life.  Be it a product you make, a service you render, or perhaps improving yourself so much others wish to spend time with you, value was externally-conferred.  But in the insular world of the Millennial political religion value was self-conferred or internally conferred.  What you believed.  What you thought. Which correct politics you advocated.  It required the approval or participation of no one.  And so when presented with the choice of sacrificing your time and effort to produce something of value to society, or simply self-declaring yourself to have value because “reasons,” people realized one takes an incredible amount of effort and labor and the other does not. And as human laziness springs eternal we all know which path most Millennials (and most people) chose.

This resulted in pushing self-esteem another mile marker down the road into “self-love.”  But not the traditional self-love we’re familiar with (be it the healthy kind where you love yourself in the form of self-respect and self-confidence, or the bad kind where you are narcissistic or arrogant).  This new form of “self-love” is the next evolutionary stage of self-esteem where it creates an entire value structure where 100% of your life value is derived internally, not externally.  You don’t have to do anything for anyone. You don’t have to work or sacrifice or toil to create something of value for others.  You don’t have to invest in yourself to make yourself attractive to other people.  The concept of selflessness and altruism is completely absent from this form of love, if for the simple fact there is no counter-party to be selfless or altruistic towards.  And so this new love is a completely self-contained system.  A truly individual and personal affair, only requiring the individual and no one else.

But this concept of self-love isn’t relegated to fat acceptance podcasts.  You can see it elsewhere.  Though anecdotal (and usually clickbait) there is the twice-a-year article about a woman marrying herself, her cat, or her dog.  There was even an article about a woman marrying her degree.  There is no limit to the number of men who live in alternative realities be it via video games, RPG’s, or “waifus.”  And not in a healthy and fun way where people get together and play a session of D&D, but where they love their character and their lives in a world that does not exist more than the one that does.  And there is no limit to the number of young people who place their politics ahead of everything else in life, including other people, deriving value only from their sanctimonious selves.

But whether it’s people in the fat acceptance movement, a woman marrying herself, a NEET playing a 48th level Paladin, or a self-obsessed “anarcho-communist” telling you about his politics when you didn’t ask, whatever mental acrobatics people execute to confer “self-love” upon themselves, in the end it boils down to one thing and one thing only – laziness.  These people are just too damn lazy to produce anything of value.  It’s not intellectual.  It’s not avant-garde.  It’s not edgy.  It’s just a huge, bogus, intellectual façade to lie to yourself that you have worth without having to produce anything of value because you’re so deathly afraid of work.  And ultimately it’s an admission of weakness as you’d rather stare into a pond like Narcissus instead of put in the work to get a profession, get a life, find love, or make some friends.

The Saddest Thing Ever – When Laziness Trumps Love

In the end self-love cannot have value and for multiple reasons why.

First, in self-conferring love you essentially make yourself your own printing press of love.  And just like a government printing off money causes hyperinflation and destroys the value of a currency, so too does “printing off” self-love.  I can look in the mirror all day and say “I’m good enough, I’m smart enough, and dog gone it, people like me,” that doesn’t make it so.  There needs to be some genuine production, achievement, or accomplishments to give the individual intrinsic value.  Not a mere declaration of value by fiat.

Second the only consumer of this self-love currency can be the individual who manufactures it, because who else is going to want it?  The quickest way to deter somebody from spending time with you is to tell that person how great you are all the time.  And while certainly there is value in self-respect and self-confidence, when all somebody talks about is themselves without some amazing achievements and accomplishments in life to back it up (say like The World’s Most Interesting Man), other people quickly tune out, divest from the individual, and spend no time with that person.  Once again rendering that person insular and irrelevant to the rest of the entire world.

Third, there is an observational effect of value or love as we discussed about the musician’s theoretical composition sitting unseen on the surface of Mars in Chapter 24.  Unless there is another party or person to observe, appreciate, and like/love another person, then no such value exists.  Proponents of self-love would argue that this is precisely the point of self-love – that they don’t need an external party to confer or condone value/love upon them – but this then reinforces the entire point that self-love offers no value to society, only to one’s self.  And this is perhaps the core definition of self-love as it only benefits the individual, is for the sake of the individual, and offers nothing of value to others.  And so while podcasts can be recorded, research conducted, articles written, even books published about “self-love,” all that intellectually ballyhoo and pablum is completely unnecessary as the entire concept of self-love is completely summarized and described in one word:

CHECK OUT THE BOOK!!!
SAVE A GEN Z'ER!
AVAILABLE IN PAPERBACK AND KINDLE,
SOON TO BE AUDIO AS WELL! 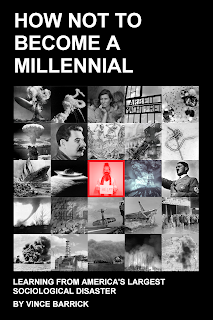 I would offer that is the stuff old maids are made from.

There are pictures of stalin and hitler on the book cover. From what I understand, they had the same philosophy as today's millenial.

What we have with Millenial ideology in regards individual self-esteem, is this. What they seem to be claiming is that self-esteem is inherent and therefore you don't need to do anything to keep it. This is totally false!!! Having a sense of your basic sense of self may have in and of itself, a sense of a good feeling...but the problem is, such is not static. For such is merely the start point of our choices in the world. And such choices either increases our self esteem, or undermines it.

for example, children, are all born with the innocent inherent good feeling, nature/basic self. And if this is built upon by getting our needs met then that is all good and well...but if it's the case that we didn't have our needs met...(especially our mental and emotional needs), then we are going to have beliefs that are not going to be very healthy. Such beliefs will be irrational in some form or another. In terms of our self-esteem, we will probably not like ourselves very much. So in order to align ourselves with reality then, we would need to root such beliefs out and meet our own needs as a adult, in order to feel genuine self-esteem!

What creates genuine self-esteem then, is productive choices. In other words, being competent based on what is needed or required of each situation we find ourselves in on our pathways in life. Such efficacy in life is based on mentally integrating reality. Such naturally leads to high self-esteem. On the other hand, if we do the opposite, ie, make decisions based upon whims, laziness, what we want to be true (rather than what actually is factual) etc, then the effect of such an approach overall, is low self-esteem. And no amount of lies, affirmations, ("I love myself". I am feeling great"...etc) can possibly create genuine feelings of self-esteem in the long run. For reality ALWAYS reasserts itself.