Why Illya Kuryakin Was the Ultimate Bad Boy

Do you know who David McCallum is? 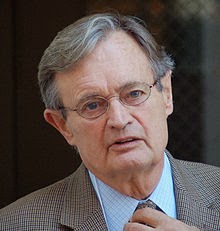 He is an old actor who plays in NCIS.

Or at least that's what modern kids today know him as.  Back 50 years ago the kids had a drastically different opinion.  David McCallum was actually a huge star in his youth starring in anything from "Perry Mason" to "The Great Escape."  But his defining role was as a Russian agent, named "Illya Kuryakin" in the TV show "The Man from UNCLE" (which I own and highly recommend)

Now take a look at him in his youth: 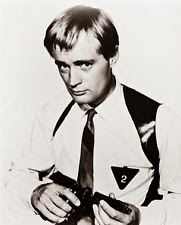 Certainly better looking than he is today, not to beschmirch Mr. McCallum, as nobody gets better with age, but answer me this.  Is he really a heartthrob?

Although the show aired at the height of the Cold War, McCallum's Russian alter-ego became a pop culture phenomenon. The actor was inundated with fan letters and a Beatles-like frenzy followed him everywhere he went.[5] While playing Kuryakin, McCallum received more fan mail than any other actor in MGM's history.[7] Hero worship even led to a record, Love Ya, Illya, performed by Alma Cogan under the name Angela and the Fans, which was a pirate radio hit in Britain in 1966. A 1990s rock-rap group from Argentina named itself Illya Kuryaki and the Valderramas in honour of The Man from U.N.C.L.E. character.

Are you boys paying attention?

Illya Kuryakin was an agent from, at the time, our HATED  and SWORN archnemisis - the Soviets.

And chicks digged him more than any other character in Hollywood, let alone any one of the million of available hard-working American men.

Now I have seen the show.  And David McCallum's character is certainly polite, dark, mysterious, but boyish and innocent as well.  But do not be confused why he was such a heart throb among the ladies.

He was the "enemy."  He was forbidden fruit.  He was the "bad Soviet boy" that daddy would be furious about.

It's why felon game works so well.

You need to be forbidden.  You need to be bad.  You need to be pretty much the EXACT opposite of what women claim they want.  This cannot be emphasized enough.  If you pull up on a motorcycle with some tats, dare to even dismiss her presence, the girl will not be able to resist.

Don't ask me why.  I don't know the underlying psychology and I'm too old to find out.  but it "is what it is."  And those are the rules you need to play by.  Remember you want to be Illya, not Napoleon Solo. 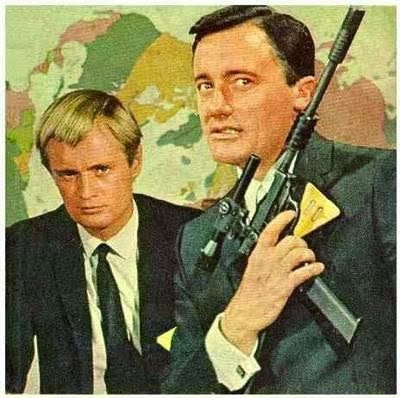 Posted by Captain Capitalism at 6:30 AM

What you say may be true, but it isn't supposed to be that way.

Most women really don't know what is good for them - especially in this degenerate age. Finding a woman who does respect a good man and shuns the thugs is as rare as finding a diamond in a pigsty. I know thats just how it is, but it shouldn't be.

Having a Russian accent, wearing all black and having blonde hair combed in a mod style didn't hurt either. I can appropriate the first two, though not the third, unfortunately. Btw, I recall Illya saying "nyet" at times, but never "da." He was also a contrarian!

Thanks Captain. I remember Illya Kuryakin well, and never missed a show. I recall having a "Man From UNCLE" attache case, which shot a plastic projectile out a secret compartment, and had other exotic weaponry stashed inside. Also on the playgorund we perfected karate chops to the neck. One time I got stunned cold by that move.

Given that job hunting is said to be like dating, does this advice of yours apply to job hunting as well.

So if I throw a nuclear bomb at a company and kill everybody in it, will I get hired ?

I bet Mario Del Monaco would outclass McCallum on any given day.

You are quite biassed in your choices.

I bet Ivan Rebroff had more pussy than McCallum.

Oh, yes! We thought him handsome back in the day but tastes change. My daughter and I were watching some Gregory Peck movie years ago and i told her that he was the handsome Hollywood leading man of his day and my daughter exclaimed in horror, "But Mom, he looks like a monkey!"

Hey, Aaron Clarey, I have two names for you:

Come on, tell me that women wouldn't dig them !

Come on, I dare you.

In addition to David McCallum's well known roles, he starred in two episodes of the original Outer Limits first season that every guy should have on his "must watch" list:

Interesting, but I'm not totally sure. Here (http://www.chicagotribune.com/lifestyles/columnists/ct-man-from-uncle-brotman-0817-20150814-column.html) they say that girls liked him because:
'He was good looking, with that blond hair gleaming, but in a sweet and nearly pretty way. He was so slender and slight that you could almost imagine a fourth-grade girl taking him in a fight.
Which made him a classic young girl's crush, Pohn said.
Pohn, now a market research consultant specializing in marketing to children, created a video of younger girls' heartthrobs over the years, from Frank Sinatra to David McCallum to Justin Bieber. They had one thing in common.
"They're nonthreatening, almost effeminate," she said. "Napoleon Solo was kind of dashing and manly and strong. Illya was the fun, cute sidekick. He was almost pretty. I think that made it very comfortable for him to be the one for us to fall in love with."'
Almost the opposite of what you're saying.