The Largest Argument Against Women's Suffrage

My official policy on voting rights is that you must own property and receive no government check either as an employee or a parasite on the taxpayer.  Beyond that, I don't care who votes as you've both earned the right and you are financially vested in the country.  However, there are times....

ooooohhhh are there times....

I really question the wisdom of given women the right to vote.

And it really does boil down to this simple argument - what kind of people read this kind of tripe? 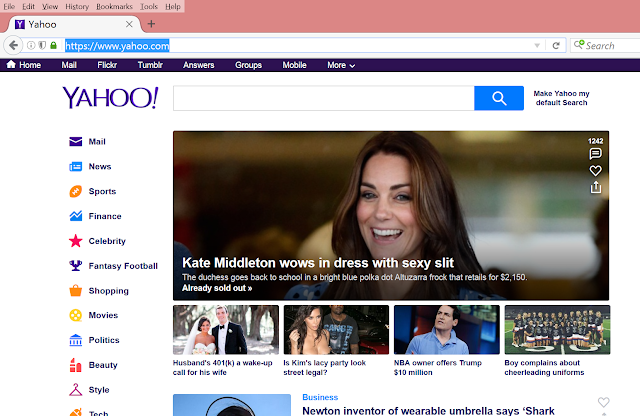 I am 100% serious.  The fact that this is the lead on "Yahoo News" and that this utter worthless, pointless garbage is consumed by women AND IN SUCH VOLUMES THAT IT WARRANTS FRONT PAGE WORTH, really makes me wonder if women have the logical and mental facilities to be good stewards of the vote.  Of course, by historical voting patterns, women vote for less freedom and an increased state 70% of the time, once again undoing what 4,000 years of western civilization and millions of men's lives fought for.  But hey, as long as they get to waste their precious life reading about what some British slut wears when she goes to school (while she's independently wealthy), fuck western civilization, fuck the Magna Carta, fuck the constitution, and fuck the American Experiment.

Hillary has a vag, and it's about time we get a woman president!

Enjoy that freaking decline.
Posted by Captain Capitalism at 2:43 PM

After reading up on in-group bias and reading Judgy Bitch's "Give women power, and women will create morally righteous ways to abuse it" I have come to my own personal conclusion that women just should not vote. I know it wont make a lick of difference, but when you have one team swaying everything in their direction instead of considering the good of the entire league as a whole, your just waiting on trouble. Whether they pay taxes and hold land or not, I personally don't care anymore - just, no. Women already had enough influence on voting by virtue of pestering their husbands, so someone decided that, instead of letting the ladies hand the bullets to their husbands to shoot themselves in the foot with, they would rather just give the ladies the whole gun. Nope. Fail.

Americans could have it much worse ...

Then after the inevitable ¡Yahoo! and Daily Mail merger,
you'd never be able to escape this stuff ever again.

Bring back the poll tax. It can not be in fiat currency.
One ounce of gold, and a citizen, you get to vote once, with ID, for the candidate of your choice.
This would straighten out a lot of screw ups.

The worst of women voters are those in education. I've rarely met one that has a conservative voting bent even the ones that attend church. They are all into touchy/feely BS.

I've made it known that I'm for repealing women's suffrage and needless to say I don't win any popularity contest. :LOL:

You will eliminate one set of parasites only to create another set.

Depends on the presentation, Anonymous. I would guess you get many a lizard brain in gear with that assertion.

Most "news items" are but red herring fare anyway.

And, of Hillary Clinton becoming President:
It doesn't matter who gets elected President anyway as the ones in control are the legislatures and lawmakers anyway. They're the ones who create and concoct all the laws and rules and regulations.
The authorities and officials are the ones who cherry-pick who to enforce those laws and regulations against as well as who gets to go through their lives "exonerated" and allowed to exist in a freelance state. In other words: Who has to constantly "walk on eggs", making sure to not as much as "step on the cracks" when walking on the sidewalk---and who's allowed to run around feral: to be loud and drunk in public, drive reckless and ignore the speed limits when on the streets and roads, and to act like all-around "civilian monarchs": smug, shameless, without a conscience.

Honestly, I think that is unfair. I mean how many articles have you read about some guy making a million dollars because he successfully threw this ball through that apparatus? OR how many men spend many hours with their hands in their pants watching pictures of other people having sex rather than making their own life worth living.