How Mexico Can Benefit from the US' Weakness

Silently, quietly, Mexico is starting to look like a rapidly developing nation that has promise and potential (notice I said POTENTIAL, not HOPE). GDP is growing at a faster rate than the US. Work ethic seems to be more embedded in the culture than their American counterparts, 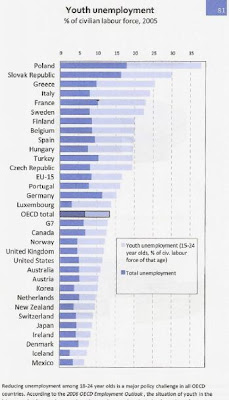 but above all else they have both lower corporate 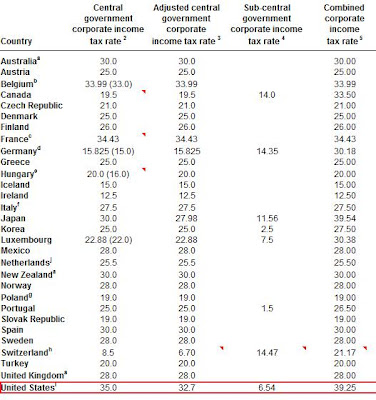 And while they certainly have some corruption issues, they are rapidly forming the perfect cocktail to start to catch up to their Gringo counterparts.

However, let me also add two items into the mix, so that if President Calderon is listening, he may avail himself and the Mexican people of some great economic opportunities and not have to suffer the same economic fate as the US;

1. With Barack Obama and the socialists now about to take over the US, the rich, the productive and the entrepreneurial classes of the US are going to be looking elsewhere to invest. The US has higher corporate taxes rates (which are bound to go up) and higher overall taxes (which are bound to go up) not to mention socially, it's just going to be a hellish time to be a productive citizen in the US. Mexico because of its lower tax structure can profit from this by doing some kind of promotion or advertising in publications like the Wall Street Journal and poach not only investment from the US, but entire corporate headquarters. Ford very recently decided to put its aptly named Fiesta plant in Mexico, I can foresee this happening 20 fold with other firms as well.

2. Mexico, is frankly, warmer than the United States. It could just be me in that I live in Minnesota and it's November already, but when I think about where I want to live, an igloo in Brainerd, Minnesota versus and nice small little hacienda on the ocean, the hacienda wins. This is a big draw for the richer classes, not to mention middle and poorer classes because who wants to deal with shoveling snow all this time when you can sit and soak up some rays, or heck, just not have to worry about a heating bill?

The only real problem Mexico faces is its corruption and crime issues. If these can be resolved or at least contained, and the government can guarantee it doesn't pull off an Argentina circa 1999 or 2008, it will attract capital more so than ever before as the potential for capital flight out of the US has never been so great.

It's simply a matter of whether Mexico wants to reach up and institute the policies to pluck this low hanging fruit.
Posted by Captain Capitalism at 10:19 AM

Now that the election is over and we know the President and (to within a senate seat or two) the makeup of Congress, I'd really like to hear your predictions for the tax rate over the next four years. Where do you think the top bracket rate will be? What do you think the business tax rate will be? I assume (hope!) the personal rate won't go back to 90% like in the 40's and 50's, since the bums would all get thrown out, but it's hard to figure out what it might really be.

I don't know if you take requests, but maybe you can dedicate a blog entry to the topic; I'm really interested to know your thoughts.

Also, really interesting discussion of Mexico, but as you said the crime/corruption is a real problem, maybe even worse than taxes. At least when the IRS takes my money, it might get spent on a highway or battleship somewhere. When you have to bribe a cop it just goes to decorate his villa. Are there any countries you can think of which have both low taxes and low crime/corruption? I'm a small businessman, and it's hard for me to move my company, but it's fun to think about.

Mexico doesn't tolerate illegal aliens. Those who come across their southern border from El Salvador and Nicaragua are beaten, robbed, raped, tortured, and often mudered by the police and army. The lucky ones are jailed, fined, and deported. Illegal aliens in Mexico don't get drivers licenses, health care, welfare, social security, or public housing. They aren't allowed to protest and don't have legal representation or nonprofit groups helping them. Their children don't get a free education. They don't get to vote in Mexico's elections and there is no path to citizenship.

Mexico gladly allows and facilitates their own unemployed citizens to go to the US.

Mexico doesn't have "crime issues." It has a "crime catastrophe." Nobody is going to move to a beachside hacienda once the current owners are beheaded by narcotraficantes or by corrupt police.

The whole social fabric of Mexico is on the verge of collapse due to the inability of the government to provide public safety.

I'm still trying to figure out how all of this crap going on right now is going to play out. US policies are definitely taking a turn for the worse, but it is worse than, say, the UK spending 40% of their GDP on a bailout? The US bailout is about 5% of our GDP. It's bizarre to think of the dollar gaining strength vs other currencies when the Fed funds rate is at 1%, but if more countries follow the UK's massive bailouts and we stop with what we've already done, it just might happen.

Normally, a stronger dollar means more imports, but who knows what kind of protectionist BS the Obamessiah is going to push, so maybe our purchasing power in terms of foreign goods will end up going down after tariffs are included.

One thing seems particularly likely, though; capital flight from the United States. Obama's not going to implement policies that encourage investment in the United States, and with a stronger dollar in the face of massive foreign bailouts, our money will go a lot further elsewhere. The combination of tariffs and anti-business regulation in the US might even push us into a trade surplus. Huzzah, first one since the Great Depression. :(

Now you're picking on your loyal Minnesota readers! I grew up in Brainerd! ;) I'm down in Rochester now and wouldn't mind getting back up there someday. The winters are a little frigid, but for some of the most gorgeous summers anywhere, I think it's worth it!

As for the tax situation, I hope the voters realize what's going on so we can correct the course in 2010.