America's Best Days Are Behind Us 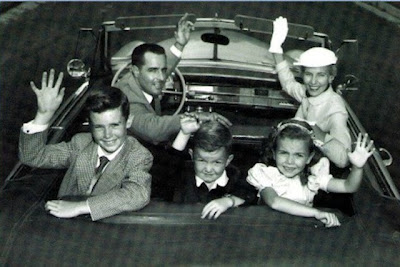 From an interview with Mr. Cotto of the Washington Times:

"When you go from Frank Sinatra to Jim Morrison in 8 years, that’s not a slow transition from musical tastes of society, that is an immediate change purposely forced by a generation determined to ignore wisdom, taste, culture and value just for the sake of doing so.
But music is only one aspect. Fashion turned hideous, divorce became an Olympic event, the idea of outsourcing your children to daycare became standard, nearly every aspect of work, effort, and ethic was thrown out the door and every non-economic aspect of society shows it."
Posted by Captain Capitalism at 3:00 PM

Here is a view on that quote from across the Atlantic:

Hrm, nice mention I guess. He tries to paint you as an extremist, rather than a realist.

Instead of simply accepting that social and economic opportunity is waning, and acting accordingly, he wants to quibble about whether or not people who think such things are crazy. In other words, he's still quite plugged in.

Sinatra had some good tunes but so did the Doors. Frankly, I prefer the Doors. Each generation thinks the generation below it has "lost it". There would have been old people opposed to Sinatra as well during his era.

Besides, not everything was great back then or there would have been no need or desire for change.

However people back then hushed up and swept a lot of dysfunction and taboos under the carpet to save face in "society".

Why do you hate Jim Morrison so much, Captain?

I am so sick of that shit.

"It was swept under the rug."

And now today it's out in the open.

With the added benefits of rap, crappy books, inferior people, AND NEARLY EVERY ECONOMIC VARIABLE AND MEASURE TELLING US WE'RE FAILING.

Because the Doors weren't that great. I'm mean, yeah, they were musicians, and they had talent, but I've heard trios in dive bars with more musical talent than them.

"And now today it's out in the open."

- Yes its better for child molestation, incest and other abuses to be exposed for what they are and dealt with appropriately.

The Doors weren't the greatest musicians in America, much the less the world. Heck, I'm not even a "fan" of any kind of American music, but Sinatra was no more "talented" if you are measuring musical talent. His voice wasn't even that great.


"And now today it's out in the open. Beyond economics, Clarey claims that “Kim Kardashian and the fact rap is more popular than jazz” lead him to believe American social values are crumbling"

- Cap, come on. You must be aware that jazz was considered tasteless, talentless and the music genre for riff raffs and other "anti-American" elements back in the day. It was associated with "drugs", licentious behavior and other "undesirables".

Either you were being disingenuous with that statement or you don't know the history of jazz.

"The reason why is because not only are all the new Americans (immigrants) against adopting and pursuing traditional American values (excellence, individualism, capitalism, freedom, etc.)"

- ALL the new immigrants?! Just days ago you wrote admonishing Manospherians for painting all women with the same negative brush, now you are doing the same with immigrants. How many immigrants do you know personally?

I know hundreds. I am quite active in a 2nd gen community and their parents are in the highest paying tax bracket because of their "excellence, individualism, capitalism, freedom" and on top of all that their hard work, saving, and putting lots of pressure on their kids to take their education and life in general seriously and not squander anything.

- Isn't that what you do? Many of your posts mention what a relaxed and fun lifestyle you lead all the while making fun of those fools slaving away in cubicles.

It seems that all the "we's" you talk about in this article are just another way of saying "I".

Come on, Capt. Sinatra is the king, no doubt. The mid-1960's were also no doubt the beginning of the wholesale decline of American culture. But every now and then there's a diamond in the rough and The Doors produced their share. Their music would not have otherwise endured as long as it has.

The social decline in this nation started when men's hats went out of style. I'm just saying.

yes, its over; the US is one its way to becoming england-west or maybe worse.

people like glenn beck say its time to stand and fight, sorry but that was 30 years ago at least. glenn doesnt understand this because everyone he meets is like minded and believes the same. if he spent one day going to places in a different part of town and went to work in a typical office job, he'd find he was the extreme minority in those that would lift a finger to do anything more than live their lives.

sorry, glenn; youre going to lose; hope you dont sell all your gold trying to save it.

Cap what do you think of economist Scott Grannis and his blog Calafia Beach Pundit. http://scottgrannis.blogspot.ca/

He has a post on Equity valuation which he considers more art than Science. I believe valuation is one of your areas of specialization.

The Captain is right. If you look at the effect of fatherlessness in the Black community, i.e. young boys turning to gangs to learn how to be men, and now with the rate of single motherhood increasing in all segments, the United States is poised on the edge of the abyss. Never mind the decline in music, fashion. That's all immaterial when the whole of the U.S. descends into gang violence Detroit or Chicago style.

People need to get a gripe! How can you enjoy the decline when you're even afraid to walk down the street.

Unless something is done, ALL of the United States will look like Detroit or the south side of Chicago

"outsourcing your children" how I love that term

leeholsen, you and anyone else with your attitude is why this country is losing. Fortunately, there are enough with the opposite view to correct things. Sadly, you assholes will benefit from our efforts. Hopefully there will be a period of civil unrest that takes most of your kind out and cleanses this country of losers.

I suggest you read Bill Bryson's "The Life and Times of the Thunderbolt Kid," about his growing up in the '50s in Des Moines, Iowa. He said he had a blast, and he doesn't those days are coming again.

People thought more about the future then and were more likely to do things to improve their lives in the future. They got an education, avoided getting a criminal record, got a job, got married, didn't have children out of wedlock or they couldn't afford, and voted for politicians who wouldn't run huge deficits and drive the country towards bankruptcy. People are much more like children now in that they only think about today. The adults have vanished.

That depends. If you're a bigshot at Goldman Sachs with first dibs on cash fresh off the Fed's printing press, it's the best it's ever been, and the best is yet to come. You have no reason not to enjoy the decline to the hilt, living large in Dubai or Shanghai on the pension money of the people who did all the actual work of making you rich.

Everyone else, men and women, is so far beyond screwed the Dirty Thirties (never mind the Forties and Fifties) will look like paradise by comparison. My suggestion: go long on razor blades, vodka and Smith and Wesson.

The 40s and 50s are an abnormal time. Why? Frist lets look at the rest of the world, Japan, China, Russia, Germany were absolutely destroyed by WWII. England had the shit bombed out of it and it was bankrupt. A lot of countries were seriously jacked up by WWII. And all the countries that signed up for communism voluntarily or by
force they were also economic basket cases. America was number 1 with no competition. That's the benefit of winning a war. If you wanted anything worth a dam anywhere in the world it came from America.

I very much agree with the good observation on the black community.
Jim Crow and slavery never caused the kind of damage to the black family feminism caused. When fatherlessness becomes wide spread in every known case it always leads to poverty.

I do not think America is going to end but faces some major shifts.
I am not a gold bug I look at it as a form of insurance not something to make money on. This guy has some interesting stuff.
http://www.internationalman.com/
In my opinion there are a lot of things you can do. You can make a lot of money if you want to too.