Why You Want to Be Walter Matthau

Walter Matthau, at least to the younger generations, is primarily known for his role in the Grumpy Old Men series.  Perhaps some of you even remember him as the sloppy bachelor, Oscar Madison, in "The Odd Couple."  Whatever the case, most people's perception of Walter Matthau is one of a man who played boorish slovenly characters. 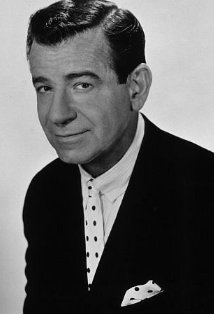 Does he look boorish or slovenly to you?

He was an average looking guy, perhaps even slightly below average, whose mastery of CHARM more than compensated for his looks.

Probably not, because Matthau's most popular work is the likes of The Odd Couple or Grumpy Old Men.  But if you did you would see a man whose demeanor, wit, pose and vocabulary compensated for any mediocrity in his looks.

Was his charm at least in part scripted like Cary Grant's lines?

Was there multiple takes to pull off the impression the director wanted?

But just like you should emulate the likes of Cary Grant's performance, so too you should aim to be as quick, clever, and charming as Walter Matthau.

There is also another reason Matthau should be mandatory viewing for all men -very few of us look like Cary Grant or Steve McQueen, but most of us DO look like Walter Matthau.

We're average looking schlubbs.  We're normal looking guys. Got a little extra weight and perhaps our faces are a bit muggy.  That didn't stop Matthau and it shouldn't stop you.  Unless you are horribly disfigured it is within the capacity of most men to craft, hone, practice, improve and deploy charm to the point their 5.5 face is transformed into a 8.7 man.  You can don a suit, you can keep most of the weight off, and if you have an inventory of lines or (better yet) a brain that can craft witty lines in context at a drop of a hat, you can achieve Walter Matthau.

Also, two things about Mr. Matthau you may not have known that would make you want to emulate him more.

And he was able to kiss and pinch the ass of Sophia Loren.  (Note the smile on her face).

How many of you can claim that?


Posted by Captain Capitalism at 6:02 AM

Also married to Barbara Bain back in the day. Impressive!

I saw Kate Upton on a line at Starbucks yesterday. I'm a bit better looking than Matthau. I wonder if I should have kissed her and pinched her ass? I'm sure that would have gotten me a quick slap in the face and tossed out into the gutter.

My son said "You have at least slap that ass when you have a chance, dad." He's right. I missed a golden opportunity.

Charade. One of my favorite movies ever.

Don't forget the very funny "Hopscotch" by him as well. Not a movie for the charm but still one about a man versus a modern eunuch all set with Cold War spies.

I loved Matthau in Charade. Great role in a great movie. Cemented his place in my mind as one to watch whenever possible.

He was a Staff Sergeant. Gunnery Sergeant is a Marine rank. Concur otherwise.

that only works with quick, clever and charming women.

hey cappie, first time commenter here.
another great matthau performance you shouldn't miss: The Taking Of Pelham One, Two, Three. the original, not the remake (never saw it), obviously. a great snapshot of 1970s new york, and excellent performances as well from robert shaw, martin balsam, tony roberts, hector elizondo... hell, even jerry stiller!
please give it a viewing if you haven't already. you're gonna love it.
keep up the good work, my dude.

Walter definitely one of the great ones. If you want to see him at his smooth, alpha-male best you must catch "House Calls"; an underrated gem. JAFO: you missed nothing by missing the 1-2-3 remake.

The Homer Simpson voice was originally based on Walter Matthau. You can hear it in some of the early episodes.

Matthau and others of his vintage represent real masculinity. They didn't worry about appearance-- it was all character and smarts. I despair of the metro fags who worry about their BMI and what labels their clothes sport. It was the natural character that held your attention to the screen and prolly no coincidence that those narratives were all about solving problems-- not CGI boomfests.

God how I hate the 21st century.

Matthau was a fabulous actor. Loved him in "Charlie Varrick". Loved all of his movies really.
A couple obscure must see movies of his are: "A New Leaf" with Elaine May and "The Fortune Cookie" with Jack Lemon.