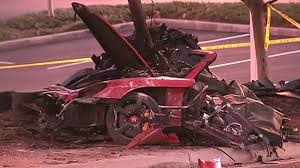 I have largely checked out of the realm of politics and finance.  Both entities/worlds are not controlled, nor influenced by me, but instead are determined by the unlimited sea of sheep, lemmings, and the politicians and corporate marketing shepherds that guide them into the slaughter house. This has turned politics, economics, finance, and in general, history, into a movie I watch, indifferent about the outcome, with no passion nor care about the characters.  This means most humans mean nothing to be, and so when they:

Buy a McMansion at the height of the housing bubble.
Investing in a dotcom in 1999.
Borrow $150,000 to major in a worthless subject
Volunteer at a refugee camp and get raped

and consequently have their lives ruined, I laugh at them because in my world they are merely non-sentient characters on the stage of life, all here for my entertainment.

So an article about IBM's stagnant revenues and profits prompting them to end their telecommuting policy, piqued my interest.  Was IBM having trouble?  Were their profits down?  I had no idea, I was too busy at the moment riding my motorcycle in the Black Hills to tune in.  But apparently it is true, IBM is having a bit of a tough time.  This then prompted me to research corporate profits overall and it seems it's the same movie being played at the "AMC CNCB Jim Cramer 25 Cineplex." 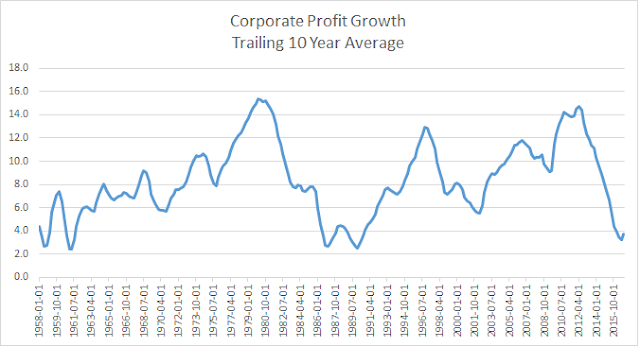 I know the democrat/socialist movie directors want to tell you in this movie the economy has recovered and this is the new normal, but in the real world this does not bode well for the entire country and the millions of sheep who have been told to invest in the stock market via their 401k's, IRA's and 403b's.  I was hoping that with sclerotic corporate profit growth, corporate prices would be equally slow to grow, meaning they'd be cheap for the millions of Gen X'ers and Millennials who would like to also contribute to their retirement plans.  But alas, even after the 50% stock price crash in the S&P 500 during The Great Recession, stock prices have not only recovered to their pre-cash levels, but grew an extra 11% over what corporate profits warranted, making them EXTRA EXTRA pricey for millennial and Gen X sheep to buy. 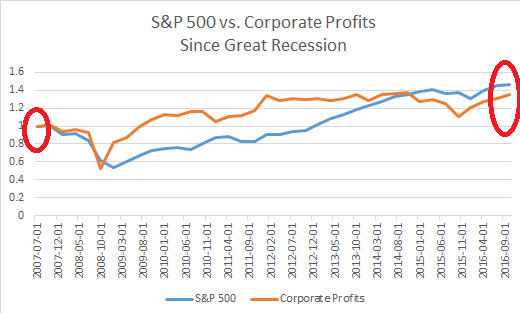 This is on top of a longer and historically larger bubble where the stock market is essentially trading at twice the value it should be because of all the:

flooding the US stock market. 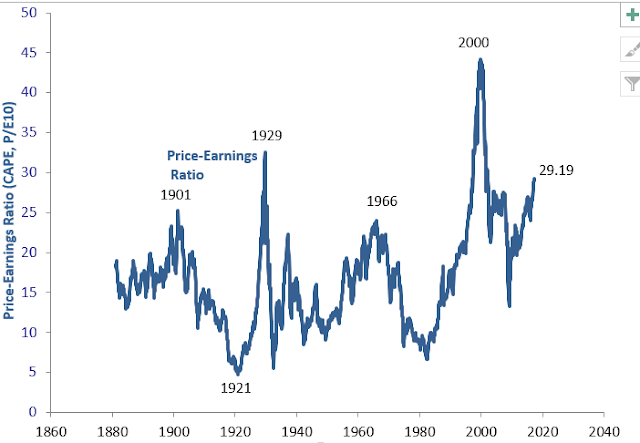 It is here I lose interest in the movie because I've seen this movie thrice before.  There was the "Housing Bubble" which came out in 2007 and starred Dick Fuld, Bernie Madoff, and Ben Bernanke.  There was "The Dotcom Bubble" which starred CNBC, Krispy Kreme Donuts, and a sea of idiot American sheeple.  And though most never bothered to view it, I did watch that old classic "The Tulip Bulb Bubble" starring the ENTIRE POPULATION OF HOLLAND.

And just like the "Fast and the Furious" series promises to be the last one, they'll drag Vin Diesel's and Duane Johnson's ass out again and again and gain...

It won't be until the American sheeple actually learn from history, will they avoid these once-per-decade financial crises they inflict upon themselves.  Until that time, enjoy the show and enjoy the decline.
_______________________
Podcast
Asshole Consulting
YouTube Channel
Twitter
Books by Aaron
Amazon Affiliate

No need to drag the beloved Fast and Furious franchise into it. And why not short the market to alleviate boredom?

As an insider, IBM has done this for several years. You are told late Friday afternoon that your job just moved halfway across the nation and if you don't show up Monday morning, it's considered your resignation. No moving allowance, no travel allowance - nothing - you're completely on your own.

It's too hard to cut costs by eliminating waste, improving efficiency and hacking out several of the 10 layers of executive management. They cut people every quarter, then wonder why sales are down, why schedules aren't met, why product and service quality sucks and why things break because there's nobody to do the work after they layed off the guy doing it.

IBM is a toxic waste dump of epic executive and management failure.

I would say you and Hussman are on the same page in a lot of ways.

Being Wrong in an Interesting Way

"It won't be until the American sheeple actually learn from history, ...."

Ummmm, they don't teach history any more. They teach feelings about events, an entirely different kettle of fish. At juncture you are whistling past the graveyard. We are pretty much right back we were in 2007/8, only deeper in debt with deprecated dollars to show for it.

P/E ratios can be higher because interest rates are very low. Based on interest rates fair value would be a p/e of about 28 for the S&P 500. That's what was calculated based on linear regression. If stocks are overpriced then bonds and treasuries are even more overpriced.

If we're in a bubble I wouldn't say that we are quite there yet.