Made a rocket run from Seattle to Billings, Montana, and after sleeping in, I shall head out and hunt down some moss agates as well as fossils in SE Montana.

In the meantime wanted to share a couple pictures with you all.  One is a picture of a bridge in Washington.  I thought the state of Washington was all trees and mountains, but instead it's truthfully mostly prairie and desert, interrupted with the occasional Columbia river or random lake.  Also included is a picture of Lake Coeure d' Alene (which I only drove past during night and never had time during the day to swim in, which I did) and the bar in Kellogg, Idaho where my "Staph Infected Hippie Chick" story was from, that is now closed. 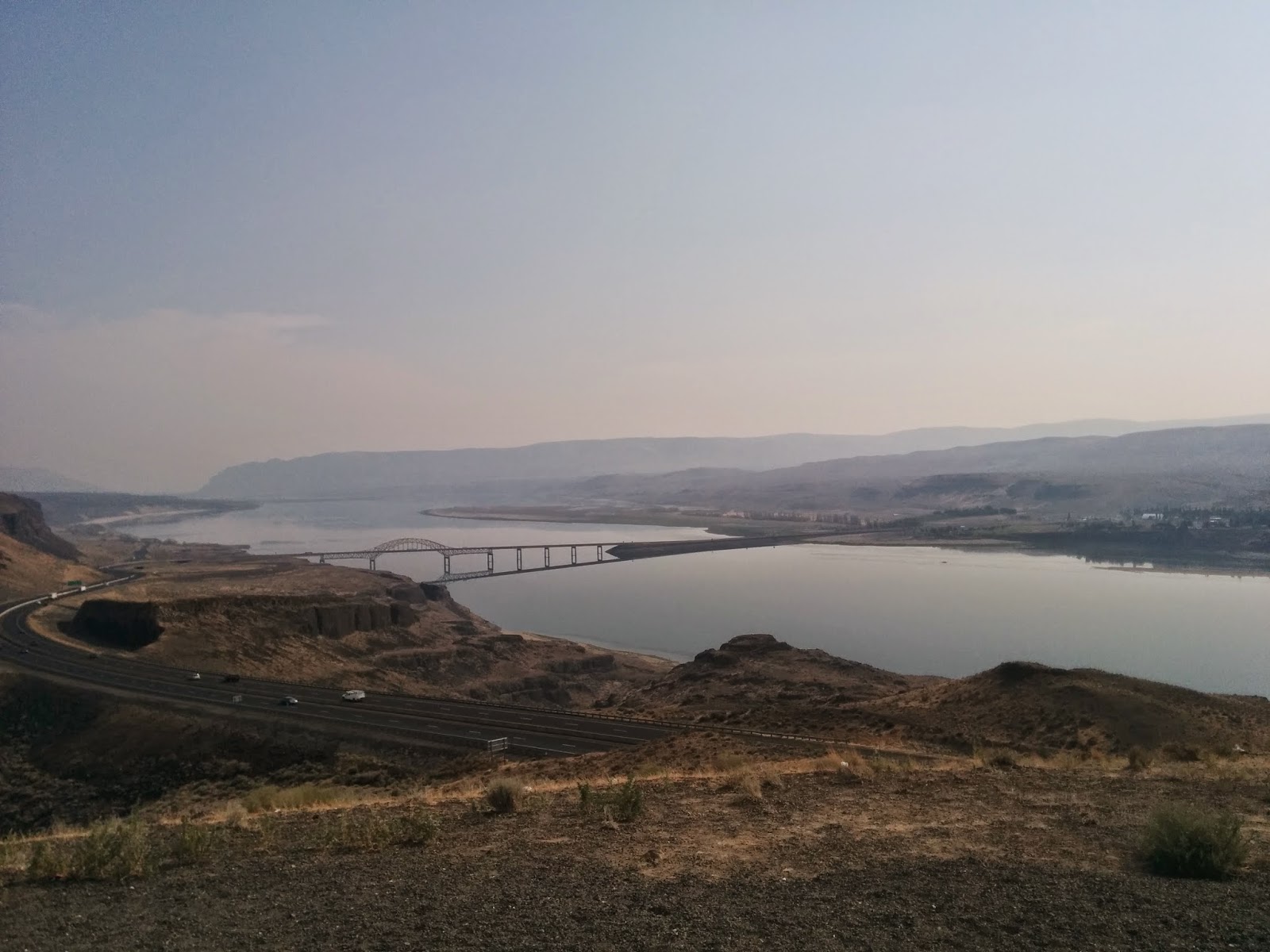 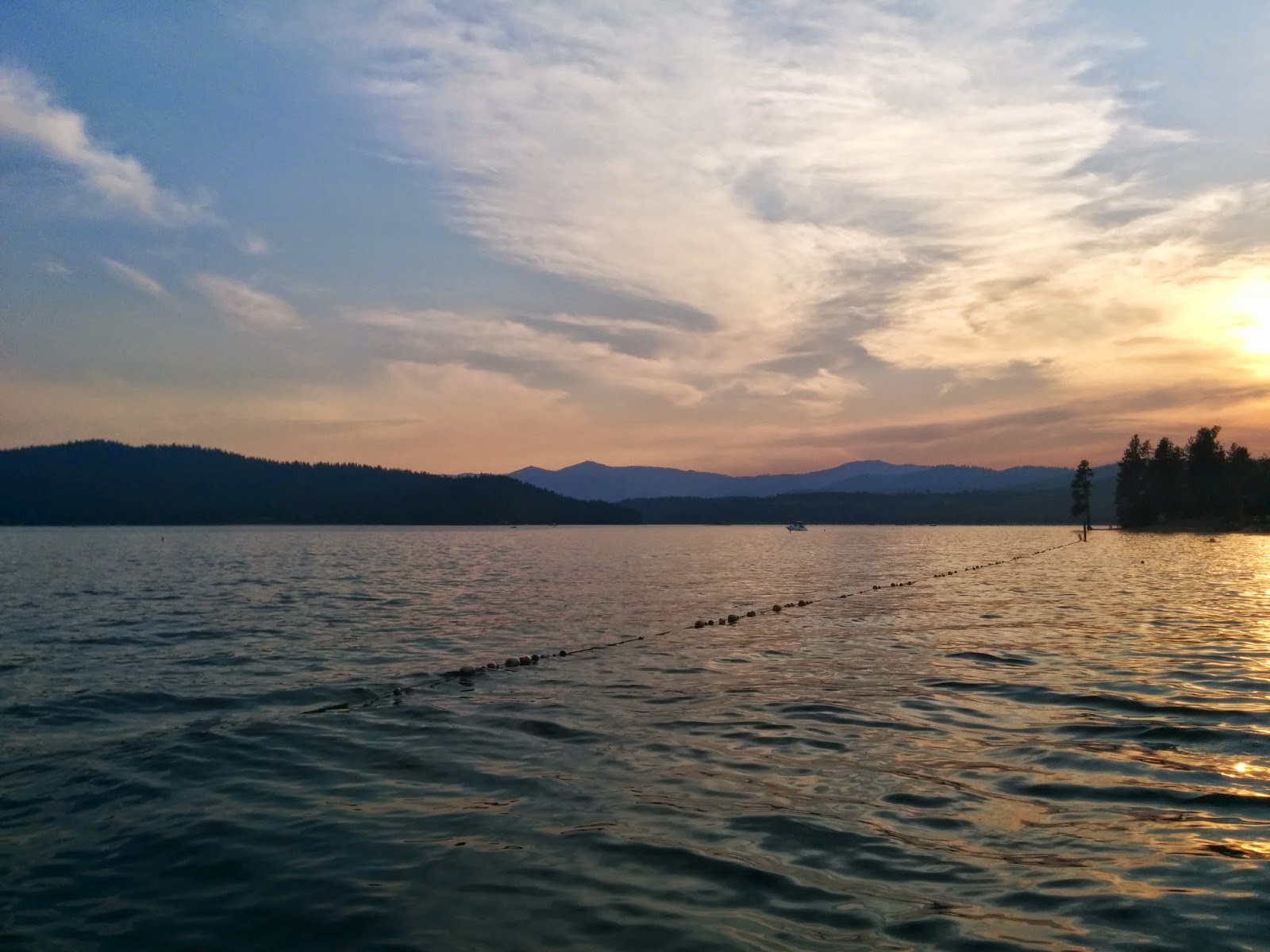 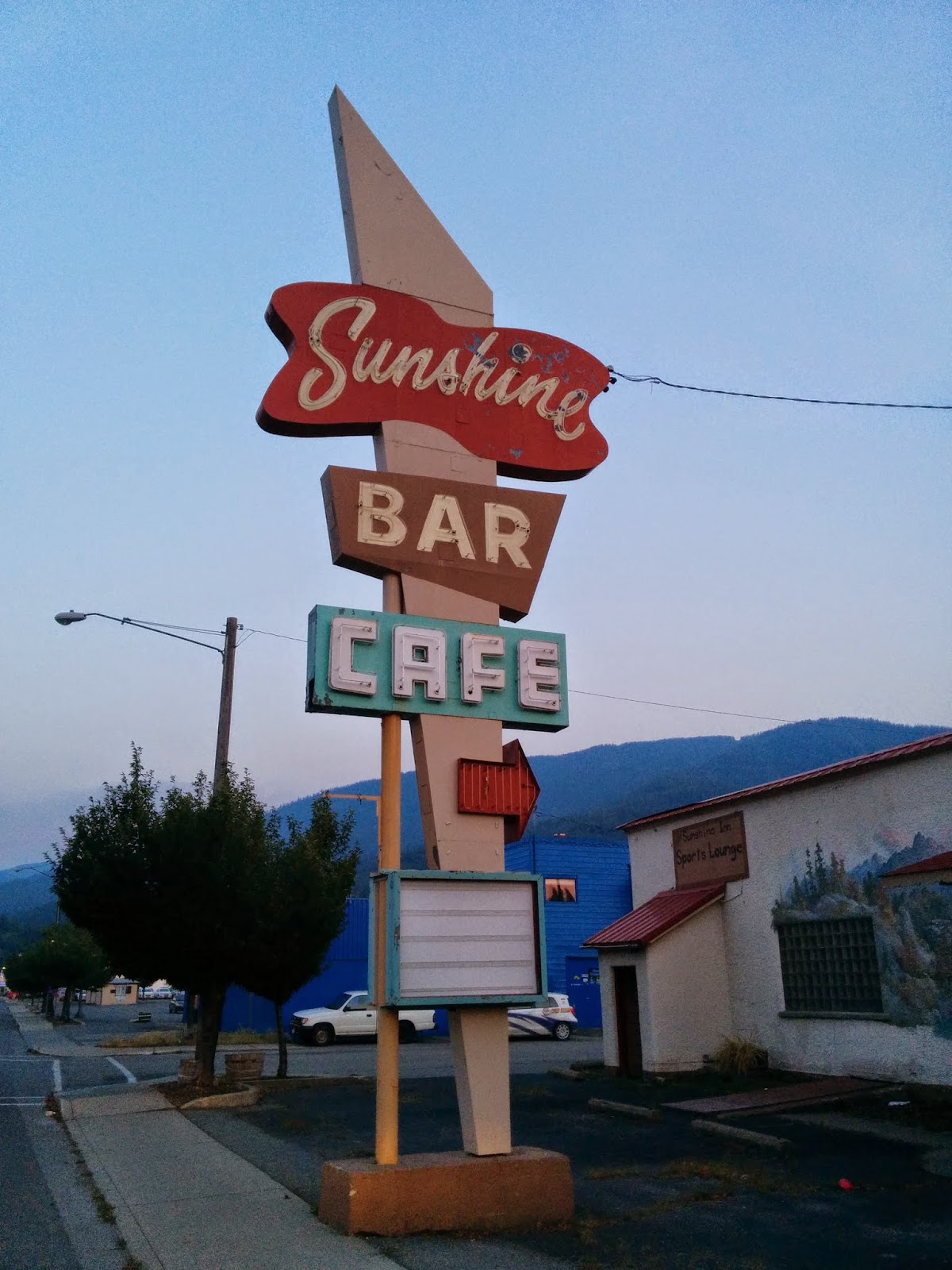 Posted by Captain Capitalism at 3:45 AM

It’s a common misconception about Washington that we’re all trees up here. Most of the state is dryland, and huge portion of it is actually desert. The magic of rain shadows and all.

Here’s a picture of the Hanford Nuclear Reservation in central Washington. Not exactly as you’d expect, eh?

The bridge in the picture is Interstate 90 where it crosses the Columbia river just upstream from Wanapum Dam at a little town called Vantage. I’ve crossed it hundreds of times. I’ve also boated under it quite a bit. It is about 60 miles northwest of Hanford.

Salmon run through there, too, so it’s a good fishing spot.

Oh, yeah, I live about 15 miles from where you took that picture of Lake Coeur d'Alene.

Pretty area. More trees here, but still quite a bit drier than most people picture when they think of washington. Sort of like northern clalifornia, only with more winter...

Yup. Only Western Washington is green. Once you get past the Cascades you might as well be in Nevada. Plus the wind blows all the time there. It is a horrible place but to get OUT of WW you have to ride through it.

Apparently the people who live there like it, however. They complain about how it is cold and rainy whenever they come visit us in the west. I guess everybody has their thing.

Have fun out there.

So did you take US 30 across Washington or I-80? Or did you take a more northerly route across WA. If you went the southern route, I would guess you caught US 95 north through Moscow?

One of my uncles used to go Agate hunting in Montana. You can also find some Petrified Wood in those parts.

Looks like the I-90 bride at Vantage. Did you take a peek at the petrified forest on the west side just north of the bridge? If not, recommended on a subsequent trip.

Next time you pass through, head down highway 12 and have a stop here in the Walla Walla valley. Lots of wine tasting available, plenty of it still does not come with a tasting fee. :)

Oh, Eastern Washington. For all that it's an incredibly uninspiring place, I still love it there. Home is like that, I guess.

heresolong - it isn't really that windy out here. Maybe just the times you've come over?

I think Eastern Washington is about the nicest place on Earth. You get everything - pine forests, high alpine, lowland desert, and even some taiga in the northeast corner. The only thing you have that we don't is rainforests, which you're welcome to...

I lived on your side of the Cascades for ten years. WOuldn't go back if you paid me...

Neither one of those routes exist.

The bridge that he posted is on Interstate 90.


Why didn't you do any hiking or agate hunting?