Why Worthless Degrees Will Never Go Away 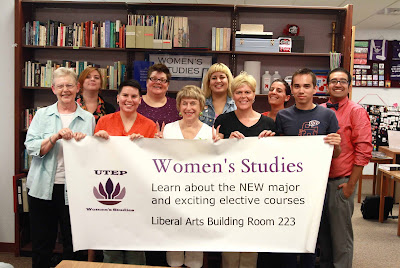 I got an interesting comment in the comments section today:

You are going to have to find a new gig dude. Your signature topic, worthless degress, is going mainstream. http://www.zerohedge.com/news/2017-06-15/four-reasons-why-college-degrees-are-becoming-useless Once that happens the camp of continuing the crusade disappears.

So what is plan B?

Great question young, aspiring economist!  And the Ole Captain will explain to you what his Plan B is.

Because while more and more people are starting to recognize the utter worthlessness of some college degrees, you misunderstand the market for them.  For worthless college degrees are not investments, or capital goods that will help increase one's earnings in the future, but rather egregiously expensive consumer items that are purely for the dopamine releasing effects on par with a wedding.  And it is because of this nature of worthless college degrees that the Ole Captain will be here to stay.

I've delved into this in detail before, but the short version is that real world and smart money has moved on from college and is rapidly divesting itself of this old and obsolete model.  Companies are bringing back training and "node education," allowing employees to advance and educate themselves within the company.  The IT and computer industry has long abandoned college degrees preferring certifications and testing for their ever-evolving and very-specifically needed skill set.  And even the smart high school students are waking up, taking classes online, opting to join the military, go to community college first, attending a trade school, or anything and everything to avoid worthless liberal arts degrees. All of this under the umbrella of rapidly evolving online education technology where classes and certifications that lead to better job prospects are being offered online for pennies on a traditional liberal arts college dollar.

But the key phrase here is "smart money."

And if my latest philosophical meanderings into the world of evil is any proof, there is ALWAYS stupid sheeple willing to be lied to and taken advantage of, which means a market for liberal arts degrees will always exist.

Certainly, a genuine and real epiphany could be being realized amongst American youth.  They may identify the baby boomer and Gen X professorial and teacher class for the generational vampires they are.  But this is only the smart youth, and they are outnumbered by the

slop that is being mass-produced by today's teachers and parents.  Worse, as I've said before, these sheep are completely sold college as not only a Utopian Nirvana, a place where they "finally" can graduate to and find their place in life, but a birthright, and entitlement that their then-17 year old lives have nothing else to live for.  With such a large and established infrastructure brainwashing these kids, with such a tasty and addictive lie, it doesn't matter how many smarter students are red-pilled on the fringes via the alternative media, nuclear families, present fathers, or even my book,

there is ALWAYS going to be sheep, willingly lining themselves up to be slaughtered at the altar of Big Education.

This is, of course, good news for me and my business.  I capitalize off of misled students and youth who, when dumped into the real world after Big Education has raped them of all the money they could borrow, are disillusioned, can't find a job, and have no clue why the world did not turn out the way their ne'er-had-a-real-job-in-the-real-world professors said it would.  It's certainly good money for me and it's certainly a booming industry to be in.  But, much as I want to capitalize off of evil, I hate the leftist teacher/professor establishment more as they not only have ruined my country, but ruined my youth and to a large extent my life with the exact same lies they're telling kids today.  It's why I set up Worthless Degree Awareness Month and why I constantly plug it.  And I conservatively estimate I've cost Big Education millions of dollars, preventing thousands of students from getting worthless degrees.

The problem (or "benefit" to my business model), however, with worthless degrees is two fold.  One, it's damn well near a decade later that ALTERNATIVE media and MAYBE some traditional media is SLOWLY starting to toll the warning bells about worthless degrees.  I tried my best to get the conservative and libertarian establishments to spread "Worthless" far and wide as the vaccination against worthless degrees AND the perfectly placed torpedo to destroy the left's future democrat voter factory - academia.  It was, and still is, the silver bullet that can end socialism in the west.  Of course, as you know, the Dennis-Pragery, Koch Brothery, Republican party conservative establishments are dumber and slower than hell, not to mention don't have the spine to take off the gloves and aggressively attack the left where it hurts.  Alas, we're making molasses-like-progress stopping an evil that should have been stopped a decade ago.  Two, low quality, low caliber, low intelligence students will always be duped into the liberal arts, no matter how apparent it is that worthless degrees are poison.  This has resulted in a stagnation, not a crash, of worthless degrees and worthless colleges.  Therefore, my market isn't going anywhere.  I confidently predict that I will continue to make money on worthless degrees well into my retirement because the right is incompetent and the amount of stupid being bred in K-12 is limitless.

Sadly though, yes, I would have liked to see every kid in high school read "Worthless."  I would have liked to see every parent force their kid to read it. And yes, I would have loved to hear about clandestine conservative teachers passing it around to their students in a hush-hush contraband like style.  It sure would've been nice to see the Socialist Titanic go down due to my one well-placed "Pen is Mightier Than the Sword" torpedo.  Instead it looks like we're in for decades more of debt-crippled Millennials, lost Gen Z'ers from broken homes, single mommy households, anti-free speech protests on college campuses, assassination attempts on congressmen, and a continued deteriorating of the west.

And I intend to profit off of it.  All of it.  Down to the last stinking penny.
__________________________
Check out Aaron's other cool sites below!
Podcast
Asshole Consulting
YouTube Channel
Twitter
Books by Aaron
Amazon Affiliate

Posted by Captain Capitalism at 10:17 AM

You will never be unemployed. The stupidity is still rampant with these kiddos and parents. I was talking to a young college student about a week ago after they had finished their second year of college. Eventually, the conversation led to what the student was doing for summer work and the college major. Well the major he stated he was studying was...HISTORY? I said politely, what are you going to do with a History Degree? I love reading history, but I never would have majored in history for a college degree. The young student said something along the lines of becoming a History Teacher...? ! All I said, after witnessing that stupidity, was, good luck. Just think, there are thousands like him inhabiting the world. Cappy, you will not be without work at all. He is a nice polite kid, but, was given some really bad advice by his parents (who are divorced, of course), teachers, and guidance counselors. Starbucks may hire him when he graduates, if he's lucky. The commenter you quoted is severely misinformed as to the stupidity that still exists in regards to earning a worthless degree.

I agree with you about the consumer good aspect. But surely that is only for the children of very wealthy parents. That is why many Ivy League schools don't even have engineering departments. It is also why Princeton and Brown don't have business schools or law schools.

Meanwhile, for those who actually want to study a career-oriented profession, the online options are growing in variety and validity. I contend that the departure of many of these students will lead to a wholesale collapse of many 2nd and 3rd tier universities (but not first tier, for the reasons you mention).

It is amazing how parents + taxpayers pay over $500K on the 'education' of a girl from K-12 and college, only for her to become completely useless to society in every way as a result (brainwashed into all the wrong things).

In all fairness to the Old Left, you ought to take a look at how the rise of worthless college degrees is so clearly linked to the decline of labor unions. Globalization and the marginalization of organized labor cut off a lot of upward mobility for the non-bourgeois middle class, who started filling up colleges instead. Basically, from the 1980's to the 1990's, and this is really when the leftist culture war started to heat up.

Businesses only now realize the mistake it was to mindlessly bash unions and then let their former future workers (yes, I know it sounds weird) become brainwashed by Marxist fake worker unions, so to speak. The fact that they just let this happen, in defense of socialists, is a major black mark on capitalism. Capitalists and big banks completely set up the Big Education racket by destroying most alternative labor training organizations, and I suspect a lot of "apprenticeships" or "badges" etc are actually deliberately designed to fail.

I never had a business entrepreneur or corporate representative thank me for my scholarship after high school and offer me a starting point on the ladder. Those extra 4 years of work have always gone uncompensated. This is how leftists get made and the neocon conservatives, the ones who despise Trump, are the ones who just let it happen for as long as they get to be fake opposition. It's a nice living for them.

Not a single bangable chick in the bunch.

Not an issue for me at this stage (I'm well over 50) but I recall quite clearly when such criteria was important....LOL LOL

(I guess at far right, in glasses and bow tie, would do in a pinch. LOL LOL LOL)

I have a network admin AAS, and a few certs. I tell family whom will listen don't go college unless needed.

Hey Cappy, look what I just saw, reminded me of your article!

Goes a lot further than that. When I was a kid you figured out how to make extra money. Many of the avenues that small business used to offer kids to learn business by working are closed. Between child labor laws and employment risk hiring the young is a non-starter.

I'm in college now for a degree in electrical engineering. This is my second round at college. I'm 35 now and MUCH wiser than I was 15 years ago. I was the naive student, always working hard, but had dreams of being a college professor in math.

Boy was I in for a rude awakening. Though I'm extremely happy in engineering and wish I could turn back the hands of time and majored in it to begin with, I stupidly through caution to the wind and believed that "following my dreams" was more important than anything. God, I was stupid. Now I feel a moral obligation to warn students not to fall prey to the bullshit that college professors and advisors tell you. I'm actually in favor of doing away entirely with liberal arts and other useless degrees. Students are being misled and I hope more of them see your message and head the warning.