I didn't know how to spell "Toddies" and, yes, I was too lazy to look it up. However, tomorrow it will be warm enough to do some scouting in my new home and so I shall drive north and potentially west this weekend to scope out some new mountain hikes as well as fossil hunting grounds. In the meantime you WILL read the following links.

Conformance is not optional.

No society will ever become great turning away free medical help from Good Samaritans on fanatical religious grounds. I'd like to tell them to "enjoy the decline," but they never ascended as a society, and so cannot enjoy a "decline" because they're already destitute.

Your Little Known History Lesson for the Day. Who knew!? 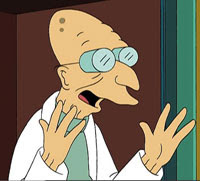 I still say we have an "Open Season" for bankers.

The Scafetta Model seems to have the motive of discovering the truth rather than bilking naive taxpayers addicted to the "Green Religion."

You do not have to lie there and take it. You can do like I did and move to a province that is more hospitable to sanity, profit, progress and reason.

When only idiots breed, the collective IQ goes down the toilet. That is the abbreviated version of this study. Of course, they can't come outright and say that, but I can. My "g" is Victorian Era Level. Polite, equally high "g" hat tip.

How now Brow Cow? Got what you asked for eh? I'm sure that the billions of years of evolution resulting in "male" and "female" genders in practically ALL animals was just a fluke. And a fluke to be ignored and fought against with no ramifications. Besides, we all know inherent genetic programming is sexist. You should ignore it. Nay, fight it. I'm sure you'll win in the end.

I remember teaching at a community college. I also remember being stupid enough at first to believe I was brought there to teach them. While tech school and vocational school is beneficial to the student, sadly there were so many other programs at the schools I taught it, it was obvious they were just there to make money and take the kids' money. "Cosmetology," "travel and hospitality," "culinary school," these and other "programs" at the schools were nothing more than scams. This only confirms an epiphany I had when I had to tutor a poor student who WAS mentally impaired and was still allowed to attend school - the education industry LOVES mentally impaired or "problem" students, because they can milk more money from that disadvantaged soul.

Don't see Lorax unless you're one of those milquetoast conservatives that like to complain about socialism, but then support whilst incidentally brainwashing your kids.

And finally, today's music therapy major brought to you in part by "Worthless."
Posted by Captain Capitalism at 11:36 AM

Thanks for the link.

How do you tell if your therapy works:

"So, how do you feel after listening to Maroon 5?"

"GREAT! Don't forget you have a $30 co-pay for today's session. Pay the receptionist on the way out and I'll see you tomorrow at 1 PM"

Thank you for promoting my blog! This is so nice of you.

Niceness has nothing to do with it. You write good and are very interesting. I also like to read your perspective since you are precisely my age and you grew up in the USSR.

Were you being sarcastic about the movie? Because Hollywood did make a movie about Dieter Dengler's amazing life. I liked the movie and the earlier documentary very much and recommend you check them both out.