You Can Visually Identify Male Weakness

That's all Adam Piggott (of Pushing Rubber Downhill fame) was saying on one of his latest podcasts.  Only problem was I was driving and couldn't see what this "Johnathan McAloon" character looked like.  And this was important because Adam's entire point was this "Johnathan McAloon" was your typical leftist, wanna-be journalist who wrote for the Guardian and the like, and he was speculating what the fellow looked like.  Sure enough, he found out and surprise, surprise, Adam was right.  "Johnathan McAloon" is indeed your typical wimpy, limp-wristed, hipster, testosterone deprived, looking leftist who still finds it his place to write articles on masculinity.

But then I took a gander at the next post on Adam's site and it's a bit about a hyphenated named couple on some cooking show where the husband has a perfectly coiffed beard and is essentially (like the name) submitting to his wife.  It's painful enough to read Piggott's article, I doubt I could tolerate watching the actual show.

Regardless, the point is be it an androgynous Guardian millennial writer or the perfectly castrated groomed hipster husband, anybody with sight can visual identify masculinity.  However, the real issue is whether you have a truly (and increasingly rare) independent minded brain to acknowledge this.  If you wish to choose to go down the road your K-college indoctrinators programmed you to, you'll immediately upchuck the same parroted lines of "well you never know, that hypenated named fella could be really strong!!!" or "that's not nice."  But if you're, once again, independent minded you'll accurately assess these people for who they are, and this is important, because then you will understand them even though they (and most of politically correct society) will claim otherwise.

For example when I see the girl with half a shaved head and the other half dyed purple, with multiple piercings and tattoos I am "brave enough" to simply deduce and acknowledge the truth - she is not somebody I want to have anything to do with.  She has no value to me socially, intellectually, romantically, sexually, financially, or in terms of employment.

You can say that's prejudice, you can say that's discrimination, and you are 100% right.  But I don't give a fuck.  I too am also 100% right and I'm not going to even waste a second of my time giving her the benefit of the doubt because it will simply cost me my time, money, resources, and sanity.

Or say there is a fat, loser VirginTOW who's hiding behind some avatar on the internet as he spews his "wisdom" about girls and how he could totally nail them all, but chooses not too.  Again, I don't have to waste a second of my time believing that person because of political correctness or politeness.  The empirical evidence moots whatever forced premises of "open mindedness" and "understanding" the thought police have forced on society.

So when it comes to taking in the entirety of today's western male population, especially if they're speaking from platforms about public issues, you absolutely have every right to judge these books by their covers, because their covers don't lie.

Skinny, wimpy millennial boys writing about how they're feminists AREN'T MEN AND HAVE NO CLUE WHAT IT'S LIKE TO BE A MAN SO DON'T LISTEN TO THEM.

Sad, pathetic, salmon-jean-wearing, bearded hipsters are not only NOT MEN, they are also NOT INDEPENDENT MINDED.  THEY ARE THE EPITOME OF CONFORMISTS.

And if you have some skinny, effeminate, pony-tail wearing, middle aged male professor, media personality, journalist, "social science expert," or some other form of faux authority figure telling you what women want, look at them; 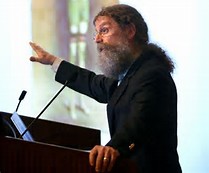 And then look at Steve McQueen: 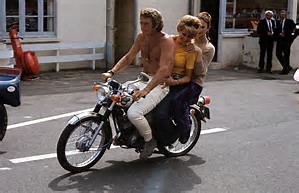 And then ask which one, despite all your K-college feminist brainwashing you were given, women are going to want to have something to do with.

The point is very simple and very important especially for Millennial and Gen Z boys.  There is a CONSCIOUS and PURPOSEFUL effort to eliminate masculinity from men.  It benefits no one, be it men or women.  And no matter how much they tell you the pretty lies you want to believe:

They're all lies that will ruin your life, and deep down inside you know it, because truthfully, you're just a lazy fuck who doesn't want to put in the hard work at the gym.

Knock it the fuck off.

And you can start by not listening to the emasculated wimps who visually lack any masculinity.
________________
You can also improve your pathetic self by buying some of my books.  Trust me, one page from one of my books is infinitely better than the decades of bullshit you've been fed by feminist professors and all-female public school teachers.
Posted by Captain Capitalism at 1:37 AM

If there's a "conscious and purposeful effort to eliminate masculinity from men [that] benefits no one", why is anyone doing it?

At start I thought you were going to write about movies, nice points in the article. But I am going to write a bout a movie. I haven't watched but I swear I met the following type of woman in my life. Watch the trailer:
http://www.imdb.com/title/tt0810913/

And let me know if its worth watching, its quite painful when it reminds me of those type of women.

I read the Spectator article when it came out and I thought 'faggot'.

And now, you have proved me correct.

The main reason most men go along with women is the eternal hope of "maybe I'll get to touch it". Newsflash: Men can exist without it because in the majority of the cases dealing with "the after" is just not worth it in any capacity of our lives. Made in America is not what it once was...inferior substandard paltry defective goods, that's what the westernized woman has to offer.

Hipster men are just like snowflakes, they think they are independent-individual-thinking men. But walk down the street, look into the crowd at any sporting event and the dude with the "perfectly coiffed beard" is everywhere.

@JC Bradshaw, one of many reads :http://www.rooshv.com/the-decline-in-testosterone-is-destroying-the-basis-of-masculinity, and look up globalist.

"...not listening to the emasculated wimps who visually lack any masculinity."

Just looking at them, you'd think that it would be self-evident.


seattle said...
"...Newsflash: Men can exist without it because in the majority of the cases dealing with "the after" is just not worth it in any capacity of our lives. Made in America is not what it once was...inferior substandard paltry defective goods, that's what the westernized woman has to offer.

SO true! It's ironic, but it seems that a guy has to experience for himself that the crap you have to put up with in order to have sex with women JUST IS NOT WORTH the sex that you get, let alone "the after". I remember when I lost my virginity, that I felt an IMMENSE feeling of disappointment about what I was led to believe was to be so great. Quite frankly, I had MUCH more fun, thrills, and excitement going skydiving. I'd like to forget the experience of losing my virginity, whereas I NEVER want to forget the first day that I went skydiving.

Well, these are all very interesting ideas... And so much evidence!