Why the Manosphere Will Unintentionally Become the 4th Branch of Government

The Manosphere's origins are truly organic, truly unintentional, and truly visceral.  There was no organized effort to bring its existence about.  No PAC or political group that created it out of whole cloth like "privilege" or "fat acceptance."  It was the natural result of men (and some women) comparing notes over a newly created media that allowed us to identify, expose, defend against, and combat various sociological, economic, and political trends that all aimed to benefit in a zero-sum-game off of men.

Because of it's origins, it has largely become an entity of refuge, therapy, education, information, training, and strategy to help first world men deal with the various problems that face them today.  We are a brotherhood, a fraternity that pretty much welcomes all comers, aiming to help our fellow man though either passing on wisdom, comparing notes, providing explanations or providing guidance.  But while this has largely been a self-help group, like many other entities throughout history, it will likely unintentionally become something else.

And The Manosphere, I believe will become the 4th branch of government.

Understand what the 4th branch of government is.  It's the media.  It's the news outlets.  It's the journalists, television personalities and talk radio hosts that keeps an eye on, and reports on the government, our elected officials or any other self-proclaimed leaders that desire to lord over us in a political manner.  Historically, the "traditional" or "Main Stream Media" served this function.  Reporting on Watergate, scouring over various economic and government data, interrogating people who wish to run for office.  But something interesting happened I'd say back in the 1960's.

Journalism was no longer viewed by those who wished to participate in it as a:

vital and important piece of society that guarantees, protects, and defends freedom,

easy job, that avoided rigor, only required writing, but then also gave you the ego-boost that you were some kind of crusader, some kind of hero.  It is why I hate journalism majors more than any other bar political science.

This ease and "glory" of the journalism field attracted not only the weakest of minds, but the most power hungry as well.  People who didn't care so much about intellectual honesty, intellectual temerity, or protecting freedom, but hacks, quasi-politicians, and egomaniacs who put their egos, careers, and pride above the American people.

The consequences were almost predictable.  Following the "Destruction Principle" (just read it first, and then come back, trust me.  It will be the "something you learn" everyday) these inferior people preferred to earn their journalism laurels not by working hard, exposing true corruption or evil, but rather by first criticizing and villainizing the established institutions in our society so they could then "take down those evil entities" with half the effort legitimate journalism required.  And soon all of our legitimate institutions that existed for very good reasons were under attack:

Unfortunately for the majority of Manosphere participants this was being done either before we were born or while we were children.  Doubly unfortunately our parents' generation fell for it, perhaps even participated in this urinating on the wisdom of our forefathers.  And without the internet for us to compare notes, we were left to be brainwashed by the schools, by the media, and with compliant (or at least) oblivious parents.

However, just because the MSM says something, doesn't make it true.  And just because the media tells you something, doesn't make it so.  And so for about 20 years proto-Manospherians in their teens and 20's wandered the desert aimlessly, completely and thoroughly confused as to why they were not succeeding in life doing what everybody told them to do.  It wasn't until the internet and some independent minded men who were driven to the brink of insanity, did they start positing different theories, trying different things, and compared notes did they realize what was going on.  But once they did, and this epiphany was realized, the entire lid of the feminists-socialist-media-government-education-complex got blown.

Which leads us to where we are today.

The Manosphere always was, and always will be a brotherhood that helps out his fellow man.  The father you never had.  The older brother you desperately needed to beat some sense into you.  The Morpheus forcing the red pill down your throat.  But there is one quality and trait that The Manosphere has that will supplant the MSM from its position of the 4th branch of government - truth.

See, The Manosphere only cares about the truth while the MSM for the past 50 years has been focusing on distorting the truth.  And while people can be fooled by the MSM for decades, inevitably when what they were told doesn't manifest itself in reality, the consequence is not just insanity, but an INCREDIBLY DESPERATE desire to have it explained why.  Nearly once a week I get a fan letter saying, "THANK YOU!" not because I helped some kind get laid, or that I prevented him from majoring in a stupid subject, but because I merely explained to him what was going on.  And it is this breath of fresh air that not only the MSM is mutually exclusive from delivering, but is the point where a person's trust will switch from the talking heads on CNN and their professors to guys like me, who constitute The Manosphere, giving us a platform.

You combined this platform, with:

the trust of the people, and
the truth

and whether you like it or not, you have the recipe for true, honest, and legitimate journalism.  The type that defends freedom, protects the people, keeps the government in check, and is what the MSM was supposed to be doing this entire time.

Naturally, of course, I don't see a ton of the writers that constitute The Manosphere dedicating themselves to "journalism."  I don't see them really desiring to do so.  They will continue on providing advice to men (and women) in whatever subsegment or specialty they're in.  But whether they realize it or not, they unconsciously ARE JOURNALISTS.  They ARE THE MEDIA. People are reading them in the exact same precise way they did newspapers back in the 80's.

Finally, the last way The Manosphere will supplant the MSM is in our numbers.  Our readership is BOOMING, while the MSM is in decline.  I recently did a piece on a Time Magazine author who's hamster ran at Mach 7, rationalizing her daughter's choice to major in "Politic and Culture of Food Studies."  In a genuine olive-branchian way I offered to mail her my book.  But when I looked her up on twitter I noticed something: 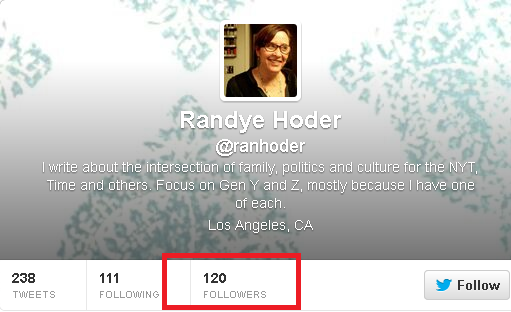 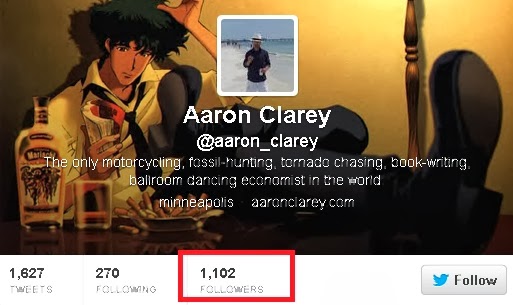 How does a TIME MAGAZINE WRITER GET ONLY 1/10th MY FOLLOWERSHIP???  It harkens back to the ABC 20/20 scandal where they had two 23 year old adult-children write an obvious hit-piece on The Manosphere.  If Time and ABC are giving their platforms to people with even less cache and experience than a novice like me, it only shows that the MSM is on the verge of collapse, or at least must keep up the charade of a legitimate news organization.  But what is ultimately driving the decline in the MSM's numbers and the skyrocketing of ours is that we're the first entity in the past 60 years to target America's least targeted, least concerned demographic - men.  I don't know how many fractions of a point you can increase your readership by when you constantly harp on women, focusing on the forever increasingly petty aspects of their lives.  Articles on how to get their cuticles done right.  Articles on what kind of tap water is good.  But did it ever occur to people in the MSM to maybe venture or attempt to capitalize on the male market?  I mean, they do after all account for about half the population on the planet.

Sadly, however, we know the answer.

"Men" was one of those "evil" institutions the MSM's 1960's strategy was based on.  "Men," just like profits, just like capitalism, just like freedom, had to be taken down.  And it has been such a core aspect of MSM for so long, it has become them.  They cannot disassociate themselves from it.

Aaron Clarey is a ballroom dancing economist who accidentally found himself making more money screaming truths at the internet.  He has this blog, but also hosts "The Clarey Podcast" and is the author of several books that every man (and woman) should read.
Posted by Captain Capitalism at 9:10 AM

"...The MSM can keep writing stories about "male privilege." "

And since "male privilege" exists for only the top 80-90% of the male population, those mostly-fictional 'hit pieces' can only last so long.
Thanks to the (increasingly disproven) extreme claims of its 'true believer' Chicken Littles, even the "global warming" boogeyman has become an increasingly-ridiculed exercise in shrieking how "the sky is falling!".

I like the new look of your site. It's easier to read black on white.

when I was in college, my classmates who had flunked out of their intended majors switched to psychology, no doubt hoping to learn how to disguise their lack of talent with learned techniques of manipulating people. Those who flunked out of psychology switched to journalism.

I've got more followers than that and nobody knows who I am.

Also: I cannot wait for the day we're the 4th branch. At least then there'll be some logic and reasoning behind what is reported.

(Also: Too bad us semi-regular commenters can't just login somehow and avoid the captcha/delayed comments. I promise I don't spam!)

Ok, Cappy, I gotta ask it. Why so much hate for us Political Science majors? Seriously--there are a LOT more useless degrees out there.

English. (WTF do you even do with that? Teach?)

Communications. (Because you need 4 years to learn to talk, evidently... is there ANY job ad that wants this?)

Sociology (I know there are a few applications for this degree. But there's probably 500 graduates per job.)

Psychology. (Again, how is this even useful, except for a few law enforcement jobs--I saw the CIA's website said they preferred this degree among others--, a handful of "counseling" jobs, and if you go all the way and become a doctor?)

Admittedly, they claim it's good for political campaigners, journalism, blah blah blah, but I haven't seen a lot of ways to apply my poly sci degree. (At least I went to a cheap school on GA Hope though, walked away with just a couple thousand in debt. And by couple thousand I mean less than 4k, haha. )

if we're a media outlet, then i assume i'm a sit-com.

I'm picturing the "Adam's Family Theme Song" with your Danny:

you better come down for the meet up. Mitch has the details on accomadations. but we're gonna watch the parades from my baby sisters place on st charles ave.

I guess the US has all the petroleum engineers, geneticists, distributed systems programmers, neurosurgeons, industrial chemists, and skilled tradesmen that it needs...

On the other hand, it might keep her entertained while working those late shifts at Mickey D's.

Journalism major reporting in. I'm almost halfway done and already I see the rot setting into the industry. I identify with our corner of the web much more so than with my fellow journalists.

Even her blurb about herself is dull. I wonder what her articles are like?